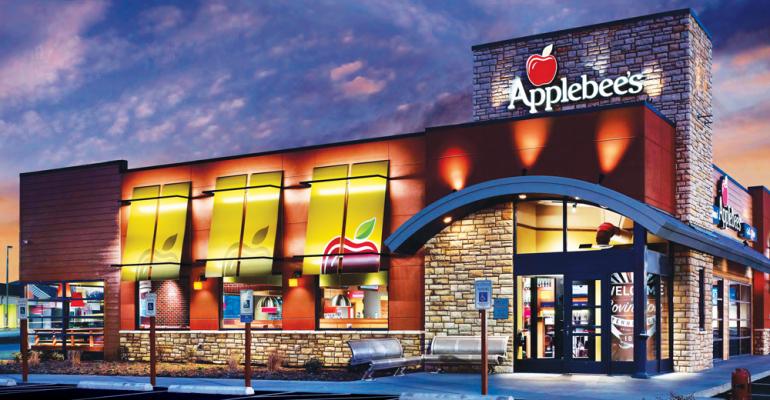 Wisconsin Apple has filed for bankruptcy protection but hopes to keep 25 restaurants in operation.
News>Casual Dining

Operator to keep 25 restaurants open during the proceedings, although sale is possible

Wisconsin Apple LLC, which currently operates 25 Applebee’s locations in that state, filed for Chapter 11 bankruptcy protection in the Western District of Louisiana last week, citing operational difficulties related to the coronavirus pandemic and a lien from its main creditor, according to court documents.

Wisconsin Apple was purchased by Louisiana Apple LLC, led by Seenu Kasturi, in November of 2019 with financing from Bremer Bank.

In the court filing, Kasturi said he had improved operations at the 29 Applebee’s restaurants acquired in November, improving their low service grades by the franchisor to “the upper range of Applebee’s franchise operations,” and also improved sales.

Applebee’s is a subsidiary of Dine Brands Global, based in Glendale, Calif.

All 29 restaurants were closed when the coronavirus pandemic hit in mid-March, and they began reopening in May, with 25 units currently in operation, although two of them have closed in the past two weeks due to COVID-19 cases. Those restaurants that are operating have revenue of about 30% what they had before the pandemic.

Before filing for bankruptcy protection, Wisconsin Apple had made a forbearance agreement with Bremer to pay past-due interest and to provide financial data.

“The furnishing of the financial data was not a task we could accomplish due to the many other challenges that our staff faced,” Kasturi said in the court filing, however, Apple Wisconsin did make payments totaling around $255,000 to Bremer in August and September “notwithstanding the fact that the restaurants were losing between $250,000 to $300,000 per four-week period.”

On Oct. 13, Bremer appointed a receiver for Wisconsin Apple, which Kasturi said it did without warning.

“Rather than let the restaurant go dark and have over 600 employees without a job, this Chapter 11 was filed,” Kasturi said in the court document. He added that he was in the process of filing for a debtor-in-possession loan, which funds companies in Chapter 11 bankruptcy so they can continue operations, as well as to use cash collateral held by Bremer to fund operations and pay employees.

He said he hoped the DIP loan would fund the restaurants until they reach a break even point or are sold, “if that is the chosen course.”