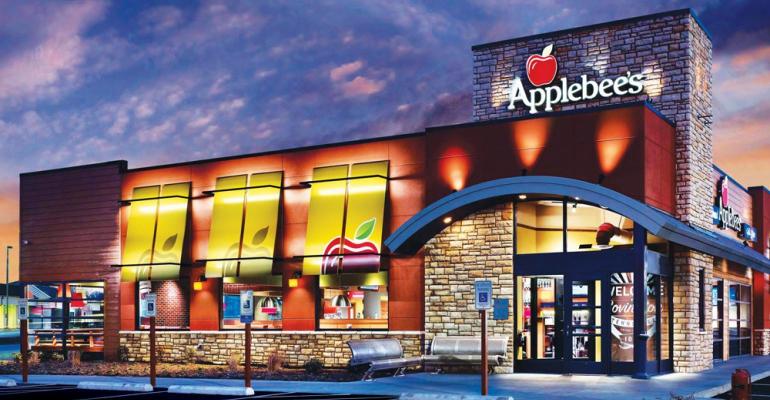 Applebee's
Apple Central LLC is a franchisee of the Applebee's brand.
News>Casual Dining

The director of operations for an Applebee’s franchisee in Kansas has been placed on leave after a leaked internal memo went viral. In the email, the executive suggests rising gas prices could allow employers to lower wages.

The email dated March 9 was posted to an r/antiwork forum on Reddit and then picked up on social media. Applebee’s franchisee Apple Central LLC executive director of operations Wayne Pankratz wrote that rising gas prices could benefit employers because it “will increase application flow and has the potential to lower our average wage.”

Pankratz wrote that most of the franchise operator’s employee base lives paycheck to paycheck.

“Any increase in gas price cuts into their disposable income,” he continued. “As inflation continues to climb and gas prices continue to go up, that means more hours employees will need to work to maintain their current level of living.”

Because workers are no longer supported by government stimulus, he argued, people will be forced back into the workforce. Competitors will be forced to cut employee hours or pay less to hit profit margins, and some businesses will not be able to hold on, driving more employees into the hiring pool.

“We all competed to hire out of the limited applicant pool and there was a wage war,” he wrote. “We all saw businesses hiring team members at $18-$20 an hour. They will no longer be able to afford to do this.”

Pankratz contends the labor market is “about to turn in our favor.”

Besides “hiring employees in at a lower wage to decrease our labor (when able),” Pankratz also urges managers to keep their pulse on employee morale, and to “be conscious” of their situation.

“Many will need to work more hours or get a second job,” he wrote. “Do things to make sure you are the employer of choice. Get schedules completed early so they can plan their other jobs around yours. Most importantly, have the culture and environment that will attract people.”

Attempts to reach Pankratz or Apple Central were unsuccessful.

Pankratz’s letter, however, took on a life of its own on social media, with some calling for a boycott.

Applebee’s parent company Dine Brands Global Inc., based in Glendale, Calif., on Friday noted that the casual-dining chain is almost entirely operated by franchisees.  Among 1,579 units in the U.S., only 69 are company owned. It’s not clear how many units Apple Central operates.

Kevin Carroll, Dine Brands’ chief operations officer for Applebee’s, said in a statement, “This is the opinion of an individual, not Applebee’s. We understand that the franchisee who owns and operates the restaurants in this market has placed the individual on leave. Our team members are the lifeblood of our restaurants, and our franchisees are always looking to reward and incentivize team members, new and current, to remain within the Applebee’s family.”

Meanwhile, several restaurant chains in the recent round of earnings said they did not expect higher labor costs to go away anytime soon.

Applebee’s restaurants secured more than 58,000 applications on a single National Hiring Day event in February, the company said in a recent earnings call.