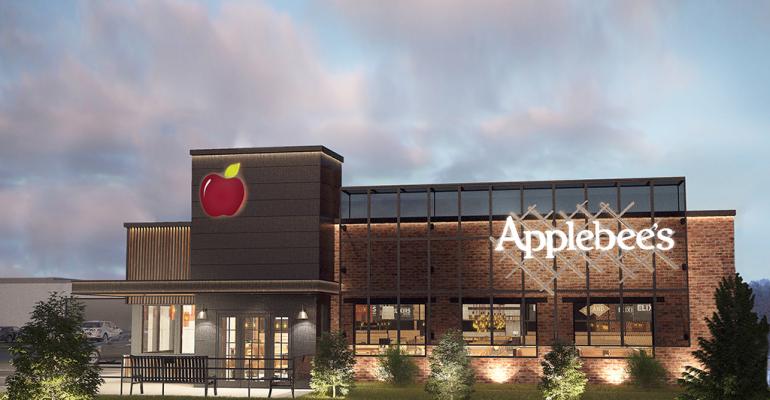 Applebee’s to close up to 135 locations

Applebee’s Neighborhood Grill & Bar expects to close as many as 135 restaurants  before the end of fiscal 2017, parent company, DineEquity, Inc. announced via its earnings report for the second quarter ended June 30.

“These restaurants need to close and perhaps should have closed long ago,” he added.

The company estimated that the final number of closures will fall between 105 and 135, in the wake of a 6.2% slide in same store sales for the segment.

Cywinski assured investors that the measures will have a minimal impact on overall sales performance as the potential targets qualify as “underperforming and perhaps brand damaging restaurants.”

While some potential closures did not hit targets, others are simply located in areas that are no longer prime territory, Cywinski said.

He also stressed that the brand turnaround will not occur overnight and echoed his reaction to the restaurant’s performance in quarter one by pointing out that scars from past missteps have not yet healed.

“Bottom line,” said Cywinski in reference to the brand’s decision to stray from a core-customer base in search of a new audience, “we’ve taken our eye off the ball here and we have work to do.

“In the short term, the accelerated closures at Applebee’s is likely to cause short-term pain in the form of reduced franchising segment profit, though we believe the removal of less profitable restaurants is crucial to sustaining franchisee profitability,” Wall Street analyst Stephen Anderson, senior equity research analyst at Maxim Group said in a report.

Cywinski is eyeing a recalibration for the locations that will remain and plans to reverse what he describes as a “clear pendulum shift towards Millennials.”

He said that the restaurant must return to its Middle American roots and discontinue efforts that he feels alienated Baby boomers and Gen X.

The Glendale, California-based, DineEquity’s may also shutter up to 25 IHOP restaurants after the brand slid 2.6% in same-store-sales for the quarter.

Despite the dip and projected culling of stores, the company remains positive about the brand’s future.

"IHOP remains on solid ground, despite soft sales this quarter,” said chairman and interim CEO, Richard Dahl. “I am optimistic about the growth in both effective franchise restaurants and system-wide sales.

Dahl also mentioned that the brand is currently engaged in tests for both delivery and the development of an IHOP mobile application.

Applebee’s and IHOP combined to generate about $21.3 million in net income during the quarter, or $1.18 per diluted share.

It represents a nearly 21 percent drop compared to last year’s second segment which saw more than  $26.8 million in net income or $1.45 per diluted share.

Total revenues were also down compared to this time last year, finishing at about $155.2 million compared to approximately $160.3 in 2016. This represents a 3.2 percent decrease.

DineEquity, which franchises more than 3,700 restaurants across 19 countries, also discussed the appointment of Stephen P. Joyce to the post of CEO during Thursday’s call. The move becomes official on Sept. 12.