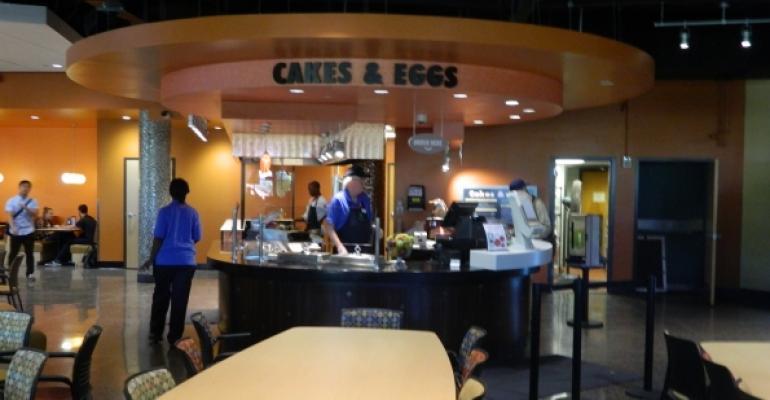 Breakfast boom: Winning over baby boomers at the morning meal

Baby Boomers are big supporters of breakfast. The Breakfast Journal is a Supplement to Nation&rsquo;s Restaurant News and Food Management. Get all of the articles from the November 2015 Breakfast Journal here.

They’re the generation that grew up on TV and a steady diet of fast food from the drive-thru. They’re baby boomers, and they love breakfast. But to attract this 75- million-strong group in the morning, officials at market research firm The NPD Group say operators will need to provide more than just the foods boomers crave.

According to the latest research from Port Washington, N.Y.-based NPD, in the year ended July 2015, baby boomers, adults born between 1946 and1954, represented about 25 percent of QSR breakfast traffic, and made 2.4 billion visits.

“They’re not using off-premise as much; they're cutting back off-premise at hamburger places,” says Riggs. “They’re eating on site at quick-service and family style [operations].”

As a result of the shift from off- to on-premise, boomers are spending more at breakfast. Boomers' average check at quick-service breakfast has risen to $4.36, a 2-percent increase over a year ago.

“More boomers are retiring, and they have time to spend at a leisurely breakfast,” says Riggs. “They don’t have the patience to sit in long lines.”

“[Operators] have to have these things,” says Riggs. “Then [they] have to tell people about it.”

Founded in 1987, Good Times, which specializes in premium burgers and frozen custard made with all-natural ingredients, was already big with the boomer set when it launched breakfast three years ago.

“Boomers were right at the heart of what we were, are,” says Amy Nedwell, Good Times director of marketing. “They started with us.”

The 38-unit chain launched breakfast with one of the top morning meal foods ordered by boomers: the breakfast burrito. Good Times’ burrito is made with eggs, shredded cheese, spicy green chile and homestyle potatoes with a choice of adding sausage, bacon or chorizo. Priced at just $2 the burritos cost significantly less than many of Good Times' competitors’ breakfast sandwiches.

To drive boomers to its new breakfast, Good Times launched a breakfast-centric version of its popular animated video featuring a hippie driving a VW bus. In the breakfast version, the bus bounces on its way to New Mexico to source authentic green chiles for the burritos.

“We do a lot of shtick that way,” says Nedwell. “It does really resonate with boomers.”

The ad, which has run several times since the initial launch, has been extremely successful. Breakfast sales increased 20 percent following its most recent run online last April and May, and then held steady for two to three months after. Breakfast now accounts for 9 percent of Good Times’ business, up from 6 percent when it first launched.

While commercial restaurant operators are targeting boomers at the morning meal, the opportunity is not lost on Eurest Services, which operates some 2,000 cafes inside locations such as manufacturing plants, high-tech firms and Fortune 500 companies across the United States.

“[We used to] put a small emphasis on breakfast in the past … it used to be an afterthought,” says Michael Fiato, Eurest Services vice president for customer experience. “Now we put a big emphasis on it.”

In the last two years Fiato has traveled to 700 Eurest cafes and conducted conversations with more than 45,000 guests, a majority of whom are boomers, to gain insight into what they want at breakfast.

“With this process we’re able to drive sales, dive deep into demographics, regionality,” says Fiato. “It’s a huge advantage for us.”

Among Fiato’s findings are that boomers prefer to eat healthy fare, such as whole grain options and eggless dishes, offered at traditional, predictable meal times. And while boomers are old school when it comes to service — think servers who remember their name and order — they’re also on Facebook and Instagram.  And Eurest is seeing boomers signing up for its app in the same way they see millennials doing so.

Fiato says marketing to this group by creating predictable food events and then posting photos of the food on Instagram has been a highly successful tactic. For example, French Toast Fridays and other promotions tied to a specific day of the week have worked quite well to drive traffic.