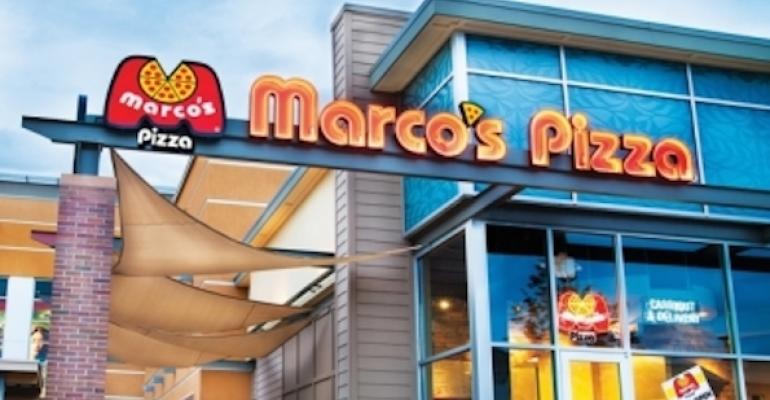 This is part of the On the Margin blog.

Third party delivery providers are all the rage right now. Numerous companies, like Postmates and Door Dash, Uber Eats and GrubHub, offer to deliver food from any number of restaurant concepts.

This has expanded the choices customers have when they’re hungry but don’t want to get off their couch. Not surprisingly, this has affected pizza players.

But it’s not hurting their sales. Rather, it’s doing something else: Making it a lot harder for them to find delivery drivers.

“There are people out there sucking up the driver pool,” said Byron Stephens, president and chief operating officer at Toledo, Ohio-based Marco’s Pizza, in an interview during the NRA Show.

The companies intensify competition for drivers, and many drivers prefer driving for the delivery services because they don’t have to do non-driving work, like folding boxes or cleaning the store after close. They only have to drive. “That’s where they make their money,” Stephens said.

The implications of this could, in fact, make for major changes at pizza concepts.

Marco’s is testing a couple of strategies to deal with the problem.

The chain is testing the use of contracted delivery services in two markets, Lansing, Mich., and Columbus, Ohio.

But it is also testing the use of its own fleet of logoed delivery cares in Atlanta.

By using its own fleet of cars, pizza restaurants expand their base of potential drivers to include people who don’t have their own cars or don’t want to use their cars.

For instance, they could be high school or college students who would otherwise drive their parents’ cars.

Indeed, Marco’s isn’t the only one putting its own cars out there. Domino’s has introduced the Domino’s DXP delivery vehicle.

As it is, Marco’s recently changed its franchise agreement to include the requirement that operators establish their own fleet if they can’t find drivers. Stephens said the company puts its own logo all over the car, so it’s clearer where the pizza is coming from. It’s also a better advertisement for the chain.

While it remains to be seen whether other concepts will adopt a similar strategy broadly, or even if Marco’s will, it could become a strategy if the hiring challenges persist.

In any event, it seems the days of pizza delivered by a rusted Toyota Corolla with the brand’s sign on the roof may be waning.