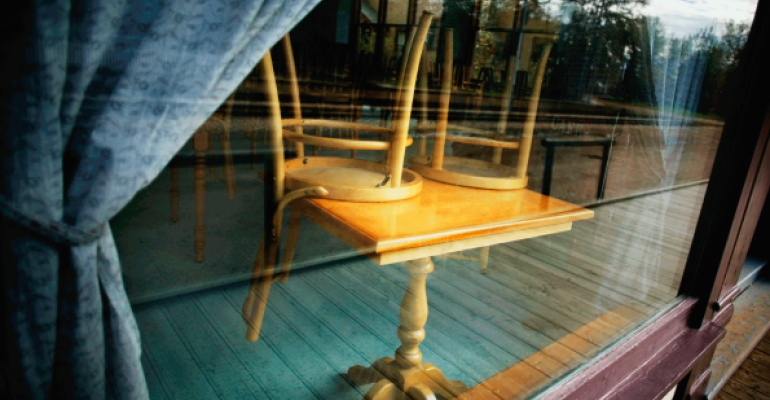 Why casual-dining restaurants should close thousands of units

Casual-dining restaurants have seen declining sales and traffic for a decade now, and as a result, there are fewer of them. The segment’s share of the supply of restaurants in the U.S. has shrunk since 2007, according to BMO Capital Markets analyst Andrew Strelzik.

Yet there are still too many locations. Strelzik estimates the market is oversupplied by as many as 4,500 units, based on demand trends since the recession.

Closing restaurants, however, is easier said than done. For various reasons, the segment’s oversupply is likely to persist — shifting sales from one chain to another as concepts work to lure from a declining share of the nation’s restaurant business.

“When you look at the chains, they’ve been slow to adapt to the changing environment,” Strelzik said. “There’s just a pervasive optimism among management teams. When you’re thinking of ways you can improve and ways in which your brand is different, there’s an optimism that the brand can win.”

Casual-dining restaurants are struggling for many reasons. For one thing, there are a growing number of competitors in the food business. Fast-casual concepts have been growing and adding units at a breakneck pace, and they get much of their business from casual dining.

In addition, grocers have added prepared food options. Consumers are also putting a premium on convenience and speed where casual dining is weakest.

“There are a lot more eating options out there,” Strelzik said. “There’s obviously a huge trend towards convenience, and casual dining doesn’t hit on convenience.”

As such, the share of restaurant traffic going to casual dining has been in a steady decline. Casual-dining traffic has increased in only four months since 2012, according to data from the MillerPulse restaurant survey.

Casual dining’s share of restaurant industry transactions has fallen by 20 percent over the past eight years, according to Strelzik, to 8 percent in 2015, from 10 percent in 2007.

But the segment’s share of restaurant industry locations has only declined by 10 percent, according to Strelzik. Twenty-three percent of restaurant locations were casual dining in 2015, down from 26 percent in 2007.

In his report, Strelzik estimates that for every 100-basis-point decline in transactions, the sector needs to close 800 to 850 locations to balance supply and demand. Casual-dining transactions have declined by 100 basis points every year for the past seven years, but unit count has not declined by more than 800 locations since 2009 and 2010.

Strelzik therefore estimates the sector is oversupplied by 3,000–4,500 locations in the U.S.

But closing units is not so simple. Executives are trying to grow sales and add locations, not reduce them. All of them believe they have plans that could reverse sales slides. Many of these strategies succeed, at least in the short term, so there’s little incentive to shrink.

And there’s always someone willing to take a chance on a brand name. A number of investors are willing to gamble on chains being sold for ultra-cheap prices.

Many brands are franchises, with franchisees who are not eager to close locations. And then there are independents, which are even less likely to close locations. Those operators are earning a living and are more likely to hold onto locations as long as they’re generating cash flow — same-store sales and traffic are thus less important.

Several companies have declared bankruptcy this year and others have closed units, such as Ruby Tuesday’s decision to shut 95 locations. Continued sales and traffic declines — and there’s little to suggest an improvement — could force more of these decisions.

Still, demand for real estate is so high that many closed locations are quickly filled.

Also, there continues to be money flowing into the restaurant space from bankers and investors. For all of the industry’s struggles, it is still in better shape than, say, brick-and-mortar retailers, and is thus a popular target for those looking to generate returns.

This continued investment promises that a correction is unlikely anytime soon.