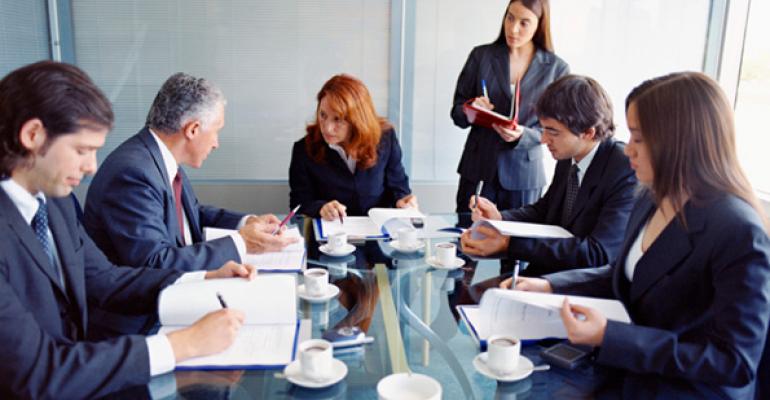 Franchisees spend a lot of time and energy, and their own money, investing in a brand. So why aren’t more of them on company boards?

It’s not uncommon for chains, especially small concepts, to put franchisees into the CEO chair. Boston-based Cosi Inc. has a former franchisee as its CEO in R.J. Dourney. The most notable example of such a move at a big chain came when Burger King tapped Steve Wiborg to head North American operations shortly after 3G Capital bought the chain in 2010.

But it’s relatively rare to see them on public company boards. This summer, Famous Dave’s took that step by adding 11-unit California franchisee Anand Gala to its board. Bojangles’ Inc., meanwhile, has a franchisee on its board in 50-unit operator Tommy Haddock.

Plenty of franchisors do listen to franchisees. They have advisory boards and councils. In some instances, like that of McDonald’s Corp., they put important issues before franchisees in votes.

But having existing operators in decision-making roles is another thing altogether.

“Previously, there were layers between myself and the board,” Gala said in an interview. “I didn’t get opportunities to speak directly to the board that sets strategies and approves strategies. To have that level of influence and involvement is game changing for the business.”

Roark Capital-owned CKE Restaurants, Inc., owner of Carl's Jr. and Hardee's, has had franchisees on its board for years. Daniel Ponder (Hardee's) and Carl Karcher (Carl's) were on the board when CKE was a public company, and have remained through two acquisitions. "They're great additions and have been meaningful contributors," CKE's CEO, Andy Puzder, said in an email. "Plus, the franchisee community feels more involved and confident in how the company is run."

Company boards set strategic direction for a company and oversee performance. There is considerable pressure on public companies to ensure that a company has shareholder interests at heart.

This can actually differ from the interests of the franchisees, which are, in a way, customers of a franchisor that sells them the right to operate the brand.

Those interests aren’t always aligned. That has been evident during McDonald’s Corp.’s recent struggles. Investors pushed the company to sell real estate, for instance. The franchisees did not want them to do that. In this case, the franchisees won out.

And franchisors make their money from franchisees’ top-line revenues because they take a percentage of those revenues as royalties. Franchisees prefer making a profit. And they prefer simpler operations. Those can go against what a brand might want.

Still, franchisees are the ones who deal with customers every day and who present the brand's face to the general public.

What’s more, franchisors are increasingly relying on these franchisees to run their brands’ operations. Franchisors have been selling locations to operators at a breakneck pace. And some of these franchisees have grown into large-scale operations with major infrastructures and sophisticated investors.

Putting a franchisee on the board, he said, can align the respective interests.

At the very least, Gala said, restaurant companies should have operations experts on their board — which is a key role he plays at Famous Dave’s. “If you’re not going to have a franchisee on the board, have somebody who has run a restaurant company,” he said.

This story has been changed from its previous version.

Update Nov. 24, 2015: This story has been updated to include comments from CKE Restaurants, Inc. CEO Andy Puzder.