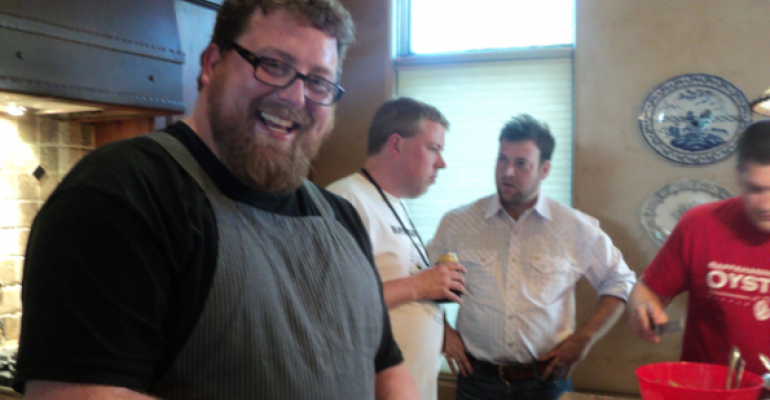 Where’s the Colorado in Aspen?

Here’s the thing about Aspen, both the city and the Food & Wine Magazine Classic in it: Although it’s physically in Colorado, it’s not really part of it.

Aspen the city, once a fairly run-of-the-mill mining town, has evolved over the years into a resort that celebrities and other exceedingly wealthy people — an inexplicably large number of them tall, beautiful and blond — have made their home, driven up prices to astronomical levels and made the place a cosmopolitan international playground that is priced out of the range of most Coloradans.

I’m simplifying matters a bit — as a kid growing up in Denver I did have occasion to go to Aspen from time to time, always during the off-season, camping in the condos of some wealthy family friends from Arizona — but Aspen’s identity as part of the international resort circuit for the astoundingly rich is certainly more important to it than its role as the seat of Pitkin County, Colo.

As for the Food & Wine Magazine Classic in Aspen, although the first word in the event’s name is “Food” and the word topping all up-to-date lists of food trends is “local,” you’d be hard-pressed to find any food or beverage from Colorado at the event. Although Colorado is the home to some of the best beer in the country, if not the world, most of the beer served at the Classic comes from the large portfolio of the Belgian beer company that is a sponsor. Colorado cheeses and charcuterie are establishing loyal local followings (some was sent to NRN’s offices last year and it knocked our socks off), and some very fine Colorado distilleries have been snatching up national and international awards.

The state is of course well known for its lamb, but local farmers also have for decades been growing what is now arguably the trendiest grain in the country — quinoa.

You don’t generally see much, if any, of that at the Food & Wine event.

That changed a little this year. A Thursday party at Chefs Club, a new restaurant in the St. Regis in Aspen established in partnership with F00d & Wine that features dishes of celebrity chefs — included a tasting of local products, including ceviche made from farm-raised tilapia, and cheese from nearby Buena Vista, about 60 miles from Aspen. 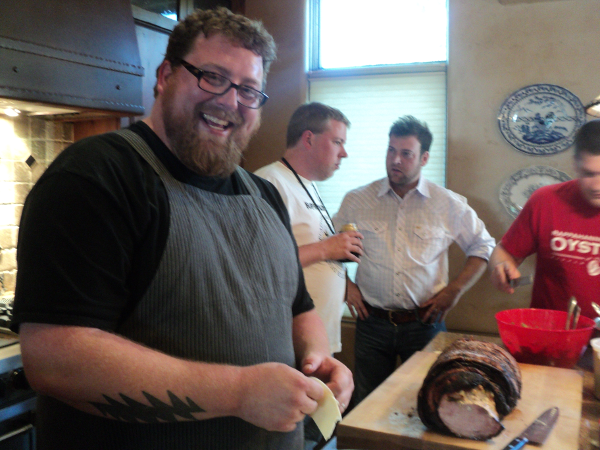 And, as I mentioned in my last blog entry, the National Pork Board’s not only featured sausage, porchetta, ribs, charcuterie and more from Denver chef Justin Brunson of Old Major (pictured at left), but some very cool local beer, including some aged in wine casks.

If there was other Colorado flavor — and there might have been; there’s a lot going on at the Classic — I missed it, unless you count Bobby Stuckey, master sommelier and owner of Frasca Food & Wine in Boulder and a frequent participant in the American Express Restaurant Trade Program.

I suppose he does count.

I don’t think Food & Wine needs to feel an obligation to represent Colorado in Aspen. As I said, Aspen seems to exist in its own bubble anyway, but considering how much many of the chefs they highlight there stress their appreciation of the local farmers and artisans in their own communities, it might be worth a thought to consider what Aspen and its neighbors could provide.