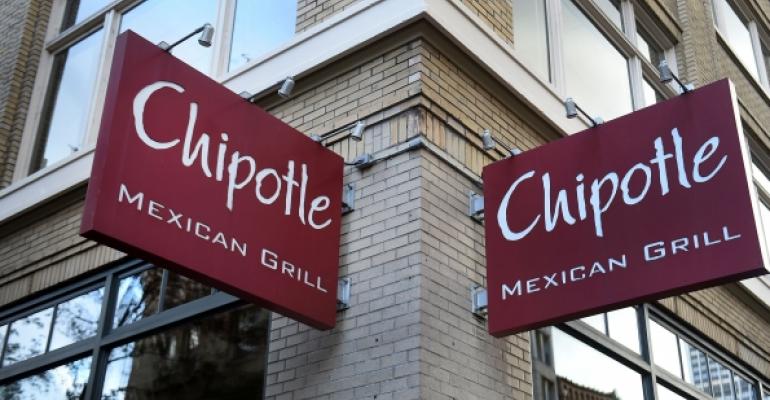 When will Chipotle's sales recover?

The E. coli outbreak at Chipotle Mexican Grill restaurants has had the predicted impact on the chain’s sales. The company has said that same-store sales this quarter will likely fall 8 percent to 11 percent. And the incident has tarnished the chain’s once golden reputation.

The good news for the company is that those sales should return, even if it might take some time, based on past outbreaks.

Restaurants are frequent sources for foodborne illness outbreaks, according to federal data. But big outbreaks involving a single restaurant chain over multiple states don’t happen often — the last was in 2012, when tainted sprouts sickened customers at Jimmy John’s.

When they do happen, customers immediately stay away from the concept, as sales tend to slow down dramatically in the weeks when the outbreak is in the news. Once that news dies down, customers start to return. How long it takes to regain those lost sales likely depends on the severity of the problem.

Maybe the most comparable incident to that of Chipotle, at least involving a public company, was the 2006 incident at Taco Bell, when an outbreak of E. coli sickened 71 people in five states.

Unfortunately, the country fell into a terrible recession by the end of that year, which makes it difficult to determine exactly when Taco Bell regained those lost sales.

To get a sense of how long it could take to regain those lost customers, it makes some sense to look at a more severe outbreak.

That happened in 1993, when more than 700 people were sickened after eating tainted burgers at Jack in the Box restaurants.

The Chipotle incident isn’t in the same league, by the way. Four people died in the Jack outbreak, which had widespread implications in the agriculture and restaurant business, and led to current recommendations on food handling, cooking temperatures and E. coli infection reporting. It’s widely considered a seminal event in restaurant chain history, impacting how many concepts prepare their food.

Even then, customers returned, though it would take time. In the quarter when the outbreak was discovered, the chain’s same-store sales fell by more than 22 percent. But the decline eased to 9.2 percent and 8.8 percent the next two quarters. By the next year, sales growth returned, though slowly. It would take three years in total for the Jack’s sales to return to pre-outbreak levels.

The wild card in all of this is that Chipotle hasn’t had just a single incident. It has had multiple incidents. And every time the chain gets a bit of positive news, such as when co-CEO Steve Ells went on the Today show and apologized, something else bad happens, such as the closure of a location in Seattle.

But, assuming Chipotle can put these incidents in the past, employ those new food safety strategies the company has talked about, and put the focus back on why people went to the restaurants in the first place, the sales will return.