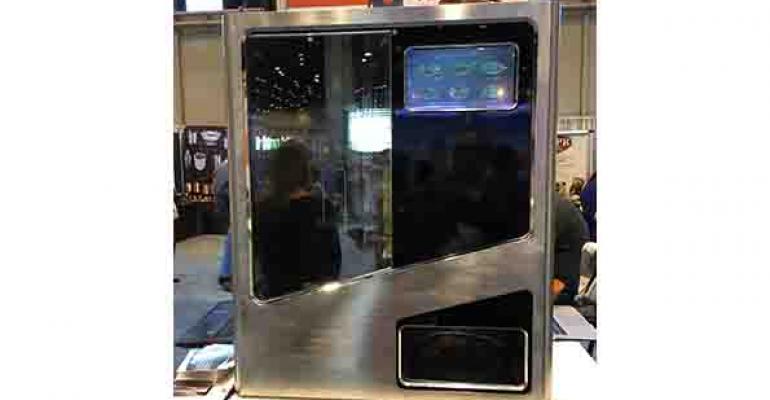 When I met Sally, the Salad Robot

I found the Salad Robot. Her name is Sally.

I spent half of the just-concluded NRA Show in Chicago tracking down the one robotic food assistant that I hadn’t yet seen.

The French Fry Robot, with its animated eyes and wistful leer, was around last year. The Donut Robot had been hinted at before. But it was the Salad Robot I really wanted to meet.

Salad Robot is a prototype that will be available by the end of year. Created by Casabots, a company founded two years ago in San Jose, Calif., the Salad Robot occupies a 28-inch-square footprint and stands 35 inches high.

It was displayed in the NRA Show’s Startup Alley, after making a belated arrival because of the one unit’s debutante event at a technology show in Austin, Texas.

Sally is basically a mechanical refrigerator with computerized touchscreen controls. And part of her role is tailored toward food safety.

“Do you know 20 percent to 50 percent of people don't always wash their hands after using a restroom?” asked Deepak Sekar, founder and CEO of Casabots. "Imagine these people touching a salad bar. It was clear the world needed a hygienic, low-space, low-maintenance alternative to today's salad bars.”

“The appeal is convenience,” Ergas said, as well as calorie and nutritional information that is calculated for programmed salads as well as customized versions.

Casabots is also looking at other cuisines, such as Mexican-inspired burritos and Asian food.

The company has not yet finalized a price point for Sally yet, Ergas said.