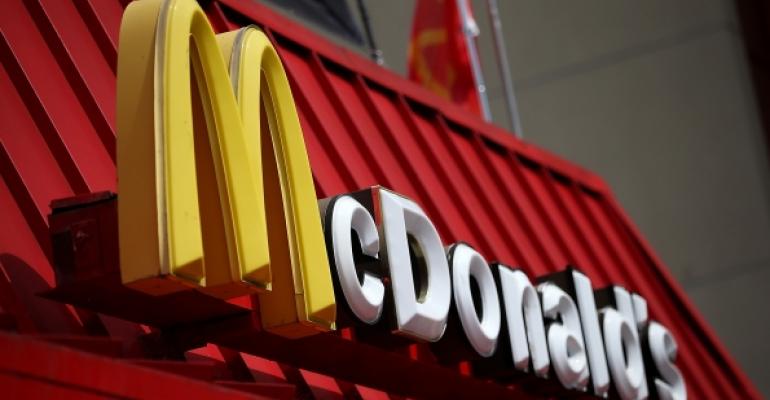 Investors didn’t think a whole lot of the turnaround plan that McDonald’s Corp. and its CEO, Steve Easterbrook, announced on Monday, as the stock is down nearly 2 percent since.

Late on Monday, Standard & Poor’s downgraded the company’s debt, citing the company’s turnaround plan. Moody’s Investors Service followed that up on Tuesday by placing the Oak Brook, Ill.-based chain’s ratings on review for a potential downgrade.

Both agencies cited McDonald’s announcements that it plans to return more cash to shareholders this year, “which will necessitate higher leverage than we forecast and represents a more aggressive shift toward shareholders than we previously assumed,” S&P wrote in its analysis.

Said Moody’s: “A more aggressive financial policy … will require higher than expected debt levels and result in a material deterioration in credit metrics and could limit its financial flexibility.”

The ratings agencies’ actions are important because they determine a company’s credit rating and, therefore, the price of debt. A lower credit rating typically means higher cost debt.

The actions aren’t all that surprising, given McDonald’s announcements, and they certainly weren’t a surprise to McDonald’s. Executives on Monday suggested the company’s ratings would be negatively impacted by their announcement. McDonald’s will return $8 billion to $9 billion to shareholders through dividends and share repurchases this year.

It was part of an overall plan to restructure the company’s business, realigning markets from geographic areas to the markets’ levels of development to promote growth. The company is also refranchising more stores, and the efforts will save $300 million a year by 2017.

McDonald’s willingness to risk its credit rating is a definite shift in tone for the burger giant. For years, the company had resisted calls by investors for more leverage and more shareholder-friendly actions like share buybacks, suggesting that its credit rating helps its franchisees get loans at good rates.

But deteriorating performance over the past couple of years is pushing the company to rethink some things, and the credit rating is one thing. The company also appears to be at least rethinking its stance on not spinning off its vast real estate holdings, though few observers think the new leadership will distance itself that far from traditional thinking.

Bill Fahy, Moody’s senior credit officer, said the accelerated share repurchase during a period of operating weakness, along with a more aggressive financial policy, will result in “higher debt levels, weaker credit metrics and limit its financial flexibility.” But he said in a statement that the company’s strong cash flows and liquidity would likely result in only a modest downgrade.

In its analysis, S&P suggested it would receive significant cash from refranchising over the next few years and could benefit from cost reductions. “But we believe it will continue to prioritize allocating capital to shareholders as the new CEO executes on new strategies,” credit analyst Robert Schulz said in a statement.