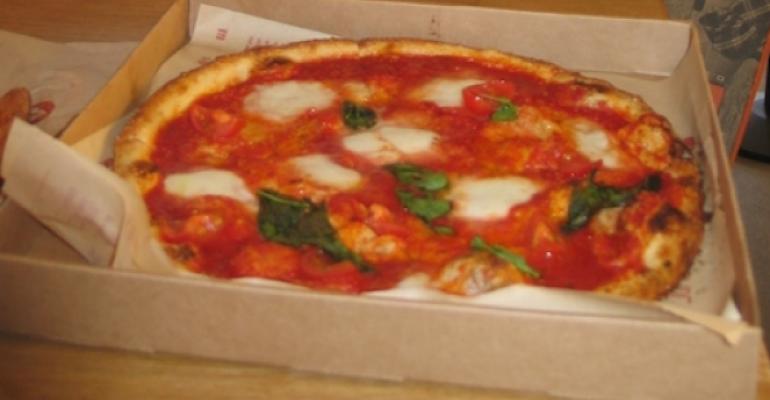 A tour of fast-casual pizza in LA

Last week, I ate at six different fast-casual pizza restaurants for lunch. In one day.

It’s a dangerous job, but someone had to do it.

It was a whirlwind fast-casual pizza tour hosted by Rick Wetzel, who co-founded the Pasadena, Calif.-based Blaze Pizza with his wife Elise.

Wetzel wanted to prove something to me.

My main complaint about this niche has been that so many of these brands are very similar. They all offer build-your-own pizza along with signature pies, baked in minutes in high-temperature ovens. Some have beer and wine, some have desserts, some have Coke Freestyle machines, but most have the same basic variation of the eco-industrial Millennial-friendly design with plywood and chrome and exposed air ducts in the ceiling. And almost all are heavily franchised.

Really, how can consumers tell them apart?

Don’t get me wrong. It has been delicious watching the fast-casual pizza niche develop into one of the hottest pockets of the restaurant industry. And there has been no better seat to watch this race than in Los Angeles, where most of the leading brands now operate. 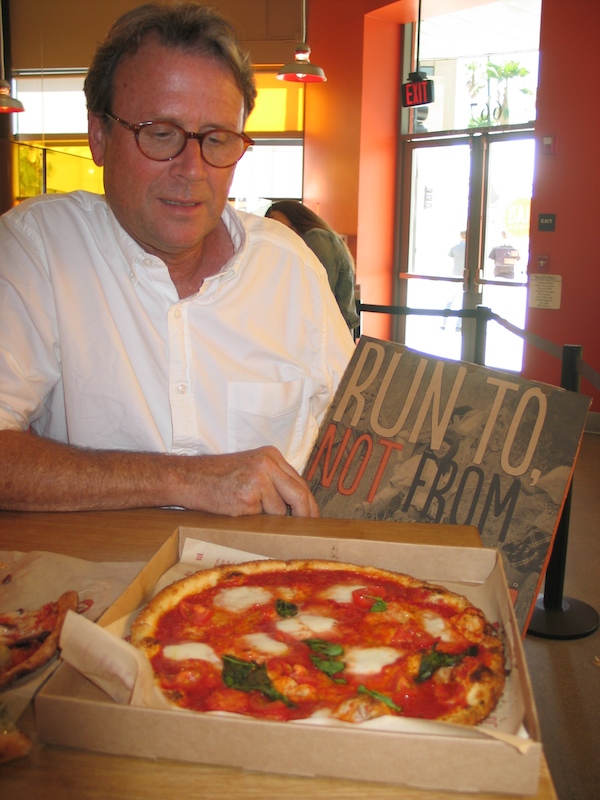 Sure, we’re missing some of the growing East Coast contenders, like Your Pie and Uncle Maddio’s Pizza Joint, not to mention the slow-growing Pizzeria Locale that Chipotle Mexican Grill Inc. has a stake in. Those brands will no doubt find their way here eventually.

But right now in LA, we can watch the pizza wars play out between Blaze Pizza, Pieology, MOD Pizza, PizzaRev, 800 Degrees Neapolitan Pizza and MidiCi Neapolitan Pizza, along with a few others. And most of these brands already have national reach.

Wetzel contends that the fast-casual pizza chains that will win this race will stand out for their attention to detail and execution. “It’s about doing 1,000 little things well that makes your brand,” he said.

He argues that three brands will emerge as the leading national chains — the McDonald’s/Burger King/Wendy’s of the space, so to speak.

Those three are: Blaze (not surprisingly), MOD Pizza and Pieology.

These three fall into what Wetzel describes as “the middle” within the niche, with price points of around $10 with a drink, machine-pressed thin crusts, and the ability to scale. PizzaRev also falls into this category, but, with 28 units open, hasn’t kept pace in unit growth.

That “middle” falls between the higher-end concepts that boast a Neapolitan-style pizza with hand-pressed crusts and more upscale décor, like 800 Degrees and MidiCi. Those more-premium brands won’t likely compete on a unit count basis because they’re more expensive to build, said Wetzel.

At the lower end, however, are the brands with conveyor ovens, smaller restaurants and lower build-out costs, like the 64-unit Pie Five, owned by Dallas-based Rave Restaurant Group Inc., which is not yet in LA.

Wetzel contends three top contenders within the mid-scale pizza space are very different. I would agree those differences are there, but they are hard to notice unless you visit them all in one day, as we did.

Blaze, with 84 units open, is likely be the first to pass the milestone of 100 units open this year and Wetzel has hinted that an initial public offering could be in the brand’s future.

Wetzel has predicted the almost-all-franchised Blaze will be the fifth largest pizza chain within about six years, behind Pizza Hut, Domino’s, Little Caesar’s and Papa John’s. In fiscal 2014, the chain boasted an average unit volume of $1.55 million, but that was based on 10 units open a full year as of January.

Almost all franchise territories are sold out in the U.S., said Wetzel. Only Seattle — MOD Pizza’s home market — is left, and the company is looking just the right partner there.

Blaze is also moving into Canada as its first international market.

Wetzel’s competitors are also going outside the U.S. MOD Pizza announced its first overseas move with a joint venture into the U.K. this week.

MOD, with 72 units, is another potential contender for IPO, expecting to end 2015 with 95 to 100 units open and double the chain next year. When asked about it on Monday, co-founder Scott Svenson said the company has no specific plans or commitments to go public.

“If we were to go public,” he said, “we would do it carefully and only at a time when we felt the core of our business was solid enough and could withstand the pressures.”

Rancho Santa Margarita, Calif.-based Pieology is also taking its first step outside the continental U.S. with the announcement Tuesday of a master franchise agreement that will bring the brand to Guam and Saipan, opening in 2016. The franchisee is Progressive Pies LLC, a subsidiary of Apple Pacific LLC, which operates Applebee’s and IHOP in the territory.

So they’re all growing. Now the focus is on execution.

After spending a day eating fast-casual pizza, here are some takeaways:

SALADS: Outside of the Neapolitan players, MOD Pizza does it best, with salads tossed to order. For others that allow guests to build their own salads, at times ingredients were chopped so small, they were unidentifiable. Other brands have premade salads in cold cases, which seemed unappealing at a concept with a build-your-own emphasis. Wetzel said Blaze offered build-your-own salads at the beginning, then took them off because they slowed throughput and didn’t sell well.

INGREDIENTS: There’s an opportunity to better communicate the quality of ingredients to guests. Wetzel said Blaze has been working hard to remove artificial ingredients from the menu, including a shift to nitrite-free bacon, salami and ham. There are also plenty of gluten-free crusts and vegan cheese options across the niche. But none that I saw are talking about meats raised without low-dose antibiotics, which is increasingly an issue for consumers.

Blaze does a good job of disclosing calorie counts. Rather than using a range on menu boards, as most do, Blaze lists calories by individual ingredients so guests can calculate as they build their pizza — if they can do the math.

DELIVERY/MOBILE: The No. 1 selling point for fast-casual pizza is how much better it is than delivery options because it’s hot and fresh from the oven. That said, the chains are being forced to offer delivery because consumers want it.

PizzaRev and Blaze are now working with Postmates in the LA area. Wetzel said that, even before they forged a deal, Postmates was delivering plenty of Blaze pizzas, though the restaurants never knew it.

PizzaRev and MOD Pizza were on the forefront of offering digital ordering for skip-the-line pickup. Blaze is planning to launch a mobile app with that capability later this year, and Pieology is testing online with bigger plans for digital/mobile in 2016.

THROUGHPUT: Blaze has a peak record of moving 210 guests through the line in an hour, and that throughput is key for a concept that is all about convincing consumers that they can get a quick pizza for lunch, said Wetzel.

On that Wednesday afternoon, however, throughput didn’t really seem to be an issue.

Blaze was busiest, because we were there at high noon. The PizzaRev, Pieology and MOD Pizza units we visited between 1 p.m. to 3 p.m. were dead empty, with one or two customers moving through the line.

We went back to Blaze to see how it was looking later, and that restaurant was quiet too at that point. No one was in line, though a few guests lingered at the tables.

No doubt, things picked up again around dinner, but I did wonder if such dead periods in the afternoon was a red flag for the entire niche. I noted that a Chipotle we passed during the late afternoon hours was still bustling.

More players are coming to the fast-casual pizza space. On the tour, we spotted a sign for a new concept coming to Pasadena called The Pizza Press.

Wetzel didn’t seem concerned. “In my mind,” he said, “the national players are already on the field.”