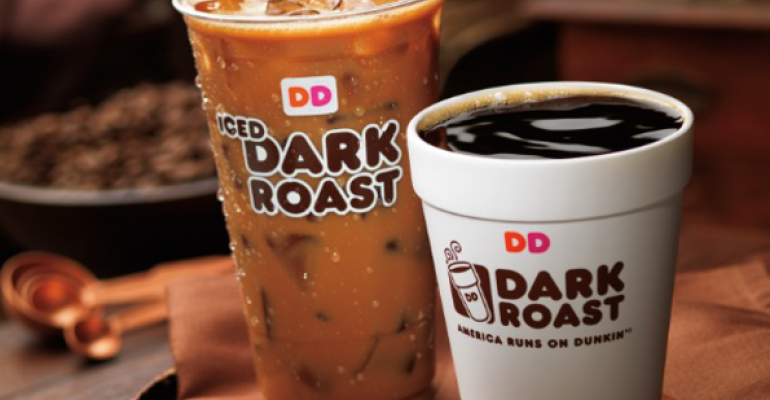 The Starbucksification of Dunkin’ Donuts 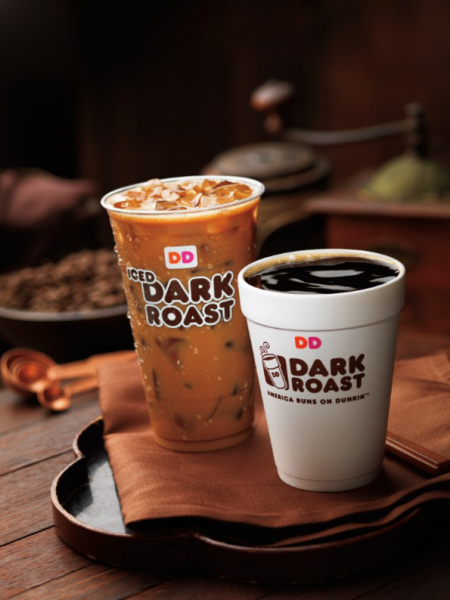 I’m often annoyed with comparisons of Dunkin’ Donuts and Starbucks. Sure, they both serve coffee (and some food), but they do it very differently and under different business models. Starbucks Coffee Company owns most of the 11,438* domestic Starbucks locations, Dunkin' Donuts’ 7,677* units are almost all franchised — a fact some business reporters fail to take into account when comparing their share prices.

Dunkin' Donuts is “America's all-day, everyday stop for coffee and baked goods,” as parent company Dunkin' Brands Group, Inc., insists in almost every press release it sends to me. “America runs on Dunkin’,” they tell consumers, implying unabashedly that their coffee is fuel.

Starbucks is selling a way of life.

“To say Starbucks purchases and roasts high-quality whole bean coffees is very true ...” it says on its web site, “but it hardly tells the whole story.

“Our coffeehouses have become a beacon for coffee lovers everywhere. Why do they insist on Starbucks? Because they know they can count on genuine service, an inviting atmosphere and a superb cup of expertly roasted and richly brewed coffee every time.”

Also, free Wi-Fi and bathrooms for all, not to mention an ethos of social and environmental responsibility.

It almost goes without saying that a trip to Starbucks is considerably more expensive than one to Dunkin’ Donuts.

But Dunkin' Donuts has been stomping in Starbucks' territory lately — and not just with pumpkin spice latte; everyone copied that one. Based in the Boston suburb of Canton, Mass., Dunkin’ has been expanding out of its northeastern stronghold and heading west. It signed its first California franchisees last year, and since then has made moves that, to me, look like they’re trying to appeal to more socially conscious, dark-roast loving westerners. In April, it introduced its first offering certified by the Rainforest Alliance, which strives to foster biodiversity and improve the livelihoods of farmers.

That was an iced green tea. Since then it has introduced Rainforest Alliance Certified dark-roast coffee, a dramatic departure from the smooth, fairly light roast that many northeastern Americans love, and on which Dunkin’ Donuts built its business. It first introduced it in packages and then announced plans to roll it out systemwide later this month.

Next it introduced almond milk at about three quarters of its locations. That’s not actually Starbucks territory; Starbucks doesn’t offer almond milk because, it says, it doesn’t want to endanger its customers with nut allergies and is instead toying with coconut milk. But it feels Starbucks-like, appealing to trendy affluent consumers who for reasons of their own are avoiding dairy.

I’ve tried to find data showing that western Americans drink more almond milk than northeasterners, and I haven’t yet, but I bet they do. It seems like they do.

And it seems like they’d care more about Dunkin’ Donuts latest move: a commitment to using 100 percent sustainable palm oil in the United States by 2016.

It said it’s developing a phased implementation plan that will include guidelines for its palm oil suppliers and set up independent verification that they are not developing in rainforests, peatlands or other "High Conservation Value areas,” according to a press release issued today. They also are banning their suppliers from “burning in preparation of land or in development," and requiring them to gradually reduce greenhouse gas emissions at existing plantations. Also, “no exploitation of people and communities,” it added.

“As part of our overall commitment to being a socially responsible company, Dunkin’ Brands is focused on finding sustainable business solutions that meet the needs of our guests and our franchisees, and that benefit our communities and the planet,” Dunkin’ Brands’ senior director of corporate social responsibility, Christine Riley Miller, said in the release.

Starbucks, for its part, has moved a bit in Dunkin’s direction, with the introduction in recent years of lighter Pike Place blend and even lighter Blonde roast (putting me in the awkward position of walking into a Starbucks and ordering a tall blonde, which seemed just slightly less demanding than going to independent coffee shops and asking for a large black Ethiopian).

But Starbucks already has a national presence. Dunkin’ seems intent on getting one, too.

Update: Sept. 17, 2014 This story has been updated with information on the source of Starbucks' and Dunkin' Donuts’ unit count