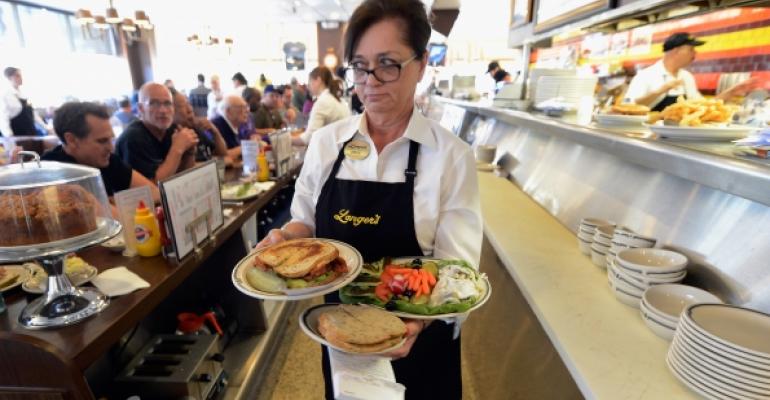 Hudson Riehle, head of the research and knowledge group at the National Restaurant Association, said that employee recruitment is a growing worry for operators. According to the NRA, 12 percent of operators in April said that recruiting employees was their top concern.

A year ago, he said, only 4 percent of operators considered recruitment was their top concern.

Employee recruitment concerns have come as restaurants have expanded and added new employees. The industry has been adding jobs at a rapid clip in recent months as operators add new units and expand existing locations.

But that expansion is coming with a price in the form of higher wages. In addition, it has drawn activists pushing for higher wages. State governments are raising minimum wages. And it’s possible, albeit unlikely, that Congress could get in on the act.

The answer for the industry may be labor productivity.

Riehle, at the NRA Show, noted that restaurants average $84,000 in sales per worker. By comparison, grocers average $304,000. Gas stations average $855,000. Both of those industries compete with restaurants for food away from home.

“Going forward, this will have to change,” Riehle said. “If you look at the history of labor productivity in the industry, it has not been good.”

It’s not easy for restaurants to increase labor efficiency. The industry has a significant service element. Many restaurant consumers are looking for high service levels that they won’t get eating at home. Reducing labor can risk that. In addition, the industry has also been generally shy about adapting technology.

But there are emerging technologies that can make restaurants more efficient. Tabletop tablets making their way across the casual dining sector could enable restaurants to ultimately reduce wait staff.

Perhaps kiosks, or smartphone apps, or some other technologies we don’t know of yet could finally improve labor efficiency in the industry. Indeed, McDonald’s executives note that as they work to improve speed of service in their restaurants, they can use technology to accomplish that even while keeping the company’s enormous menu.

If the industry can find ways to improve productivity, it could pay higher wages even while keeping labor costs under control by employing fewer, better workers.