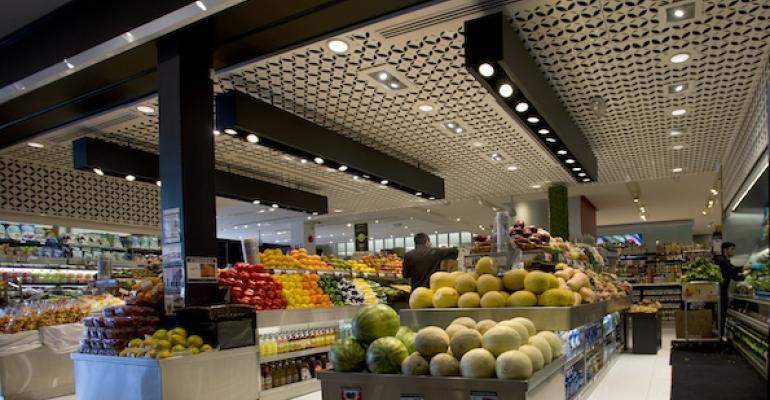 Tony Lutfi, a successful multi-concept franchisee based in California, once told me that whenever he raises prices, he sees a decline in traffic at his restaurants "every time.”

The restaurant industry appears to be witnessing this en masse. Same-store sales have been weak all year, while traffic has been declining, according to Black Box Intelligence and MillerPulse.

As we’ve been saying for months now, lower grocery store prices are keeping more people at home. After years of aggressive price increases, the industry doesn’t have any more pricing power when its primary competitor is lowering them.

The graphic above shows average pricing since January 2015 for both at-home food (grocers and other retailers) and away-from-home food (restaurants) on a 12-month basis. In January 2015, grocers raised prices more than restaurants did.

Since then, grocers have been easing off on price increases, and for most of 2016 have actually been lowering them. While restaurants are not raising prices quite as aggressively as they did in 2014 and 2015, they are maintaining hikes between 2 percent and 3 percent.

Now look at this graphic:

We calculated the gap in restaurant and grocery store prices, and plotted it on a graphic with MillerPulse same-store sales data. As the chart indicates, the correlation between the two is stark: As the gap has widened, restaurant sales have weakened.

Just because these numbers are directly correlated, of course, doesn’t mean that lower grocery prices are causing weaker same-store sales at restaurants. And, as we’ve noted, broader industry numbers point to healthier demand.

But it’s safe to say, I think, that declining grocery prices are having a big impact on the industry. Consumers see falling prices for steak and chicken and pork — or coffee — at their local supermarket. Then they see prices increase at their restaurants, and they spend accordingly.

Or, more simply, they just buy more groceries because they’re a better deal than they have been, taking away dining opportunities from restaurants that aren’t giving them compelling value.

The industry should perhaps take more lessons from pizza operators like Domino’s Pizza Inc., which this week reported another same-store sales increase of nearly 10 percent. Pizza chains have competed aggressively on price, and they’ve given consumers more reasons to eat there. And, as Domino’s CEO Patrick Doyle said, they have a low “per eater” cost that makes them good venues for families.

“We have done a much better job overall of giving value to consumers,” Doyle said during the earnings call. “That is clearly why the pizza category is a little better on overall growth.”

On Monday, we'll delve into why the industry has insisted on raising prices even as grocers have lowered them. It's not entirely what you think.