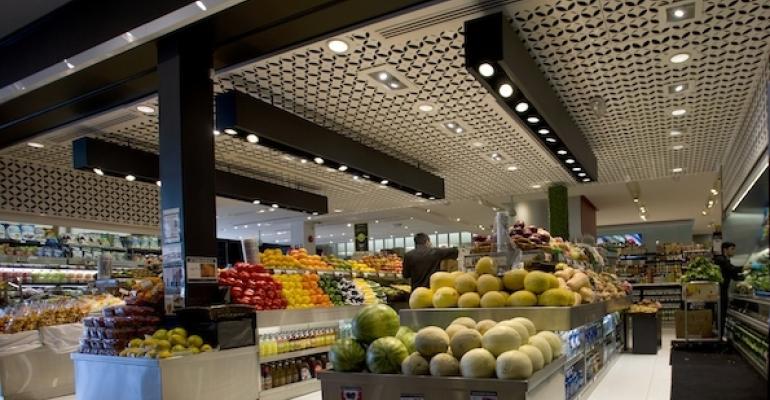 Restaurants are gaining ground, but food at home still wins

Despite worries about a spring slump, consumers continued to eat out at restaurants in May in strong numbers. Sales at restaurants rose 6.9 percent year over year in the month, to $272.2 billion.

That has led to a slew of stories noting that consumers’ eating habits have changed, that nobody wants to cook their own food anymore, and that people are eating out more than they’re eating at home.

None of this is true, however.

The problem with the federal data is that it undercounts grocery spending. Consumers are buying more of their groceries from general department stores like Target and Walmart. And they’re buying groceries from Costco and Sam’s Club. Dollar stores, too, have devoted more of their retail space to groceries.

In essence, the slow growth of grocery store sales more likely reflects a shift in the way many Americans buy their groceries.

Just to be sure, however, I asked Jon Springer, the retail editor at Nation’s Restaurant News’ sister publication, Supermarket News.

“What used to belong to grocery stores has been dispersed to a broader set of retailers,” Springer said.

Consumers are changing the way they’re eating, Springer said. It’s just not quite changing in such a simple manner that consumers are abandoning their homes so they can eat out all the time.

Instead, they’re not going to the same places. Many are getting prepared food from convenience stores or grocers or they’re buying $1.50 hot dogs from Costco — after loading up with a cart full of bulk meats and canned goods. They’re buying fresh produce from places like Sprouts. They’re buying cheap steak sauce from the dollar store.

All that said, consumers do like eating at restaurants. They have been dining out more often. The May numbers reflect that — consumers appear more willing to dine out at independents and small chains than they once did.

They’re just not eating out more than they’re eating at home.