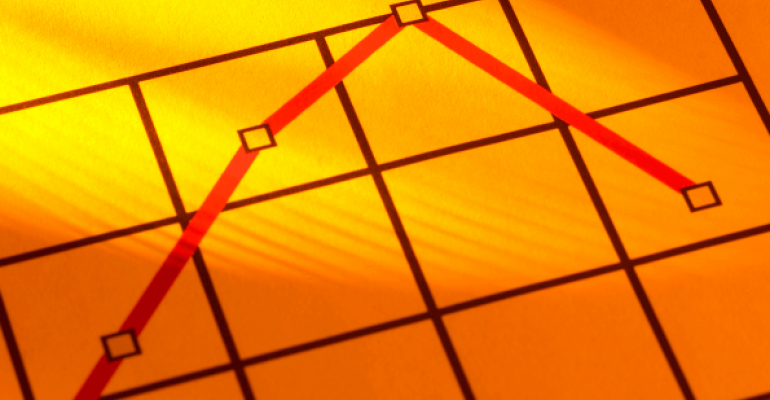 That was its slowest level of growth since, well, April, in what is the latest sign that after five years of nearly uninterrupted employment growth, the restaurant industry is slowing down in the face of weak sales and rising labor costs.

The restaurant industry lost tens of thousands of jobs in 2008 and 2009, as the industry contracted during the worst economic downturn in more than 80 years. But restaurants went on a hiring binge starting in 2010.

Since then, the industry has added more than 2.1 million jobs and currently employs 11.4 million workers — or about one out of every 10 people employed in the U.S. Restaurants have been among the leading job creators in the post-recession era.

To be sure, the industry has added 251,200 jobs over the past year at a time when it is arguably overbuilt. And the growth rate of 2.3 percent outpaced the overall 1.7-percent rate of job growth over the past 12 months, according to an analysis of federal data.

Yet employment growth has definitely slowed. The 251,000 jobs added over the past 12 months is the slowest rate since 2010.

Unsurprisingly, the slowing job growth comes amid rising pay rates. Average hourly earnings increased 4.8 percent for restaurant workers in October, year over year, according to federal data. That was the highest rate since 2007.

Rising employment in the restaurant industry at a time of dwindling unemployment has made the labor market competitive, driving up wage rates, while increases in the minimum wage have put pressure on labor as well.

Increases in labor costs could be forcing some operators to slow hiring or expansion. Some could be employing a smaller number of full-time workers, rather than part-time. On its earnings call Thursday, for instance, the Charlotte, N.C.-based chicken chain Bojangles’ Inc. said it was considering just such a move.

It’s also possible that restaurants are slowing hiring at a time of slowing sales. Restaurant same-store sales and traffic have been slow all year, and there’s growing concern about the supply of restaurants. Slowing traffic on its own could push concepts to slow down hiring.

Or restaurants could be looking for workers and not finding them.

All that said, it’s not like the industry is cutting workers, either, and by every other indication restaurants are still expanding. Yet it’s clear that restaurants aren’t hiring as much as they had been.