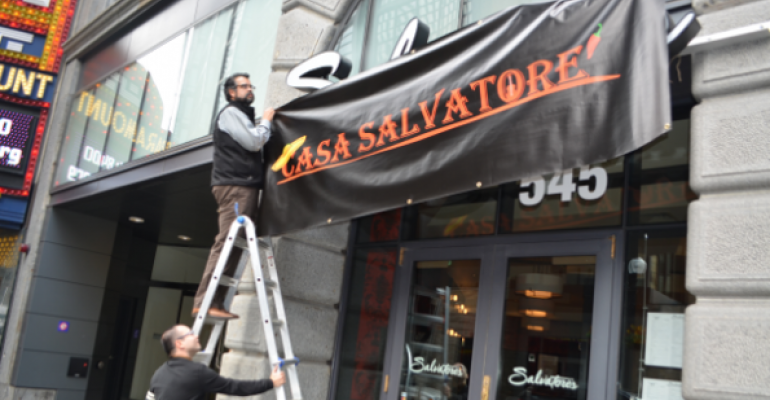 Restaurant to dress up as a different restaurant for Halloween

Halloween has become a big deal in the United States — a really big deal. A $6.9 billion deal, according to the National Retail Federation. That’s how much the NRF projects Americans will spend on Halloween this year, up 54.7 percent just since 2005, making it second only to Christmas as the most economically important holiday in the country.

The NRF also said that 42.6 percent of people plan to dress up for the holiday.

And so does one restaurant.

Salvatore’s, a five-unit Italian restaurant chain in the Boston area, is changing its Theatre District location to Casa Salvatore for the day. It’s changing the décor, using a totally different menu and cocktail list, and changing its signage, as you can see below. 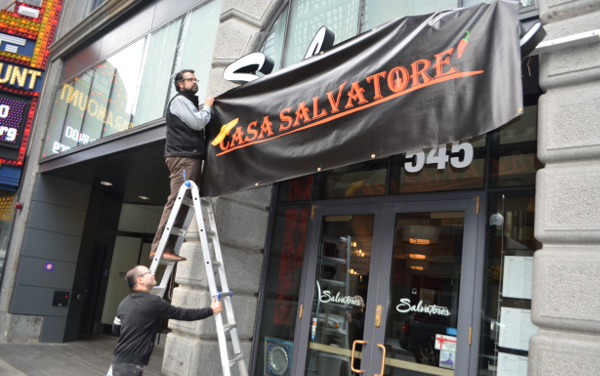 It’s hiring a mariachi band, too.

It's kind of a fun gimmick, if you ask me, and it gives the culinary staff a chance to mix things up a bit.

“We have a lot of culinary creativity over here and this is a fun way to get some of it out and to also give our regular customers something different,” Peter Ackerman, Salvatore’s executive vice president of hospitality, said in a press release.

So the Neapolitan pizza, tagliatelle Bolognese and pork chop Milanese are going off of the menu for a day, and instead customers will get to try ceviche, quesadillas and, well, heck, here’s the whole menu. You can take a look for yourself.

melted cheese with jalapenos and chorizo

fresh corn on the cob roasted with a blow torch, basted with bacon drippings and dusted with a secret spice blend

sampling of sliders, one of each, chicken tinga, pork tinga and beef fajita

your choice of chicken breast or pork loin served with our house made mole. Mole is a blend of chocolate, nuts and different varieties of chilies making this a very savory dish with a hint of spice

spicy tomato based broth with haddock, calamari and shrimp with vegetables corn, and potatoes

stuffed with slices of steak or chicken, beans, tomatoes, onions, peppers and cheese.