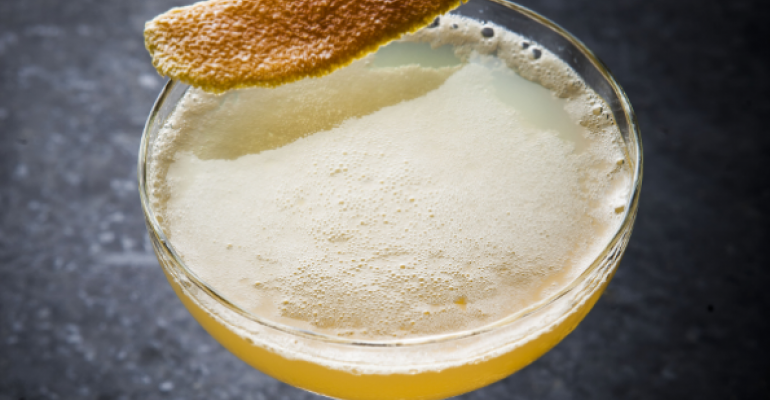 Play at the Museum of Sex

To kill time before dinner, I browsed the gift shop of the Museum of Sex.

There were some of the usual things you’d see in a museum gift shop: T-shirts and magnets and books. Then there was sexual paraphernalia, some of which was pretty straightforward, like glow-in-the-dark condoms and hypoallergenic condoms and contoured condoms, various types of underwear, harnesses, and cylindrical objects the use of which was fairly obvious. I had to read the labels of some of the rings and tubes to understand what their purpose was, and then there were various pastel-colored knobbed oblong things that looked like objets d’art and were made out of a substance that felt like supple, luxurious rubber. They didn’t have any labels to read, so I guess their use was obvious to people who were shopping for them.

“Are you finding everything all right sir?” a friendly sales assistant asked me.

“Yes, fantastically,” I said, or something similar, with an enthusiasm that probably didn’t jibe with the bemused look on my face.

You can probably conjure up images in your mind of what a restaurant attached to the Museum of Sex would be like, and maybe Play, the restaurant that opened in October and is, in fact, attached to that museum, has some of what you expect. The décor celebrates what I’ll call the high sex era — that time in the 1960s through the early ’80s between the introduction of the birth control pill and the onset of AIDS, when the physical dangers of promiscuity were at an all-time low — so there are over-stuffed faux-leather couches and black lights. The music was varied, but it included psychedelic and funk tunes.

The menu is divided into three sexually suggestive categories: “Flirting,” “Fondling” and, well, use your imagination.

But the food and drinks are serious. In fact the chef is Ben Roche, former pastry chef of Moto in Chicago and arguably the most articulate of the early crop of American molecular gastronomy chefs who came to the fore seven or eight years ago.

Unlike some of the others, who would get lost in their own thoughts or wrapped up in technical details when trying to describe what they were doing, Ben would explain in his soothing baritone why, for example, he and Moto chef Homaro Cantu were using lasers to vaporize bits of cinnamon or vanilla and then using liquid nitrogen to reconstitute the smoke into tiny pellets (you can read about it here if you’re curious).

He’s not doing that at Play, but neither is he serving aphrodisiacs or food shaped like penises.

Instead it’s serious bar food, such as rabbit confit with almond gazpacho sauce on focaccia; peanuts coated with Szechuan pepper, chile and cilantro; marinated octopus with Spanish, Greek and Thai dipping powders; bite-sized pieces of beef tongue in chimichurri. That sort of thing.

Don’t worry, Chicago, Ben Roche doesn't plan on staying in New York City. He’s just consulting at the restaurant and plans to return to the Windy City around the end of January.

Play’s drinks don’t have names like Sex on the Beach or Slippery Nipple, and they don’t taste like candy-flavored vodka. Jim Kearns — most recently of NoMad in New York but also formerly of Death & Co., Pegu Club and other bars known for their awesome cocktails — is heading up the program. 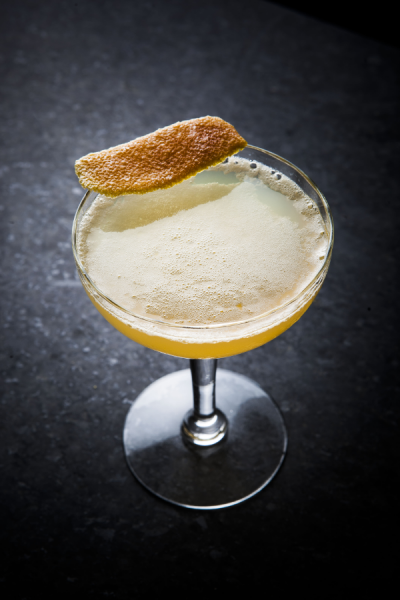 Among the drinks I sampled was  Loose Women & Pickpockets, pictured at left. For that drink, Kearns used the fat from the rabbit confit — the one served on the focaccia — and steeped it in Cognac. Then he froze it so the fat floated to the top. He removed the fat and strained the Cognac. That process is called “fat washing” and is a way of bringing the flavors of fat into alcohol while also giving it a slightly more unctuous quality.

To me it made it taste like fried chicken batter, which isn’t at all a bad thing, and is a lot more subtle than that damn bacon you see everywhere. Loose Women & Pickpockets also had Cointreau, lemon, orange peel and bay leaf.

There was also the Pareidolia, a viscous cocktail that looked like, well, let’s say it looked like diluted ouzo or Pastis, that Kearns poured onto a textured square plate. You consume it by lapping it up. It tastes citrusy with a little whisper of anise, although the flavor’s not the main point of the thing.

Inevitably some of it drips on your chin, and, well, that’s all I have to say about that.

November 25, 2013: This entry has been updated to more accurately reflect when the birth control pill was introduced.