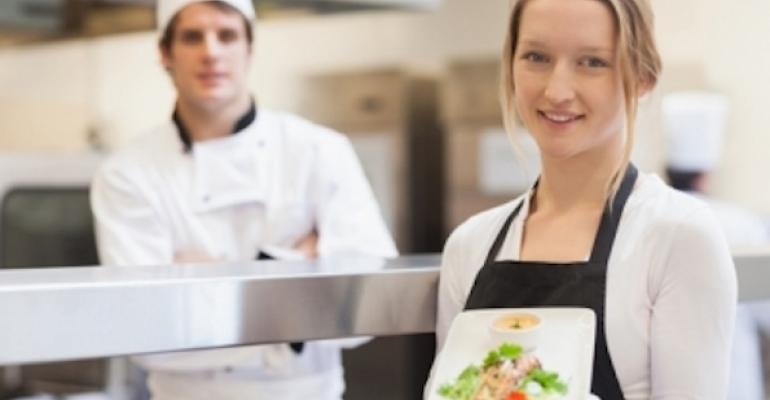 Restaurants are adding jobs at a rapid clip, with no slowdown in sight, and that’s making it tougher to fill openings.

But don’t just take our word for it. Bruce Grindy, chief economist at the National Restaurant Association, said in his latest Economist’s Notebook that there are indications that vacancies are getting tougher to fill. That means a labor shortage.

“Although restaurant job growth shows no signs of slowing,” he said, “there are indications that job vacancies are becoming more difficult to fill.”

The industry has added 1.8 million jobs since the end of the recession. In August, restaurants and bars added 26,000 employees — just more than one in seven jobs the economy added during the month, according to federal data released on Friday. The number was right on par with the industry’s average employment growth of about 31,000 per month over the past year.

Grindy said that 2015 will be the fourth straight year in which restaurant industry employment increases by at least 3.5 percent.

The gap between job openings and hires in the restaurant and hotel industries has been narrowing for years. Grindy said this means that the industry’s labor market is “likely tightening.”

Restaurant executives have been talking more about labor challenges in recent months. Operators from smaller and larger concepts have acknowledged difficulties in finding good workers. Some executives say they can’t expand as fast as they’d like because of challenges in finding employees.

Eighteen percent of restaurant operators in August told the National Restaurant Association that recruiting and retention were their top business challenge — a post-recession high.

Still, it’s not quite as bad as it was pre-recession. Grindy noted that in 2006-2007, more than 30 percent of operators said that labor was their top challenge. But the growing sentiment in the industry is that a labor shortage is coming, and probably quickly, and that it’ll hurt profits.

No fewer than 20 restaurant executives in recent quarterly earnings calls said that wage pressure was a growing problem. That was pressure wasn’t just coming from minimum wages, but from rising pay to lure and keep good employees.