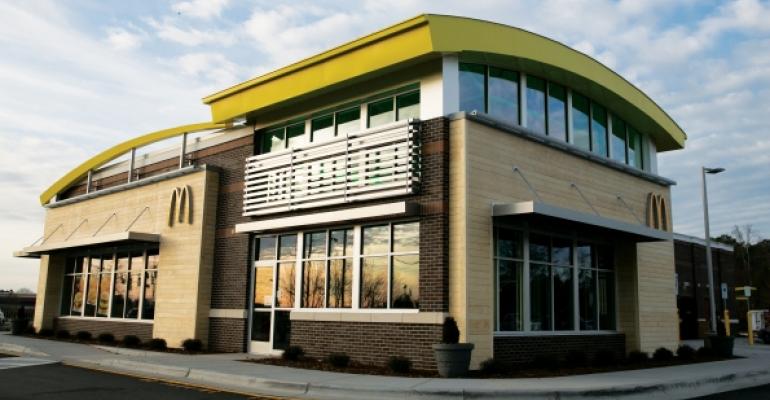 McDonald's performance is worse than you think

McDonald’s Corp. on Wednesday said that its same-store sales fell 2.6 percent in the U.S. in the first quarter.

That’s not a good number. But it’s actually worse if you factor out breakfast and then consider the sales in the context of the current economic environment.

McDonald’s gets roughly 25 percent of its business before 10:30 a.m., though that percentage might be higher now given the popularity of the daypart and the decreasing popularity of the chain at other times of day. McDonald’s sales actually increased slightly at breakfast in the first quarter.

So if you factor out that 25 percent, McDonald’s same-store sales at lunch and dinner are down at least 3.5 percent.

But then you have to consider the current economic environment. That environment has otherwise been a boon for many of McDonald’s competitors. While it’s still too early in earnings season to compare the chain with other QSRs, based on MillerPulse numbers from the first quarter, which include McDonald’s, the chain’s gap with the overall sector is more than 700 basis points.

Gas prices are more than $1 a gallon lower than they were at this time a year ago, according to AAA. That’s helped Sonic Corporation, Jack in the Box, Burger King and other chains that have middle class consumers for whom the excess cash has been a nice shot in the arm.

That kind of decrease in gas prices should help McDonald’s, in theory, because of the chain’s sizable drive-thru business and its otherwise low-end price offerings. But there’s been no discernable impact on the chain’s sales.

This is why McDonald’s, after years of resisting the idea, is testing all-day breakfast at some restaurants in San Diego. Given the strength of the company’s morning products, and the weakness of its products at other times of day, it makes sense for McDonald’s to at least consider the prospect.

But it also illustrates the challenge ahead of new CEO Steve Easterbrook as he and management works to develop the chain’s second turnaround plan in 12 years, a plan to be revealed on May 4.

The chain’s problems are not easy to solve. Competitors are hitting McDonald’s on price, on innovative premium items. Fast casual chains have limited the business available for quick-service concepts. And maybe consumers are simply tired of going to McDonald’s after spending more than a decade lining up at the chain’s drive-thrus and dining areas.