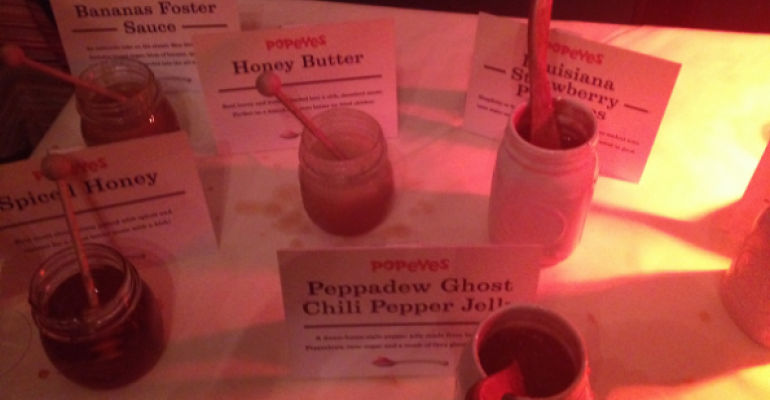 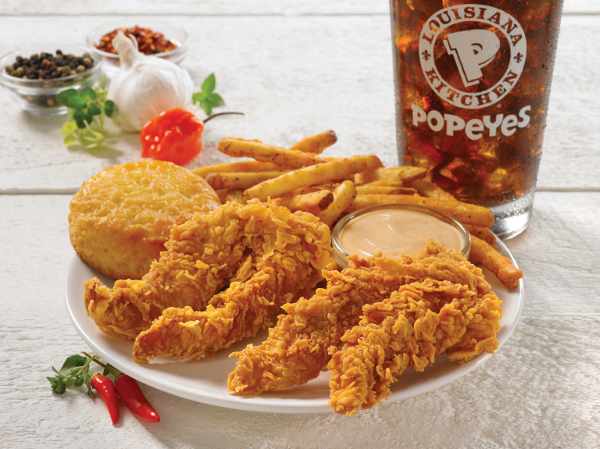 Here’s a trend in quick service restaurants that I haven't written much about yet: Throwing parties in New York City to launch new menu items.

It's a fairly new phenomenon, and it's happening with increasing frequency.

One of the first ones I remember going to was a breakfast at a local Burger King in 2010, when the chain launched several new breakfast items, including a ciabatta breakfast sandwich and pancakes.

I remember enjoying the ciabatta sandwich, and the event did get this article out of me, but it's my job to write about new menu items at chains, so I would have written the story anyway. I think the party was really for the sneering bloggers I was sitting with. They disdained fast food and Burger King wanted to actually put some food in their mouths to show them how it actually tastes.

Arby's then threw a couple of events to introduce its premium items, including a medium-rare prime rib that it introduced in 2011. Those were rather formal tastings held at the Institute of Culinary Education, a local cooking school.

McDonald's has thrown several parties over the past year and a half or so to promote how its food is wholesome and nutritious. The first such party promoted the chan's Premium McWraps.

The wraps' ingredients were on display so everyone could see how premium they were, and then-New York Knicks forward Steve Novak was there to tell us that the wraps were convenient and nutritious. Meanwhile, local rappers were performing downstairs as a play on homonyms and as part of a free sandwich giveaway.

That party was followed by similar ones promoting the Egg White Delight McMuffin, which Olympic gymnast Gabby Douglas was commissioned to praise, and the Mighty Wings, promoted by New York Giants wide receiver Victor Cruz.

But McDonald's has thrown more lavish parties, too. It rented out a party space in Tribeca and threw a dinner featuring dishes made by celebrity chefs using McDonald's products (I remember Dale Talde did kung pao McNuggets), preceded by cocktails made using the ingredeints in its smoothies. The hors d'oeuvres were McDonald's French fries, served in the cute miniature fry holders used in Happy Meals. 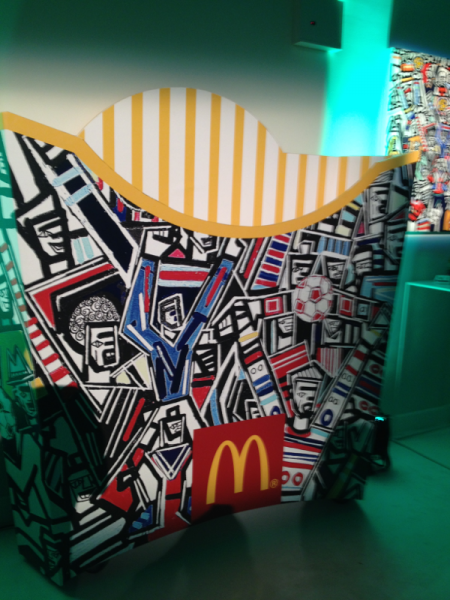 French fries were also the theme of a party McDonald's threw in Midtown this summer, promoting the launch of World Cup-themed French fry holders. Gigantic versions of them were on display for people to pose in front of while they ate Big Mac's Chicken McNuggets and fries.

Wendy's parties tend to be a little more publicity-stunt-like in nature. Last summer brought boy band crooner Nick Lachey to sing songs based on tweets in praise of the sandwich at a local Wendy's while we in the media at the new burger.

They also rented out the lovely test kitchen of The Tasting Table to serve us the Ciabatta Bacon Cheeseburger that it launched in January.

The latest such party, thrown by Popeyes Louisiana Kitchen to introduce its August limited-time offer, Tear'n Tenderloin, was more of a traditional cocktail party, with a couple of buffet tables. One table had the chain's signature Cajun fries and the new item: chicken tenderloins split down the middle, marinated in a blend of cayenne, habanero, garlic, some of the pepper sauce mash that Popeyes first used for its Wicked Chicken back in 2011, some of the Cajun/Creole trinity of bell pepper, onion and celery, and “tons of garlic,” according vice president of culinary innovation Amy Alarcon, and then hand-battered and breaded, deep-fried and served with a new Cajun creamy garlic sauce. You get two of those tenders, Cajun fries and a biscuit for $3.99.

Alarcon said we shouldn’t expect to see the bananas Foster or peppadew ghost chili pepper jelly on their menu any time soon, or ever, really. She called them a “look under the hood” of what they have in their arsenal.

I’m not sure why they wouldn’t put them on the menu, and the crowd certainly appreciated them.

And it was a good crowd. Some of the staff from Food & Wine magazine was there, and ascertained that the honey butter and ghost chili sauces went particularly well together on a biscuit.

The publisher from another business-to-business magazine with more highbrow airs than ours was at the party, too, and got her first taste of Popeyes food. She was flabbergasted by how good it was.

I suggested she get out more.