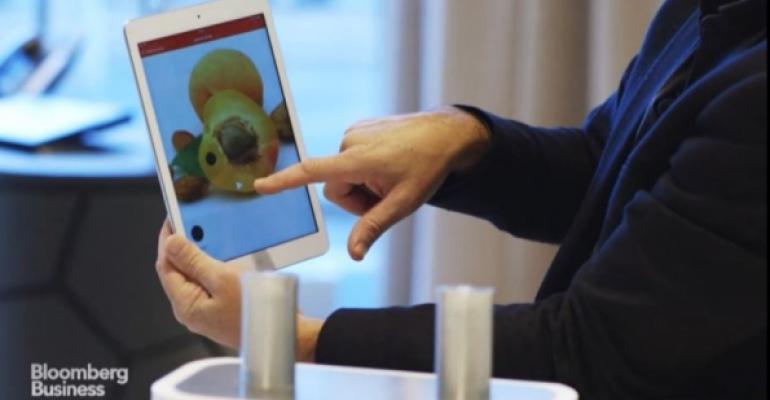 You remember molecular gastronomy, right? The use of various gums, gelatins, modified starches and enzymes to make food appear in ways it wouldn’t otherwise, not infrequently with the help of liquid nitrogen or immersion circulators? Peaked in around 2006?

Of course all of those techniques are still around, as they can be useful tools in kitchens. They’ve been incorporated where appropriate into pretty normal, everyday cooking in restaurants and hotels. So have new applications for distillation and, sometimes, running food through centrifuges to see what happens. In fact, chefs don’t even talk about those things very much anymore. They just do it.

They are talking about some new things, however: Some pastry chefs, food scientists and even the Culinary Institute of America are trying to figure out how to make food with 3D printers, and some chefs are wondering if maybe computers that would otherwise be spending their processing powers to cure cancer might also help brainstorm recipe ideas.

Yes, figuring out how modern technology can be brought to bear on how and what we eat is an ongoing journey, and Harvard professor David Edwards is trying to get in on the action with a new restaurant in Cambridge, Mass., called Café ArtScience. It serves regular food — an arugula salad, a hamburger, a brownie — but it also features Edwards’ inventions, which include a carafe that allows you to inhale your whiskey instead of drinking it, and a device that lets you download an aroma from your smart phone and sniff it out of a sort of cylindrical odor emitter. The makers of the Bloomberg video below seem most fascinated by an edible skin that can be used to contain ice cream.

That scent-importer seems kind of interesting, albeit a more high-tech version of what I saw Grant Achatz do at Alinea in Chicago in 2007. Achatz served food on a pillow inflated with scented air. As it deflated, diners got an aroma that wasn’t actually in the food, changing the whole dining experience. Achatz’s mentor, Thomas Keller, was doing a lower-tech version of that around the turn of the century at The French Laundry in Yountville, Calif., when he would serve rabbit in a narrow bowl that was placed in a wider, shallow bowl containing freshly cut rosemary sprigs. Hot water would be poured over the rosemary and voilà! Your rabbit was scented with rosemary. Magic! O.K., not magic, but fun and cool. Attach it to a smartphone and you have a better chance of engaging and delighting Millennials, I guess, although I see no reason why they wouldn’t also enjoy watching rosemary tea get created in a bowl. I’m less fascinated by the vaporized alcohol. I mean, I guess it’s neat to accelerate what a brandy snifter already does, and it appears more dignified than the VapShot that Stephen Colbert introduced his audience to last year (see the video below).

Inhalable alcohol is the future!

But I don’t get what’s revolutionary about an edible coating for ice cream.

Possibly Edwards has never had ice cream wrapped in mochi — a chewy glutinous rice creation of the Japanese that they use, among other things, to encase ice cream. It’s readily available in Cambridge. So are ice cream bars. And those aren’t the only edible food wrappers. Clear edible rice paper has been used by Japanese manufacturers to wrap candy for decades. It delighted and fascinated me when I first had it when I was about four years old in the early 1970s. If I knew the word “paradigm” at the time I might have thought of it as paradigm shifting, but no longer.

Café ArtScience’s web site calls the restaurant “a café for the sensorium,” which is to say a cafe devoted to all human senses as a whole. In other words, a café: Where are all the cafés that don't take into account sound and sight as well as touch, taste and smell?