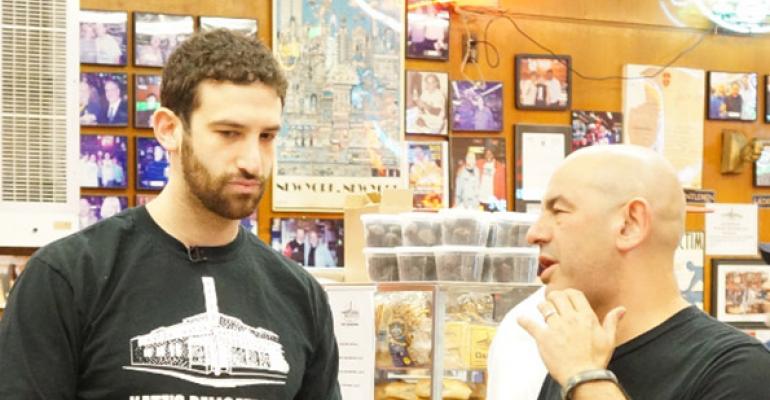 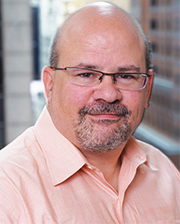 Jeff Sinelli is weird, and it’s a good thing, too, because if you’re going to make your mark on the world, it doesn’t help to be normal. I almost always like weird, so when Jeff sidled up to me at some conference — MUFSO, maybe, or possibly a Delaware North retreat — to ask me if I would be interested in getting involved somehow in a New York City sandwich crawl that he had in mind for his team at Which Wich Superior Sandwiches, I expressed interest.

My first experience with Jeff was in 2002, at our party celebrating our Hot Concepts award winners.

Hot Concepts are young, innovative restaurant chains that we on NRN's editorial board think have potential for growth. It’s a good award to get. Winners are known to get enthusiastic phone calls from venture capitalists shortly after receiving the award.

In 2002, one of the winners was Genghis Grill, a Mongolian barbecue chain of which Jeff Sinelli was founder and “chief Mongolian officer.”

I’d roll my eyes at that title, but Jeff does this stuff with absolute sincerity, yet in a way that doesn't make him look like an idiot.

Normally, Hot Concepts winners come on stage and say some polite words, thanking us and their team, they get their picture taken and they sit down. Jeff stormed the stage leading a veritable horde of staff members, and he was banging a gong. I don't remember what he said, but there was a lot of cheering going on from his team.

I don't know what calls Jeff got from venture capitalists after that, but I do know that he sold Genghis Grill in 2003, and started, among other things, Which Wich (where he's chief vibe officer, because he can’t help himself}.

The fast-casual customizable sandwich chain also won a Hot Concepts award and now has 345 locations, all of which will soon offer a vegan protein option, for which it has won a MenuMasters award this year.

I think Jeff thought a sandwich crawl in New York would help inspire new ideas for his chain, or maybe he thought it would be a fun team building exercise, or maybe he just wanted to go to New York and eat a lot of sandwiches. I don’t know. At any rate, he named the event Best Wiches NYC 2015, hired food, marketing and event-planning guru Kevin Ryan to organize the thing, who in turn got a video crew and TV food personality Simon Majumdar to film a pilot for, well, no one knows really, but hey, if you don't have footage, you don’t have a pilot.

Jeff also also got the team at online restaurant ordering company Olo involved as a sponsor or something — I'm not sure what, really, but founder Noah Glass and several of his colleagues came along, and it was nice to get to know them.

Theoretically, I was roped in to recommend sandwiches for them to check out, but mostly Kevin Ryan did the heavy lifting in that department, and I just showed up at the appointed time, which took some doing as the appointed time was 7:30 a.m., on a Saturday.

Also, I wore a duck mask.

I didn't wear it for long; it’s a joke that wears out quickly, and it’s very difficult to see while wearing a duck mask. But as we were near the end of our sandwich crawl, walking from The Meatball Shop to Porchetta, we walked by a mask shop, and although Jeff was instructed that under no uncertain terms were we to deviate from the schedule (a moderate schedule involving eight sandwiches — three of them in Chelsea Market — over the course of eight hours, but one that would have been thrown completely out of whack by delays), he had to buy half a dozen masks. Since I was wearing a yellow windbreaker, why, it stood to reason that I would wear the yellow duck mask, of course.

But that was near the end of the day, when we were well full of sandwiches and still on schedule nonetheless.

I object to the idea of “best” anything, particularly something like sandwiches in New York City. There are tens of thousands of sandwiches in this city. How can you determine the best of them in a lifetime, let alone in a day?

The field was somewhat narrowed in that we stayed in Manhattan. Also, many of the sandwiches had the common thread of classic New York deli meats and its cousins. 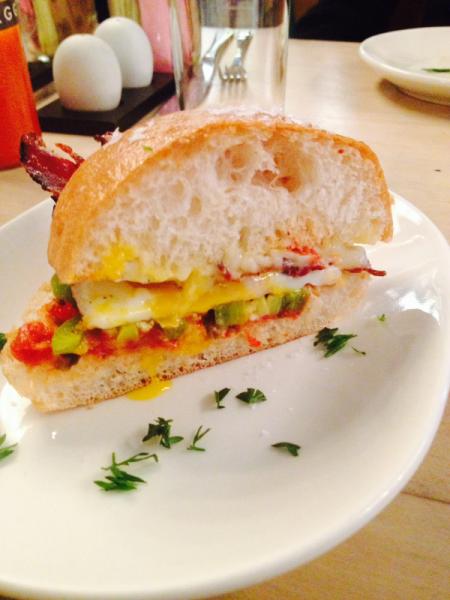 But not at our starting point, Egg Shop, a relatively new place in Nolita, where we had the possibly unremarkable looking (I took the picture; I blame myself) but delicious B.E.C., made with Shelburne Cheddar, Black Forest ham, bacon, tomato jam and pickled jalapeño. It was great, with the egg gently gushing into the rest of the food and the jalapeño providing exactly the right amount of heat. I had two bites of it, because I’ve been on a food crawl before, and they’re no good if you don’t exercise restraint. â€‹

Many of the 20 or so people on the crawl lost that battle at our next stop Katz's Delicatessen. As old as Egg Shop is young, Katz's is where people go for pastrami, and is probably the tourist trap most frequented by New Yorkers.

Simon spoke with third-generation owner Jake Dell for the pilot, and the rest of us spoke to him just to speak with him.

Although famous for its pastrami, Katz's is arguably more famous as the site where the fake orgasm scene in When Harry Met Sally was filmed.

Jake Dell said that wasn't true when the movie came out. The outside of the restaurant wasn't filmed, and there was no reason for people to think about where the scene took place.

But word got out, Katz's capitalized on it by hanging a sign over where the scene was fillmed, and Dell tells me that someone fakes an orgasm somewhere in the restaurant at least once a week. It’s often excruciating, he observed. 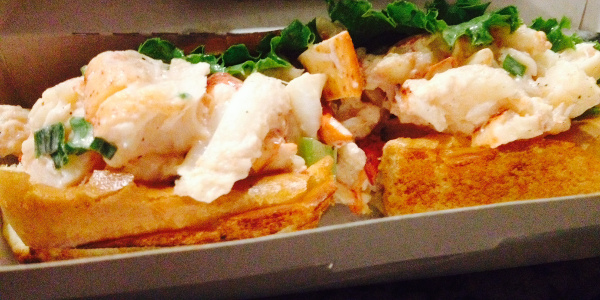 From there I did my job as a New Yorker and led the team on a subway ride to Chelsea Market, where we had PB&Js and grilled cheese sandwiches from Amy's Bread, bánh mì sandwiches stuffed with smoked meat (Montreal's version of corned beef) from Brooklyn-based Mile End Deli at Num Pang, and a lobster roll from The Lobster Place.

From there we had some sliders at The Meatball Shop, and then had our last sandwich based on classic New York deli meats, the Lenwich #1 at Lenny's. That's a combination of hot pastrami and corned beef with melted Swiss cheese, coleslaw and Russian dressing.

We wrapped up with the porchetta sandwich at Porchetta, which is a big hunk of rolled, herbed roasted pork served on a roll. What could be bad?