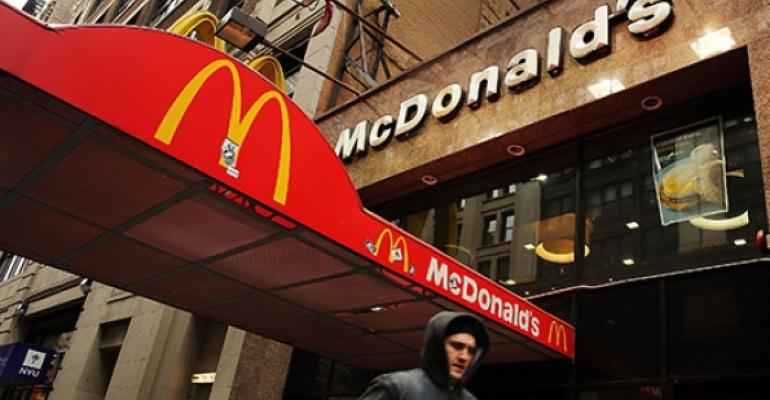 McDonald’s Corp. is working to fix a severe sales problem in Japan, and at least one analyst believes that one of the company’s solutions there — store closures — could be replicated in the U.S. if sales don’t improve.

If you think that McDonald’s has a problem in the U.S., where sales have fallen 14 of the past 16 months, they’re not in the same league as the severity of its problems in Japan, its second biggest market with 3,100 locations.

McDonald’s stores in Japan are operated by McDonald’s Holdings, Ltd., a partnership in which McDonald’s owns 49 percent. The company has had sales problems for years in Japan, but they took a steep turn south in 2014 and turned into an absolute disaster in January, when same-store sales fell an astounding 39 percent.

McDonald’s problems in Japan include food safety concerns. They began with worries related to the food safety scare out of China. But then in January the company disclosed four cases of contaminated food, including a human tooth found in a pack of French fries and hard plastic found in a chocolate sundae.

This came after the company ran out of fries in December thanks to a labor dispute in the U.S.

Suffice it to say, McDonald’s Japan expects sales to be ugly this year. The company expects total sales to fall 14.4 percent this year. “We expect results will continue to be negatively impacted for the foreseeable future,” McDonald’s CFO Kevin Ozan said of Japan at an investors’ conference earlier this year.

As part of a revitalization plan announced today, McDonald’s Japan plans to close 131 underperforming restaurants that have “no long-term growth potential” this morning, along with plans to remodel 2,000 locations over the next four years. It also announced other plans to revitalize the market, including cost cuts that involve offering early retirement to 100 people at company headquarters.

“We accept responsibility for recent results and the disappointing forecast,” the company wrote in a release this morning. In response, it reduced pay for its president and representative director as well as board members.

The company is projecting a “huge loss” this year driven in part by one-time costs and investments associated with the plan but expects to return to profitability next year.

But he also suggested that closures could spread to other markets, including the U.S. While Anderson said that McDonald’s experience in Japan “is an extreme example,” he said new CEO Steve Easterbrook could consider store closures in the U.S. “if same-restaurant sales do not recover soon.”

Same-store sales in the U.S. don’t seem to be turning around that quickly. They fell 4 percent in February, and early indications aren’t pointing to much improvement in March. A few more months like that could force some more serious action on the part of the domestic franchise.

Store closures certainly aren’t unprecedented. After all, the last big crisis in McDonald’s history back in 2002 was solved in part by 175 store closures.

And, if sales keep falling and the company doesn’t move to close some of its 14,000 U.S. locations, an activist could always pressure the company to do so.

“We think if Mr. Easterbrook does not consider this strategy, potential activists may add closures of underperforming units to their ‘wish list’ of improvements to boost shareholder returns,” Anderson wrote.