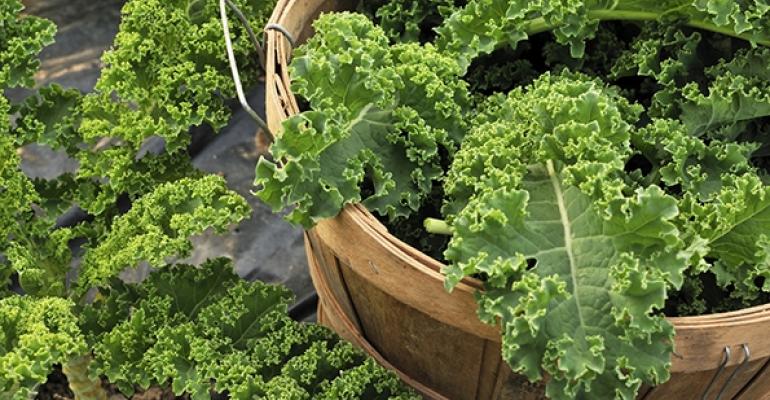 Can kale save McDonald's?

McDonald’s Corp.’s plans to lift its U.S. sales will apparently include a secret ingredient: kale.

According to Janney Capital Markets Analyst Mark Kalinowski, the Oak Brook, Ill.-based restaurant chain is planning to add kale as an ingredient in a to-be-named product at some restaurants later this year.

A spokeswoman for the big burger chain would not confirm or deny the kale reports, saying only that, “As we continue to listen to our customers, we’re always looking at new and different ingredients that they may enjoy.”

It’s a small ingredient, but it does show the extent to which McDonald’s is going in its effort to improve its sales and its reputation. The company’s February same-store sales fell 4 percent in the U.S., despite better weather, lower gas prices and an improving economy. The company said it has an “urgent need to evolve with today’s consumers.”

Kale would be an evolution. The leafy green has been increasingly popular in the past couple of years — the number of farms raising kale more than doubled between 2007 and 2012.

Kale could be part of an effort by McDonald’s to appeal to more health conscious consumers. It would also in theory give the brand a health halo, giving consumers a better perception of the brand even when they order Big Macs and large fries.

It also comes as the company is clearly shifting gears to appeal to younger consumers and evolve into a “modern, progressive burger company.” The chain is phasing out human antibiotics in chicken and will stop selling milk treated with growth hormone, which in theory would appeal to younger consumers that have apparently turned against the big chain.

Still, it remains to be seen whether this is where the brand should truly go. Throughout its struggles, McDonald’s has been underperforming its primary competitors, Burger King, Wendy’s, Jack in the Box and Sonic. Those four competitors have reported average same-store sales numbers of 5.4 percent in their most recent quarters — more than 700 basis points ahead of McDonald’s fourth quarter sales. And since then, McDonald’s sales have only gotten worse.