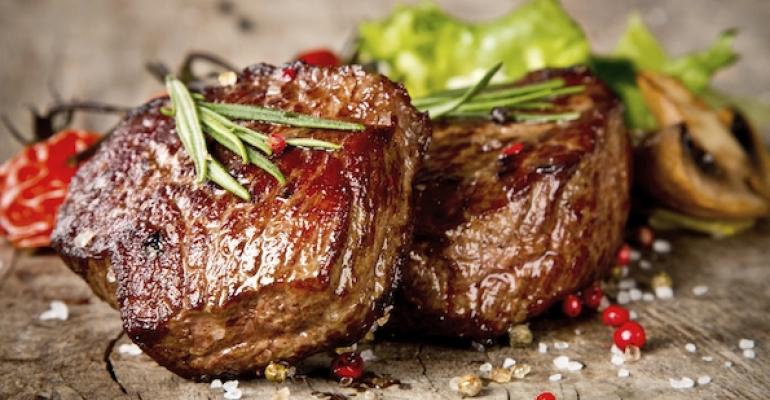 Are menu prices rising too much?

Skyrocketing food costs over the past couple of years have left restaurant chains with no choice but to hike menu prices. Record beef costs, after all, make it a lot harder to sell a $1 hamburger than it was just a few years ago.

Food costs have started to come down more recently. Wholesale food prices are down 3.7 percent, according to federal data, as the price for beef and other proteins falls.

But that hasn’t stopped restaurants from raising prices.

In January, food away from home inflation was 2.7 percent, according to federal data, meaning that restaurants increased menu prices by 2.7 percent on average. That was much higher than the overall inflation rate of 1.4 percent.

And it was significantly higher than the inflation rate for food at home: Average prices for food eaten at home declined by 0.5 percent, according to federal data.

Del Frisco’s Restaurant Group said on Tuesday, for instance, that it is concentrating its menu price increases more on areas where the minimum wage is increasing.

But higher prices are still a potential issue for the restaurant industry this year. Consumers don’t like increasing prices.

Consider for a moment the reaction Subway got when it introduced a $6 Footlong to consumers who still vividly recall its $5 Footlong. Even McDonald’s Corp., which has now introduced a 2-for-$5 menu with some of its signature entrees, got some pushback from consumers who liked the 2-for-$2 menu.

Consumers notice when restaurants increase prices. And if they view prices rising at a higher rate than they expect, they might be less inclined to eat out — especially when they see their prices for steak and ground beef and chicken all falling at the local grocery store.

As it is, there is growing concern about the impact of higher prices on restaurant industry traffic.

Restaurants recorded only one month with increasing traffic in 2015 — the weather fueled January of that year — according to Black Box Intelligence. In December, for instance, traffic fell 2.1 percent. It fell 3.2 percent in January.

To be fair, January’s numbers for both of those surveys were heavily influenced by weather, and thus traffic was likely higher than it appeared. And it’s important to recall that the comparisons for those two months were really hard.

In addition, as I said before, the restaurant industry remains in solid shape. There is still plenty of demand, food costs are easing, and operators are building and expanding.

But even though the economy is improving, consumers remain price conscious. A restaurant industry that is raising its prices at a far higher rate than grocery stores could keep more of those consumers at home.