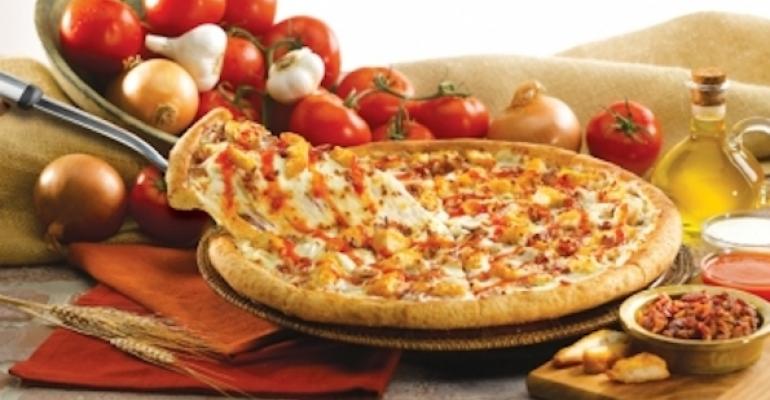 That, at least, is the view of KeyBanc analyst Chris O’Cull, who this week upgraded Papa John’s International Inc., in part because civil and political disruptions might keep people from dining out.

“We believe the civil and political disruptions that have negatively impacted restaurant dining may be helping pizza operators that deliver to consumers,” O’Cull wrote in a note late Tuesday.

O’Cull expects this phenomenon to play out at least through the general election in November and could lead to upward earnings revisions over the coming quarters.

There is no question that when people are prone to stay inside, they eat more pizza. Bad weather, for instance, which is terrible on many restaurant chains, tends to be good for concepts that deliver.

And there is no question that our current environment is loaded with unrest. Protests in many communities over shootings by police, the shootings of police and the specter of terrorism are all creating an incredibly tense environment. And then you add to this mix an upcoming presidential election in a period in which voters are highly divided.

So it’s not entirely out of line to think that people might simply be staying inside these days and not bothering to go out. And if they’re staying in, they’re going to want to eat. Sometimes that leads to pizza deliveries.

O’Cull suggests that casual-dining traffic is down 3 to 5 percent in the past several weeks. And he said that “may be the result of consumers eating more at home amid the current political/social backdrop.”

He doesn’t believe the consumer is “entrenched,” but is rather shifting spending in favor of more convenience.

O’Cull suggested that, among the companies he met with in the second quarter, Papa John’s management “seemed the most confident in the trajectory of its business.”

Investors seem to be buying into the idea. Papa John’s stock is up more than 3 percent today. Rival Domino’s Pizza Inc. is also up more than 1 percent, and both Yum! Brands Inc. and Papa Murphy’s Holdings Inc. are up slightly, too.