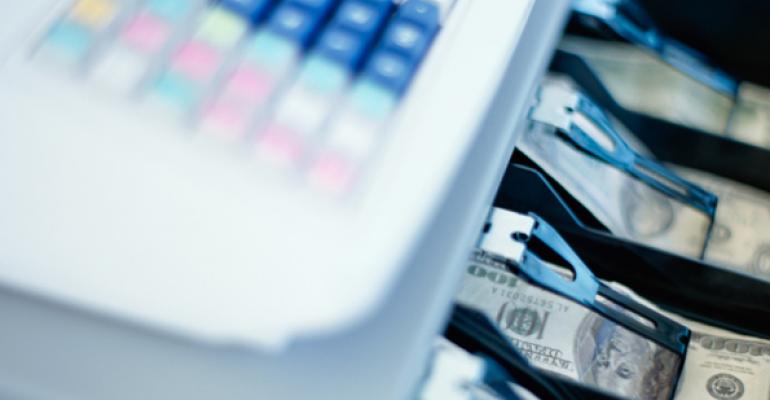 Same-store sales grew 2.8 percent during the month — a 0.7-percent improvement compared with the growth rate reported for September, according to the report released Thursday. In addition, the industry achieved positive growth in the vital same-store traffic indicator for the first time since February 2012, underscoring the strength of October’s performance.

“2014 has become a good year for the restaurant industry when it comes to same-store sales,” said Victor Fernandez, executive director of insight and knowledge for TDn2K, parent company of Black Box Intelligence and People Report.

“Excluding January and February, when we experienced abysmal sales and traffic results due to the severe winter storms, we have posted positive same-store sales growth seven out of the eight months following February 2014. Growth rate was very tepid at the beginning of the year, but it has definitely picked up since mid-summer. In fact, rolling three-month same-store sales growth was a healthy 2.2 percent during the period between August and October,” he said.

Same-store traffic rose 0.4 percent during October, which represents a 0.6-percent increase compared with September. Traffic growth has now improved during three consecutive months, and shows a trend line that suggests flat to positive growth for the rest of the year.

“Since the end of the recession, the restaurant industry has struggled with a traffic problem, illustrated by the fact that there have only been four months of positive same-store traffic growth in the last three years. [That makes] October’s results especially important. This is the first time since the beginning of 2012 that we are able to report sales growth backed up by an increasing number of guests, and not just propped up by price increases or sales mix shifts,” Fernandez said.

“As the economy continues to show signs of strength in the form of an improving labor market, rising incomes and favorable gas prices, additional consumer spending should follow. In addition, the consumer’s positive outlook persists — evidenced by October’s seven-year high in the Conference Board’s Consumer Confidence Index — and our expectations are for a strong end of the year, possibly the third consecutive quarter of positive same-store sales and perhaps the first quarter of positive same-store traffic since the end of the recession,” Fernandez said. “However, the deciding factor could once again be the weather, especially during December. Winter storms of 2013 had a very large impact on the industry’s performance. As long as this year’s weather conditions are not worse, the industry could be poised for some very good news to close the year.”

Fernandez indicated that recruiting and retention continue to be challenging for the restaurant workforce. Turnover crept up for both restaurant managers and hourly employees during September, according to People Report’s latest published results. Meanwhile, recruiting difficulties continue to intensify as the industry keeps creating new jobs at an accelerated rate. Job growth was measured at a 3.3-percent year-over-year rate during September, which represents 11 consecutive months in which the number of restaurant employees has grown at a pace of more than 3.0 percent annually.

The Restaurant Industry Snapshot is a compilation of real sales and traffic results from over 187 DMAs representing 110+ restaurant brands and over 20,000 restaurant units that are clients of Black Box Intelligence, a TDn2K company. Data is reported in five distinct segments: casual dining, upscale/fine-dining, fast casual, family dining and quick service. Black Box Intelligence is a sister company to People Report, which tracks the workforce analytics of one million restaurant employees. TDn2K reports on over 30,000 restaurant units, one million employees and 45 billion dollars in sales. The Restaurant Industry Snapshot also includes the Restaurant Industry Willingness to Spend Index from Consumer Edge Research, a monthly household survey of more than 2,500 consumers.