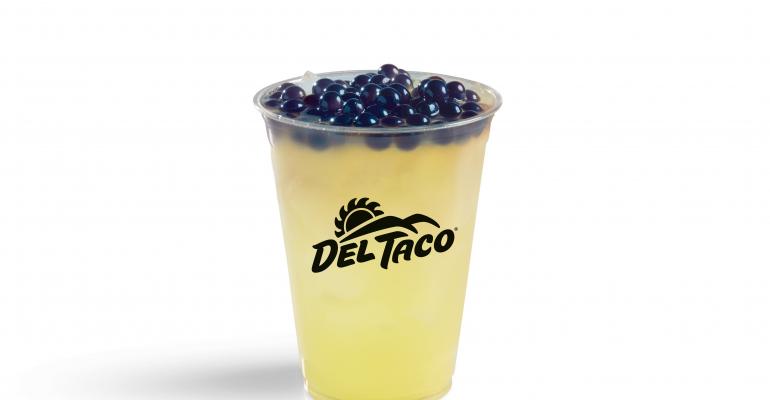 These global beverage trends are dominating the restaurant industry

Restaurants are bringing their own spin to nonalcoholic drinks like boba, matcha and horchata

The global pantry has long provided a reliable wellspring of inspiration for chefs, who have adapted and adopted international flavors with dishes that nod to their source while luring patrons to try something new. Current menu exemplars include Elote Mexican street corn hash with chipotle crema, which is a limited-time-only offer at daytime cafe chain First Watch, and Kung Pao noodles with crispy lobster tossed in a sweet and spicy soy-ginger sauce, which is on the permanent menu at seafood powerhouse Red Lobster.

Relatively less attention has been paid to beverage offerings. Sure, bartenders have been quick to experiment with imported spirits, beers and wines and to concoct creative cocktails, but the nonalcoholic side has been a relative nonstarter. There are signs, however, that this is starting to change.

Bubbles are bursting. Boba, or bubble tea, is a Taiwanese import in which the tea is served with distinctive black tapioca pearls. Previously the province of bubble tea cafes, the bubbles have been popping up all over of late. Del Taco opened the flood gates in June 2020 with a Sprite Poppers promotion, in which mango or cherry boba were added as toppers to the beverage. It proved so popular that the chain came back for seconds this spring with limited-time Mini Shake Poppers and lemonade Poppers. This time around, the popping pearls were blueberry and peach-flavored.

Numerous operators have since taken the plunge. In May, Caribou Coffee added a trio of teas to cool the sizzling summer. The raspberry green tea, matcha tea cooler and sparkling green tea lemonade come with coconut-coffee jelly bubbles. Sonic Drive-In got summer off to a sweet start with Bursting Bubbles that launched in May and ran until August 1. Featured in the Blue Burst Slush and the Cherry Burst Slush, the green-apple-flavored orbs could also be added to any cold drink.

Related: From mochi to matcha, Asian influences are expanding on dessert menus

Dunkin’ rolled out its own Popping Bubbles in late June with a punning press release referring to “pop culture” and inviting patrons to step out of their “personal bubbles” to test-drive the new strawberry-flavored bursting bubbles that can paired with any iced or frozen beverage. What’s more, they’re served with an extra wide pink-and-orange paper straw made specifically to enhance the sipping experience. And in a variation on the theme, Shake Shack’s Cherry Pop Shake marries vanilla cola-flavored frozen custard with Amarena cherry and popping candy and is available until October.

Easy being green. Matcha, a powder made from finely ground green tea leaves, is touted for its nutritional properties. It also offers ready compatibility with a range of other ingredients. Caribou’s Matcha Tea Cooler is blended simply with vanilla and half and half and shake mix, while Nectar Juice Bar pumps up the protein with the pineapple matcha smoothie made with cashew milk, vanilla protein, and agave nectar.

Rice is nice. Rice-based horchata, popular throughout Mexico and Guatemala, combines rice soaked in water that is strained and mixed with cinnamon and vanilla. On menus here it’s being incorporated in coffees, like Peet’s horchata cold brew oat latte or Starbucks’ Almondmilk Horchata Frappuccino.

Looking ahead, we’ll see more beverage-and-food mashups like Dunkin’s matcha-glazed doughnut LTO earlier in the year. Voodoo Doughnuts based in Portland, Ore., leverages its dough expertise in unexpected delights like the cannolo stuffed with matcha cream this spring and the doughnut filled with horchata-flavored custard this summer. And Kung Fu Tea, an international chain with units throughout the U.S., is running a Hot Boba Summer promotion featuring Mango Creamsicle Boba Tea, the ultimate East-meets-West, old-meets-new hot weather refresher.