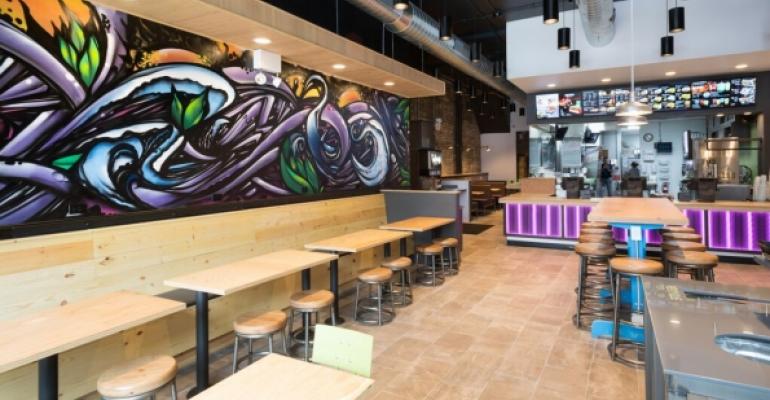 New urban concept aims to reach Millennials in the downtowns where they live, work and play

Taco Bell this month is opening the long-awaited new urban design restaurants in Chicago and San Francisco that will serve alcohol and attempt to capture Millennials in the downtowns where they work, live and play, the company announced Tuesday morning.

To be dubbed “Taco Bell Cantina,” the first urban unit is scheduled to open in Chicago’s Wicker Park neighborhood on Sept. 22. Later this month, the second will open in San Francisco, near AT&T Park, though an exact date was unclear.

The Taco Bell Cantina name will be reserved only for urban units serving alcohol.

The unit in San Francisco will serve beer and wine, while Wicker Park will serve beer, wine, sangria and a line of Twisted Freezes, with rum, tequila or vodka.

Twisted Freezes will be priced between $6.19 to $7.19, depending on the spirit added, with beer and wine around $4 per serving, though prices may vary.

Also on the menu at Cantina locations will be a tapas-style menu of shareable appetizers ranging in price from $3 to $5, including Chili Cheese Nachos and a Rolled Taco Platter, mini quesadilla nachos and chicken tenders, in addition to the traditional Taco Bell menu.

Urban units will also serve food in open baskets, rather than closed packaging.

The move is part of the 6,000-unit chain’s commitment made in 2012 to add 2,000 units to its portfolio by 2022, said Meredith Sandland, the Irvine, Calif.-based chain’s chief development officer

One area of opportunity for growth was moving into urban environments, a place where the brand historically didn’t go because of its traditional dependence on free-standing locations with drive thrus.

The new urban locations are slightly smaller and don’t have a drive thru at all. Wicker Park, for example, is about 1,882-square feet, compared with a traditional unit ranging between 2,000- and 2,500-square feet.

The design is more pedestrian friendly: the new unit in San Francisco, for example, will have the chain’s first walk-up takeout window specifically for mobile orders.

“We believe in listening to our consumers to let them guide us, both on the food and design front,” said Sandland. 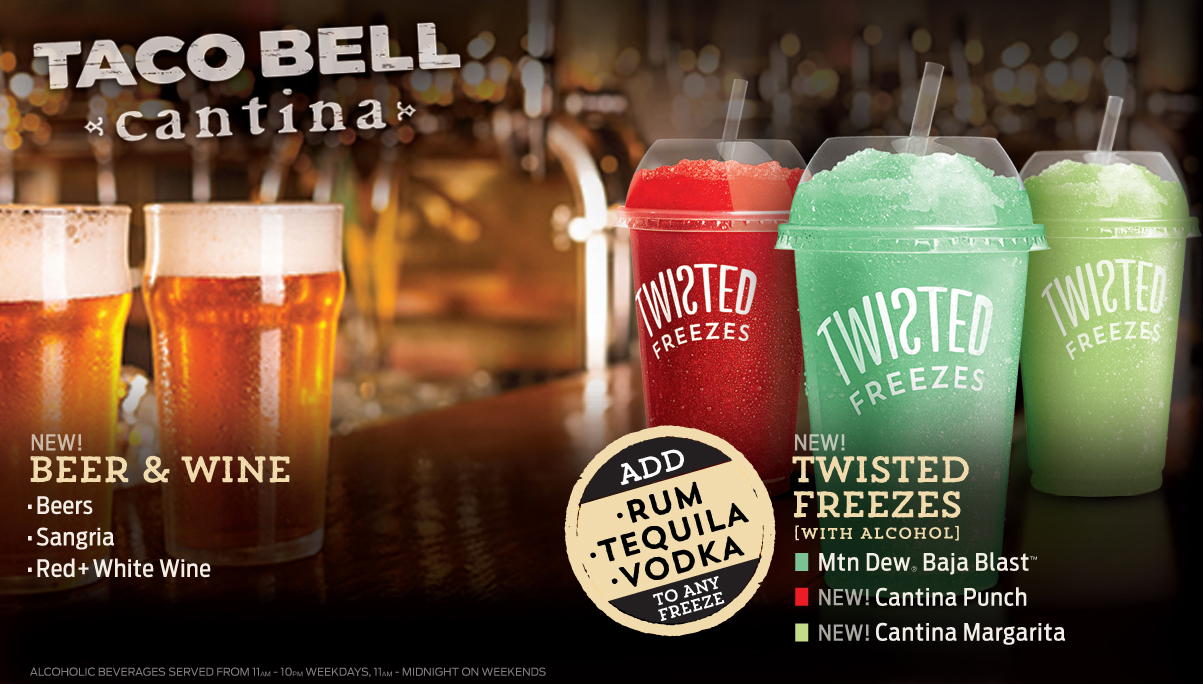 One thing consumers have asked for is “urbanization,” she added. “We’re trying to provide restaurants where they work, live and play that can be accessed easily on foot, rather than the drive thru.”

The new urban restaurants will also be designed to capture a more local feel, Sandland said.

The Wicker Park location, for example, features a bold mural by local artist Revise CMW, known for his street work.

In San Francisco, the restaurant is lined with large digital screens where guests will be able to watch baseball games and other content because of the proximity to the ballpark.

The new urban design units will also have more open kitchens to show off ingredients, an idea borrowed from international locations where Mexican food is less familiar. The open kitchens overseas help guests recognize familiar ingredients. In the U.S., however, the goal is transparency, Sandland said.

“Consumers want to know more about what’s in their food,” said Sandland. “You will literally be able to see into the open kitchens, which allows consumers to see all the beautiful ingredients and watch the team members build their meal.”

The restaurants will also be more energy efficient with LED lighting, use of reclaimed materials and recycling.

Sandland said many of the urban design elements will also be incorporated into traditional Taco Bell units, as about 200 new restaurants open and about 400 per year are remodeled.

Company officials are looking at more potential urban markets. Reports have indicated Boston, New York or Columbus, Ohio, could be potential locations, but Sandland said she could not say definitively where else the redefined urban Taco Bells will go.

“These new urban restaurants are a critical part of our growth strategy in markets where people experience our brand differently,” said Brian Niccol, Taco Bell Corp.’s CEO, in a statement. “Today’s consumers are living in more urban settings and our new restaurants cater to their lifestyle in adapting our traditional restaurant concept to fit their modern needs.”