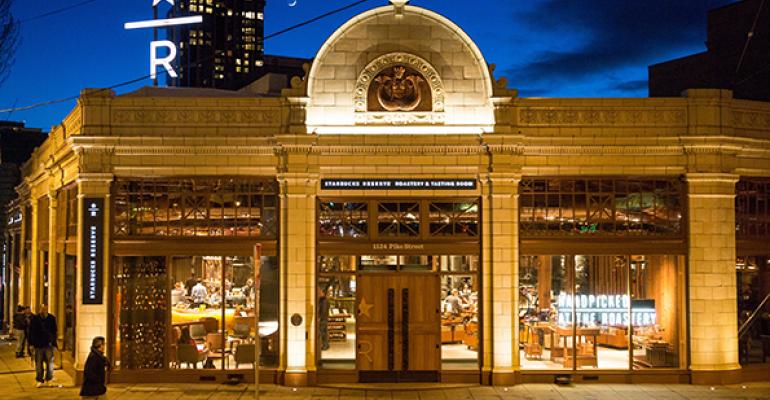 The coffee-chain’s Roastery is scheduled to open in 2018

Scheduled to open in 2018, the company said the massive, 20,000-square-foot unit will be inspired by the original Starbucks Reserve Roastery and Tasting Room, which opened in Seattle in 2014 and has helped launch the coffeehouse chain’s ultra-premium Starbucks Reserve platform of micro-lot and small-batch coffees.

The concept is designed to highlight the theater of roasting coffee with a forward-thinking design that company officials say will shape the future of Starbucks. Another Roastery location will also open in Asia, though the company has not yet revealed the location.

During the company’s first-quarter earnings call with analysts in January, Howard Schultz, Starbucks chairman and CEO, said the Seattle Roastery has performed well ahead of original expectations.

“Our Seattle Roastery experience created something that had never been done before, transforming a retail environment into something far beyond just a coffee shop and into the single best retail experience of any kind,” Schultz said in a statement Monday. “In New York, we want to take elements from what we originally created and build something even bigger and bolder, celebrating coffee and craft in a completely unique and differentiated way. We want this experience to tell our customers that we’re coming to Broadway.”

The New York Roastery will be Starbucks’ largest unit ever. It will be designed by Rafael Viñoly in a new building about one block from Chelsea Market.