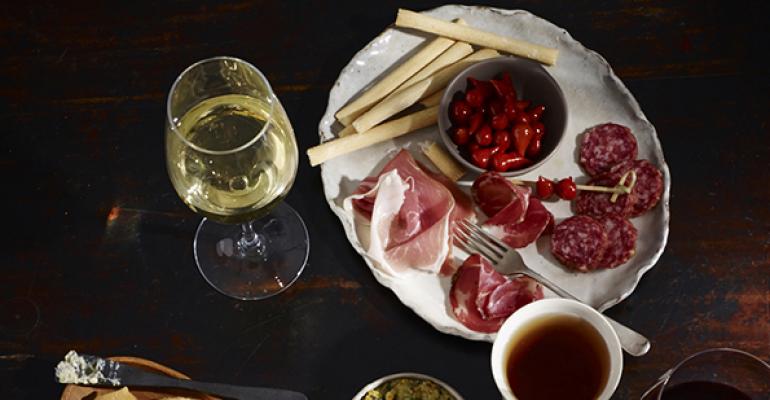 Starbucks Corp. is accelerating the expansion of its Evenings program, featuring the addition of beer and wine, along with small plates and other late-in-the-day beverages.

The company first began testing the addition of beer and wine at a unit in Seattle in 2010, and the program has since expanded to 75 units, including markets like Washington, Oregon, Los Angeles, Chicago, Florida, Atlanta and most recently in Denver, Miami, Orlando, Fla., and Northern California, the company said Monday.

By fiscal 2019, the company plans to roll out the Evenings program to about 2,000 of the chain’s 12,000 units in the U.S., including several hundred over the next 12 months, said a Starbucks spokeswoman.

By that point, the program is expected to generate $1 billion in incremental sales, she said.

During the company’s third-quarter earnings call with analysts in July, Cliff Burrows, Starbucks group president for the U.S., Americas and Teavana, said the Evenings program is part of an overall effort to grow occasions beyond breakfast. The morning daypart has always been Starbucks’ strongest, but the coffeehouse chain is now driving new traffic later in the day, he said.

“We’re seeing an increase in occasions with the work we’re doing around dayparts, and that can be lunch, that can be our Frappuccino platform, right through to the Evenings in stores,” he said. “All of those are helping us to grow all our stores across all dayparts.”

The move has established Starbucks as an evening meeting spot for groups that may include customers who are not looking for coffee so late in the day.

Starbucks has brought in sommelier Rachel Antalek and a team of “sensory experts” to help design the menu of wines and craft beers that vary by region according to local tastes.

In the Pacific Northwest, for example, customers might find Alamos Malbec from Argentina and craft beers from Maritime Brewery’s Old Seattle Lager. In Chicago, the menu might include Terrazas Malbec, also from Argentina, and the local Goose Island’s Goose IPA, the company said.

Starbucks estimates that 70 percent of its coffee customers also drink wine, compared with 30 percent of the general U.S. population, citing data from Mintel Insights in January 2014.

Food offerings also vary by unit, with snackable dishes that complement the beer and wine offerings, like Truffle Mac and Cheese, a Chicken Sausage and Mushroom Flatbread or Bacon Wrapped Dates with Balsamic Glaze.

The daypart emphasis also allows the company to promote teas and other beverages besides coffee, officials said.

Evenings units are also being reworked with design features that invite “unwinding,” with warmer lighting, soft seating and community tables that allow groups to gather, the company said.