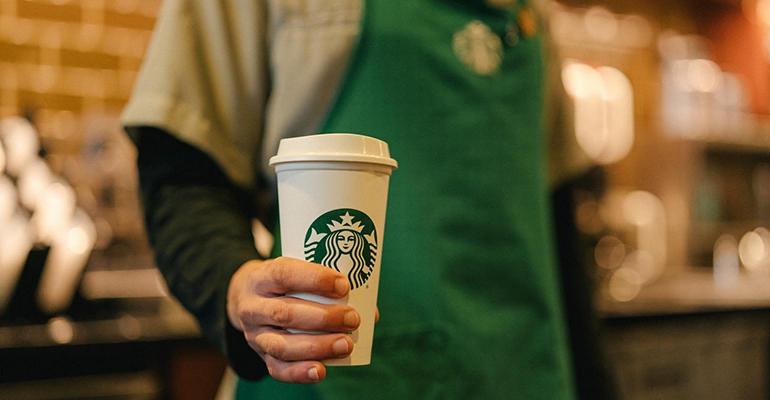 Starbucks drinks made with Oatly oat milk go national on March 2, timed with a release of new menu items made with nondairy milks and plant-based proteins

“We’re pleased to bring Oatly oat milk to Starbucks stores nationwide in the U.S., something our customers have asked for as they increasingly seek a variety of plant-based choices,” Luigi Bonini, senior vice president of global product innovation at Starbucks, said in a statement. “When selecting an oat milk, we looked for a high-quality ingredient that is not only delicious, but also complements our coffees and inspires new handcrafted beverages […] opening up new possibilities for beverage innovation at Starbucks.” 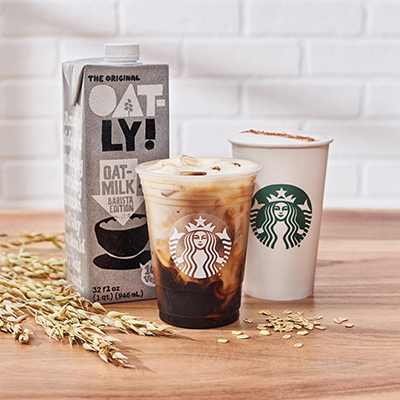 This new lineup is part of Starbucks’ latest effort to appeal to vegans and flexitarians. The company began testing out oat milk in 2019 but did not announce the widespread test of the new beverage option until last year.

Starbucks first hinted that they would be expanding upon their plant-based milk platform in December at the company’s annual investor day event, when they said that oat milk would be making its debut this spring, and joining other plant-based beverages already on the menu, like the coconut milk Cascara Latte and iced pineapple matcha drink, and other beverages made with plant-based milk foams released early in 2020.

Other new spring menu items that will appeal to vegans, vegetarians, and flexitarians alike include the fully-plant-based chickpea bites and avocado protein box, also coming to Starbucks menus this March.