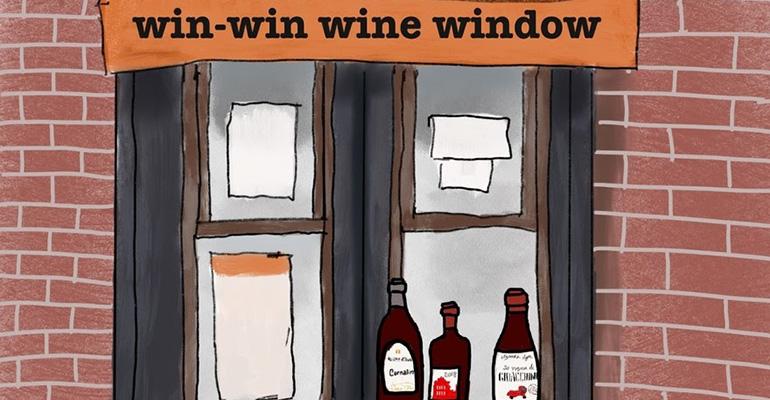 Restaurateurs manage cashflow during COVID-19 by unloading their cellars

Building a solid wine cellar for a restaurant takes years. Buying must be spread out over time to keep business costs in line, and a keen eye must be focused on which types of wine are purchased — knowing whether it’s time to beef up the library vintages of cult classics, dabble in acquiring some esoteric gems, or taking advantage of bulk deals that will take years to move through. Wine inventories can be like baseball card collections, or museum collections carefully curated by experts — they are constructed with care and thoughtfully grown over time. But with the onset of COVID-19, desperate owners have given the green light for their beverage managers to throw open the doors to their cellars of liquid gems and do whatever they can to move them out the door and convert them to cash.

And so began the great wine cellar sell-offs of 2020.

“We were facing a challenge never dreamt of before, and we had to innovate and get creative, so that’s exactly what we did,” said Vincent Comunale, director of operations and beverage for Harvest Restaurant Group, which operates 14 restaurants in New Jersey. “We were looking to sell everything that wasn’t nailed down. We knew we would need the tables and chairs again; however we knew we had to turn bottles into dollars and we were forced to do it quickly and responsibly.” 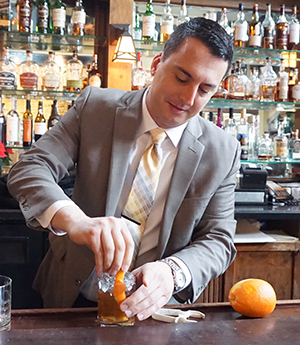 Comunale and his team realized that many of their higher end, affluent customers already had impressive wine collections of their own, but that the Harvest group could offer them prized bottles from their cellars that weren’t available in local shops or easily hunted down elsewhere. And with New Jersey’s liquor authority recently allowing them to sell alcohol with to-go orders, they went into overdrive to get the word out, and began selling off their wine reserves.

“At first, it was simply convenient to purchase their beverages through us when they picked up their food, but then through social media posts, menus inserted into every to-go bag and just good old-fashioned word of mouth, we made headway in getting the word out about the wines,” Comunale said. “Phones started ringing. One of the most innovative ideas that we had success with was putting together ‘Somm Kits,’ which were selections of wine picked by our sommeliers that were grouped by theme. [We picked wines that] were popular in the normally packed dining rooms, and we were now [them] offering at retail prices.”

Comunale notes they were able to reduce their overall total inventory at some of the locations by 30%-40%.

In New York City, Hearth Restaurant remained fully closed from mid-March to mid-May. However, in the second week of the shutdown, they made the decision to begin selling off their wine inventory at retail pricing (a 30%-50% markup versus a traditional restaurant markup of 200+%) to create cash flow.

“We saw it literally as liquid money,” said Christine Wright, general manager and wine director. “For us, if it's between saving the cellar or the restaurant, save the restaurant. Product can be replaced, but you can't replace the loyal staff members who have been with you for 10 years. A well-stocked wine cellar is of minimal value without the staff who sells it.” 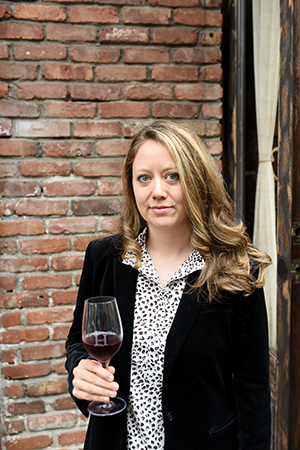 While Wright did some social media promotion, mostly via Instagram, she found the most effective way to make the sales was via the restaurant’s email list.

“We sold approximately $50,000 in wine during March and April,” Wright said. “We’d send an e-blast announcing the sale, and the customers would email me directly to purchase for pickup from the restaurant. The response was overwhelming. Additionally, some would call me on my cell phone, and we'd have a conversation about what kind of wine they'd like and how much they'd like to spend in total, and I'd put it together. I also offered a special ‘rainbow 6-pack’ of a sparkling, white, orange, rosé, chilled red and traditional red wine (dealer's choice) that was a total bargain at $120 for all 6. That sold like crazy.”

Wright managed to clear out more than 50% of the wine cellar before deciding in mid-July that she needed to stop selling at retail prices to ensure that she would have product for the restaurant patrons who were now dining (outdoors only) at the restaurant.

For those beverage directors who kept their jobs over the past six months, the story has been one of creativity, survival and just outright hustle to keep the lights on.

“We did everything,” said Mandy Sparacino, wine director of the Del Frisco’s Double Eagle Steakhouse in Los Angeles. “We sold to-go spirits, cocktails, wines, whatever. And I delivered everything. I drove around L.A. approximately five hours a day doing delivery before coming in and making new sales for the next batch.”

Sparacino and team decided to also begin liquidating some of their world-renowned wine cellar, which carried a value of nearly $2 million. 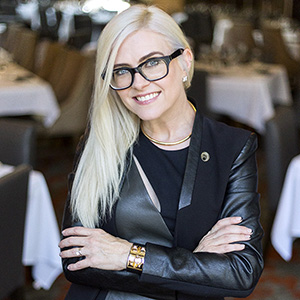 “I texted, called, and emailed anyone and everyone I knew,” she said. “I got aggressive because I was worried our restaurant would close. In April, I began reaching out to all of our regulars, giving them dibs at our exclusive list, and soon I had collectors from all over contacting me to buy our high-end wines. On a smaller scale, we also offered 50% off of wines under $600 to our wine-loving guests.”

Sparacino estimates that they liquidated more than 25% of their inventory.

At this point, many beverage directors are focusing on more of a suite of offerings to generate revenue, as opposed to just a downright fire sale on their most prized wines. For instance, Sparacino found great success with virtual wine tastings, particularly for high-end clients. At the height of the program, she was sometimes doing two to three classes per day, but mostly she averages around two per week now.

“The classes gave me a sense of purpose and normalized the atmosphere the most,” she said. “And I generated the most revenue from them, and that made me happy. I love doing them and they really keep the beverage dialogue open and allow my guests to continue exploring new wines.”

Comunale and team at Harvest have also dialed down the mass sell-off of their cellars, but continue to offer some of their high-end wines by the glass to reward the diners who are now returning, which has created a lot of interest and overall goodwill.

At Hearth, Wright has also shifted back to more normal restaurant pricing of their wines, particularly as outdoor dining has returned. Indoor dining in New York City is scheduled to return, at 25% capacity, at the end of September.

She suggested being more circumspect with wine pricing at this point.

“I think we all got a bit desperate in the dark time,” she said. “But we're likely, and hopefully, past that now. So sell your wine for what it's worth.”