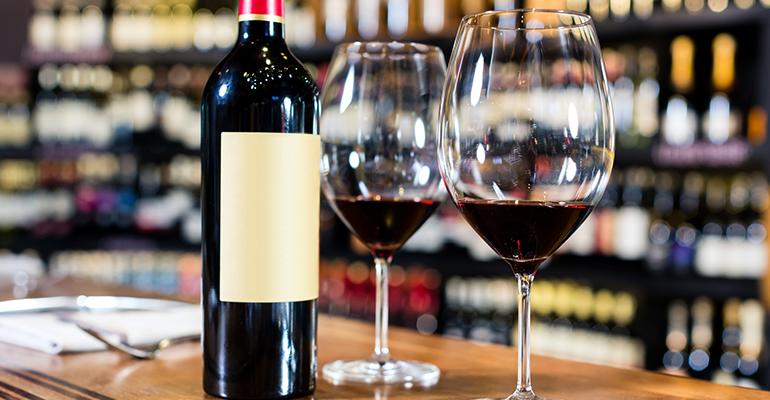 Location: A key to success

For many operators, an optimal site is critical

David Flaherty has more than 20 years' experience in the hospitality industry and is the marketing director for the Washington State Wine Commission. This article does not necessarily reflect the opinions of the editors or management of Nation’s Restaurant News.

Any outdoorsman will tell you to choose your campsite wisely.

For any entrepreneur bold enough to open a restaurant, bar or retail beverage shop, there is no more pressing challenge than where to pound down the stakes and set up shop. Factors like traffic patterns, neighborhood demographics, competition, rent and size will become the pillars that determine the success of your business.

After nearly 20 years in the restaurant industry and stints wine consulting for high-end clients in the jet and yacht industries, Doug Charles took the leap to a new segment of the beverage industry and opened Compass Wines, a retail wine shop in the small town of Anacortes, Wash.

Originally conceived as a place for luxury boaters to order, house and store their wine cellars near popular travel routes, it eventually evolved to accommodate the local community’s needs, as well.

The final location for the shop was not chosen lightly. Charles and his business partner had done extensive research over an 18-month period and analyzed everything from boats per capita, retired versus working residents, weather patterns for wine storage, traffic patterns (both on their street, as well as through town), competitors, access to rare wine allocations, and even demographic data from license plates provided by the nearby local ferry system.

“We started out looking at various marinas all the way from the Canadian border to the Mexican border,” Charles said. “And all fingers pointed to Anacortes.”

Despite a population of fewer than 20,000 people, large numbers of people move through Anacortes, as the town lies at the hub of a popular ferry port servicing the nearby San Juan islands.

“Our business model, as it is today, is critically based on location,” Charles said. “If we were five blocks north of where we are now, we would miss the traffic heading to the ferry terminal. If we were one block west, we would be off the major highway and completely invisible to traffic. If we were on the same block as we are now, but on the opposite side of the street, traffic would prevent people from stopping. For us, location, location, location is key.”

With rent being an obvious factor, many operators have looked to up-and-coming neighborhoods, gambling that the dynamics will shift in their favor, and they’ll have the benefit of getting in before popularity pushes up rents.

“At the time we signed the lease for Le Diplomate in Washington, D.C., our realtor thought we were crazy,” said Erik Segelbaum, corporate wine director for Starr Restaurant Group, which has over 30 locations around the country. “It was a transitioning part of town. By the time we opened our doors, two years later, it had improved a great deal. Since we opened, we have become the cornerstone of a neighborhood with a vibrant residential community growing by the hour.”

The restaurant’s corner location, option for outdoor seating, proximity to three subway lines, high levels of foot traffic and a strong residential community have all contributed to making it one of the busiest restaurants in the country.

However, devoted fans are known to travel off the beaten path. SingleCut Beersmiths in Astoria, N.Y., opened on an unassuming street far from busy traffic routes.

“When we chose the spot for our brewery and tasting room, very little attention was paid to foot traffic or accessibility, as we were mostly concentrating on having the right space we needed to brew,” said Dan Bronson, general manager. “For us, the ‘If you build it, they will come,’ slogan was a gamble that really paid off. If you know you have a draw … then I think there's a lot of wiggle room on where you stake your claim.”

Jamie Stratton, partner and wine director at Jacob Liquor Exchange in Wichita, Kan., who says it has the largest wine selection in the state, got a boost when the storefront they took over already had an infrastructure in place that they could build on.

“When we moved into our current space 10 years ago, it was previously a Barnes & Noble. We were able to utilize existing flooring, shelving and ceilings, and simply focused on improving the look of our store with smaller things like nicer fixtures,” Stratton said. “Also part of the equation was it was in a high-traffic area for shopping. … And because of the size and scope of our business model, it’s important to be in a good traffic area to attract people from not only around the city, but also from small towns around Wichita.”

Perhaps the most important factor, however, is ensuring your business has the support of neighbors.

“Locals are the make-or-break aspect of your business,” said Charles of Compass Wines. “Making an Internet sale or selling a bottle of high-end wine to a tourist is great, but it is the daily sales to the local, everyday people which pays my bills. If we keep them happy, we have done our job, and it’s the most rewarding part of what we do.”