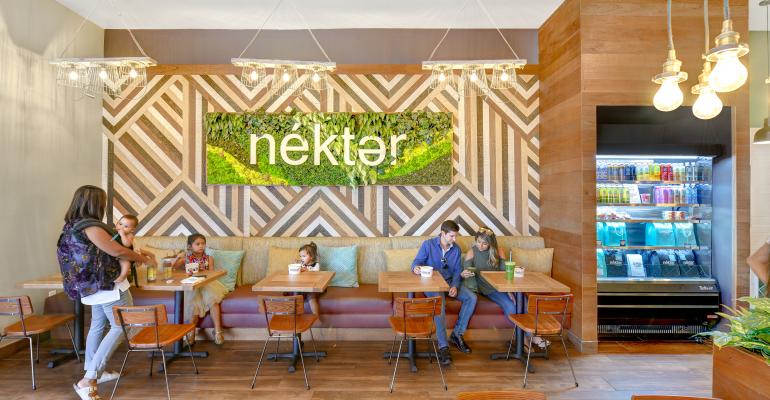 At Nekter, customers pick from seven pre-designed juices that use classic juices including carrot, kale, spinach and beet with other good-for-you ingredients like lemon, ginger, cucumber and cayenne.
Menu>Beverage Trends

“My goal was to reinvent the juice space like Starbucks did to coffee back in the early ’90s,” said Nekter Juice Bar CEO and founder Steve Schulze.

Schulze, a former infomercial salesman, founded Nekter in 2010 when he felt other juice bars had become “glorified ice cream shops” and wanted to create a truly healthy product.

“Back in 2010 when people thought of green juice, they thought of either a wheatgrass shot or carrot juice… so we wanted to develop a concept that had a very simplistic menu that followed [an] in and out pattern with simplicity and transparency,” said Schulze.

At Nekter, customers pick from seven pre-designed juices that use classic juices including carrot, kale, spinach and beet with other good-for-you ingredients like lemon, ginger, cucumber and cayenne. Consumers can also mix a custom juice.

“We are trying to be the people’s juice. We’re the farthest thing from an elitist-type juice bar,” Schulze said. “We like to be in the soccer mom type and similar communities. We like to be part of the communities and contribute.”

Other items on the menu that have blossomed in recent years range from acai bowls – Nekter claims it was the first company to start selling them – to smoothies to vegan yogurt bowls. The chain, however, doesn’t identify as anything other than a juice bar.

Nekter also does not brand itself as a vegan chain, though at 170 units, it’s one of the largest chains in the country with an all-vegan menu. Everything uses coconut yogurt, coconut water, cashew milk and other options rather than the dairy classics. 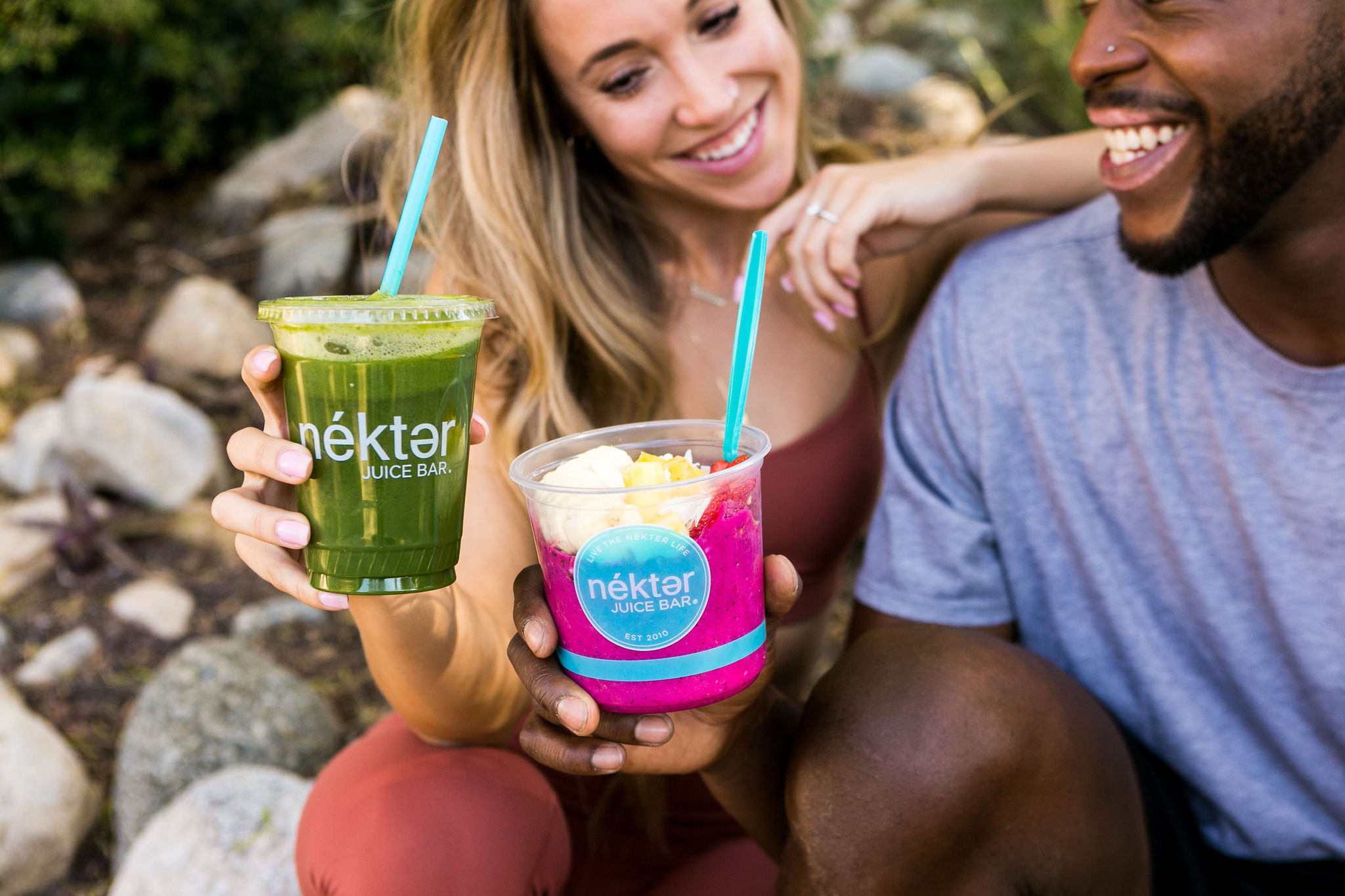 Now in its 11th year as a company, Nekter Juice Bar is plotting exponential growth after finishing 2020 in the black, growing both unit count and same-store sales.

There are almost 150 units in the works for 2021, which will almost double the unit count in the span of just 12 months.

But growth hasn’t always been this quick for the brand. In fact, Schulze waited two years until beginning to franchise and, after awarding the first six franchise locations, waited another two years to see how the model worked before expanding further.

Before allowing a franchise location to open in a market, Schulze opened a corporate location “on our own dime” to test the market because he “wanted proof of concept that the system was viable.”

For some proof of concept, Nekter Juice Bar has just closed on its 30th Phoenix location with similar numbers in the Houston and Dallas markets. It also has over 100 units in Southern California, where its roots are.

Part of its recent growth was fueled by an investment in tech. A perpetually tech-focused company, Nekter Juice Bar invested in AI just before the pandemic to help them with a predictive software to market individuals based on previous orders.

Using the AI software, Nekter was able to see a 12% growth in a control group of app users using the predictive selling feature, something Schulze plans on growing for the emerging brand.

The company’s app also launched in 2016 with 10,000 users, and the chain is nearing one million users. App signups were up 34% over the previous six months, so the chain is optimistic it will hit one million in no time.