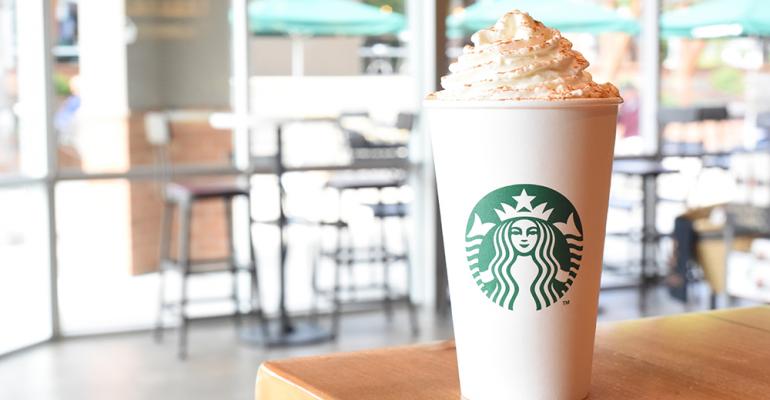 Court rules that foam counts as part of drink’s volume

A class-action lawsuit accusing Starbucks Corp. of underfilling lattes was thrown out by a judge in Oakland, Calif., on Friday.

Plaintiffs Siera Strumlauf and Benjamin Robles accused the Seattle-based chain in their proposed class-action lawsuit, filed in March 2016, of knowingly underfilling lattes by around 25 percent, alleging that the cups used to serve the drinks were not large enough to contain the volume claimed on their menu boards.

They also said the “fill to” lines on the milk pitchers used by baristas didn’t measure up to 12 ounces for tall drinks, 16 ounces for grande beverages and 20 ounces for venti drinks.

“By underfilling its lattes, thereby shortchanging its customers, Starbucks has saved countless millions of dollars in the cost of goods sold and was unjustly enriched by taking payment for more product than it delivers,” the plaintiffs argued.

Rogers rejected the claim due to lack of evidence. She also rejected the argument that foam added to lattes should not count as part of the volume, saying that reasonable people would expect foam in lattes.

Starbucks said its cups hold more than the advertised amount and that the “fill to” lines indicate to baristas how much cold milk should be used. Its volume then expands when steamed.

"We are pleased with the court’s decision to dismiss all of the plaintiffs’ claims," a spokeswoman said via email. "All of our handcrafted beverages are made in accordance with our customers’ preferences. If a customer is not satisfied with their beverage preparation, we will gladly remake it."

This is not the first time lawsuits against Starbucks for improper drink preparation have been dismissed. In 2016, two federal judges dismissed separate lawsuits that argued that ice shouldn’t count as part of the volume of iced beverages.

Other chains have also been sued over the preparation of menu items. Subway was the defendant in a class-action lawsuit alleging that its Footlong sandwiches weren’t always a foot long. Subway agreed to a settlement that was ultimately thrown out as being of benefit only to the lawyers.

A 2011 lawsuit against Taco Bell alleging that the chain’s seasoned beef was falsely advertised as beef because it contained other ingredients as well, such as seasoning, was ultimately dropped by the plaintiff’s lawyers.

Correction: Jan. 8, 2018 This story has been updated with a statement from Starbucks.