New distilleries and enthusiastic bartenders raise interest in the spirit

While the history of exactly who invented whiskey is in much debate, with no sign of any resolution, there is one thing that is not in question: The sales of Irish Whiskey in the United States have been soaring. According to the Distilled Spirits Council of the United States, sales of Irish Whiskey have seen more than 900% growth over the past 15 years, with sales of nearly 4.7 million cases being sold in 2018, generating just over $1 billion for distillers.

With this skyrocketing category growth, Irish Whiskey is now being looked at by beverage professionals in a new light, either through creative applications in cocktails, or by their driving interest leading to new small batch distilleries opening in Ireland to serve the premium market that shows no signs of abatement. 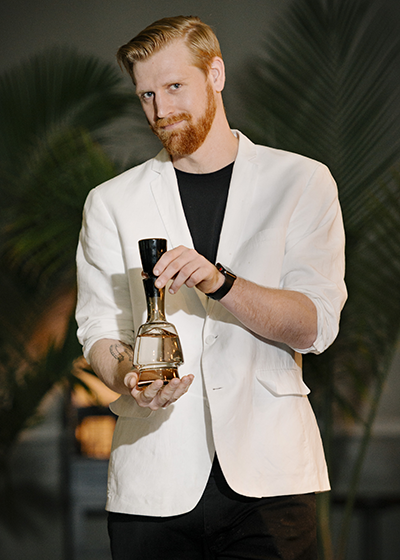 “Irish whiskey has typically been overlooked in a world of bold bourbons and peaty scotches,” said Ambrose Burke (left), bar director at Eastside in downtown Minneapolis. “But it's the nuance of Irish whiskies that make them so enjoyable to drink, and they are just as diverse and fascinating as scotch or bourbon. There are some lovely, single pot still Irish whiskeys out there, and the single malts and single grain expressions are where things become really interesting for me. Flavors range from vanilla and honey, to wood and pepper, or even sherry cask finished Irish whiskeys that bring a raisin-like, lingering finish.”

Whiskey production in Ireland began as early as 1,000 years ago, the story being that Irish monks learned the art of distillation in the Middle East before bringing it back to their home island. One claim to fame that certainly still holds today is that the Old Bushmills distillery in what is now Northern Ireland is the oldest whiskey distillery in the world, first opening its doors in 1608.

Production of Irish whiskey, while very similar to that of Scotch whisky, is different in a few subtle yet distinctive ways. While Scotch is made from 100% malted barley, most Irish whiskies are made from a blend of both malted and unmalted barley. And while Scottish producers often use peat smoke to dry the barley, most Irish producers simply use a kiln, leading to a much different flavor profile. Additionally, most Irish producers triple distill their whiskey, leading to a smoother, mellower taste. Both countries then require a minimum of three years of oak aging, with further differences coming from what type of barrel is being used — new versus used, as well as barrels that have formerly been used to store fortified wines, rums or Bourbons, for example. These are broad but helpful generalizations: The lines have blurred, and there are producers in each country now experimenting with different grains, blends and types of stills.

“My favorite thing about Irish whiskey is that it is currently an unexplored category for a lot of folks, and people are learning to appreciate it as a world-class spirit and not just something that is served as shots in dive bars,” said Chris Visic, beverage director at Pinewood Social and Downtown Sporting Club in Nashville. “At our bars, we actually use Irish whiskey as a way to get people into trying more adventurous drinks by including it in the blend.  For instance, a drink with Irish whiskey and Calvados would sell better for us than a drink with just Calvados in it. It adds a good, solid backbone to cocktails that we use to stack other flavors on top of.”

While most Irish whiskey has traditionally been served neat or in basic mixed drinks, intrepid bartenders are finding new ways to introduce guests to some of the category’s more distinctive offerings by replacing common ingredients in classic cocktails with Irish whiskey. “By making a spirit-heavy cocktail such as an Old Fashioned or a Manhattan with a single malt Irish whiskey, you can really introduce guests to the nuances of the spirit,” Ambrose Burke said.

Higher end, more premium styles of Irish whiskey are not only seeing greater demand from consumers, but also are changing the makeup of distilleries back in their homeland.

In the recent past, most Irish whiskey production was dominated by four large companies — Old Bushmills, New Midleton, Cooley and Kilbeggan — but that has changed. According to the Irish Whiskey Association, in a 3-year period, the number of distilleries quickly multiplied, increasing from five in 2014 to 18 by the end of August, 2017. 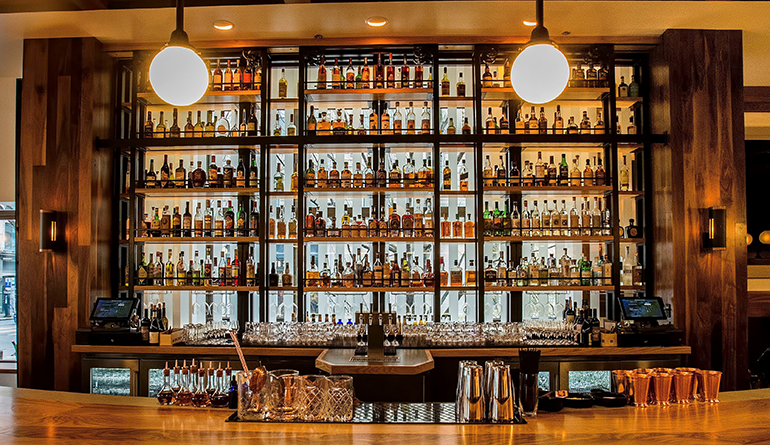 “My wife, who’s originally from Ireland, and I recently returned after nearly 10 years away to find many small independent distilleries popping up all over, similar to what’s happening here in the U.S.,” said Michael Cadden, bartender at Heartwood Provisions in Seattle. “Teeling, for example, is the first independent distiller in Dublin in over 100 years. And now that the Irish are getting back to smaller distilleries, we will see an explosion of new products over the next few years. For me, what makes Irish whiskey so unique to the world is what it stands for: An invite to a conversation. Irish pubs were places for community to meet and enjoy each other's company, and a place to entertain serious discussions over a drink. My wife’s home town of Scarriff, for instance, had 18 pubs for a town of 600 people. You do the math.”

April 17, 2019: An earlier version of this story misidentified the location of Old Bushmills distillery.