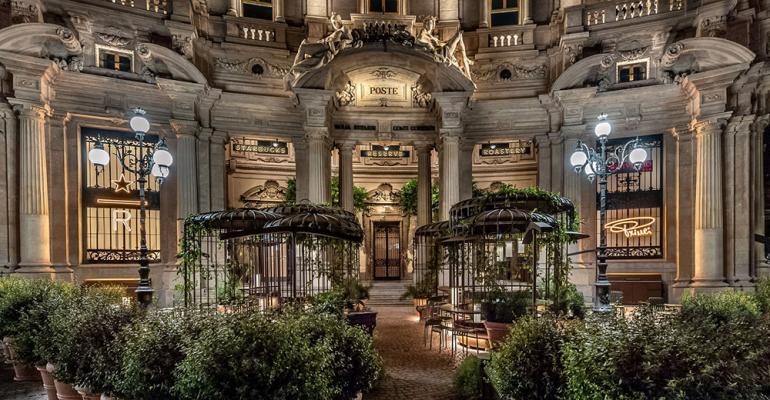 Starbucks opened its third Reserve Roastery in Milan on Friday, marking the coffee brand’s debut in a country whose cafe culture helped inspire its ethos.

Founder and former CEO Howard Schultz has said he became enamored with the country’s coffee culture in the early 1980s and used it as a model as he grew a small Seattle coffee chain into a global juggernaut.

The elegant 25,000-square-foot Roastery was built inside a historic former post office in Milan’s city square, Piazza Cordusio.  Like the other two roasteries — in Seattle and Shanghai — the Milan facility will offer locally roasted, small lot Arabica coffee, and baked goods prepared on site by Princi.

“The Roastery quickly reached capacity as people circulated, ordered coffee and food from Princi Bakery and shopped for merchandise,” a Starbucks correspondent stated on the company’s newsroom website.

Get a closer look at the Milan store and the grand opening festivities.