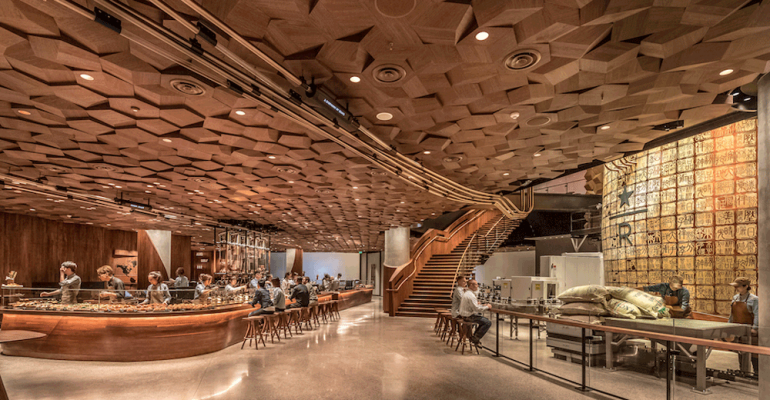 The 30,000 square-foot space is the company’s second Reserve Roastery. The other one, in Seattle, opened three years ago and is half the size of the new location, at 789 Nanjing Road W., which has three coffee bars offering multiple brewing methods.

Additional Roasteries are slated to open in Milan and New York in 2018 and in Tokyo and Chicago in 2019.

The Shanghai space also features a Starbuck’s Teavana Bar, as well as coffee from Pu’er, a famous tea area in China’s Yunnan province in the country’s far southwest. Pastry from the Italian bakery Princi is available, too.

In announcing the opening, Starbucks said China is its fastest-growing market, with a new store opening every 15 hours.

Take a look at the new Reserve Roastery in this gallery.