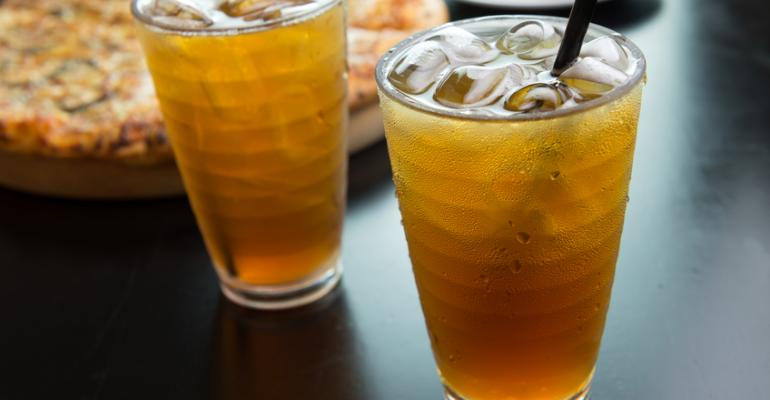 Peach tea proved to be the perfect match for the peach prosciutto pizza, a limited time offer Your Pie rolled out this summer, says Drew French, founder of the fast casual pizza concept.

“That was a good pairing,” French says. “We want to do different flavored teas based on the time of the year. Variety is a big part of our drink program, just like our pizza. Choice and customization is who we are.”

Fast casual restaurants, which already have a reputation for offering fresh, higher quality fare, are stepping up their beverage offerings, from iced teas and smoothies to flavored waters and beer, in an effort to meet consumers' evolving expectations for quality drinks.

Fast casual restaurants increased in unit count by 5 percent in 2015 and customer visits by 6 percent in 2016 over the previous year, according to The NPD Group, the Port Washington, New York-based data research firm. But while the fast casual segment has been growing, it is also facing, along with the rest of the restaurant industry, a sea of change in consumer beverage consumption.

Americans are drinking fewer carbonated soft drinks at home and away, according to NPD’s Eating Patterns in America report, while, dining out customers are instead more frequently choosing water and healthier beverages. This change in consumer preferences marks an opportunity for fast casual concepts, which are known for offering better quality foods and beverages, say operators and industry observers.

Your Pie, which is based in Athens, Georgia, expanded its tea program this year beyond the traditional unsweetened and sweetened teas to include more fruit flavors as a way to increase choices for customers and encourage them to select a beverage. The chain also is encouraging franchisees to partner with local craft breweries to offer seasonal brews, such as pumpkin beer in the fall, French says.

“We want to make sure the beverages match up to the food,” he says.

Also trending are green juices and smoothies which incorporate vegetables such as kale, cucumber and spinach. These are often paired with ginger, honey and/or agave. Sparkling beverages also are popular, including infused sparkling water. Beverages are being blended with less traditional and lesser-known fruit varieties such as dates, passion fruit and pear, blood orange and guava. Herbs, from ginger and mint to hibiscus and turmeric, are being incorporated into drinks, Datassential reports.

The Atlanta-based Wing Zone recently switched beverage providers and began offering a high caffeine soft drink as well as sweet and unsweetened teas by the half-gallon.

“Beverage consumption in the traditional manner is going down, but non-traditional consumption is increasing,” Corrigan says. “When we made the change, we wanted to make sure we had those options for people who do not want carbonated beverages.”

“You always want to raise the bar on a popular item and enhance your own brand by taking the time and effort to promote something special,” she says. “No one ever loses money selling liquid, whether it’s homemade sodas, coffee, teas or shakes.”

Emphasizing the flavor-filled notion, the four smoothies are made with a variety of berries and other fruits and juices — the Mango Tango, Blue Bayou, the Banana Very Berry, and the Berry Go Round.

“Smoothies or fountain beverages have a stronger margin,” O’Dell says. “We want to increase the incremental price with a secondary purchase.”

In January Pita Pit will begin offering a smaller pita on the menu – a 6-inch in addition to its regular 8½ - to 9-inch pita. Promotions will pair the smaller pita with drinks, including smoothies to keep ticket averages up for franchisees.

“A lot of our research has shown the millennial population is big into smaller portions and snacking,” O’Dell says. “We want to make sure we have a lower priced ticket item for them as well.”