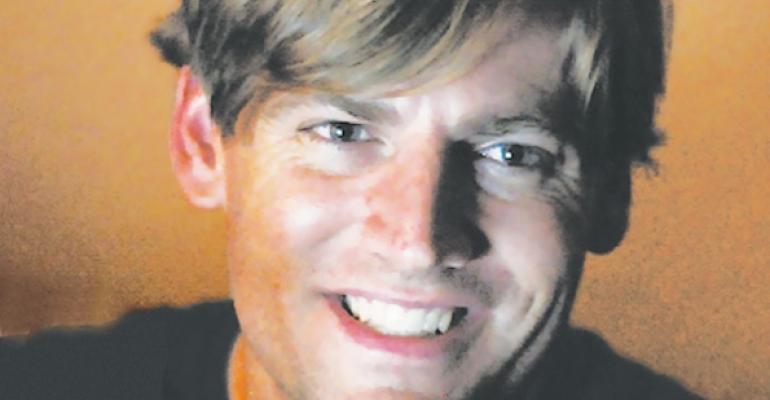 The pork loin? Ah yes, quite a nice offering from a farmer up the road who keeps animals raised on an organic diet.

Oh, the cocktails? Well, the vodka comes from halfway across the country, and the gin from across the Atlantic. Local spirits? Umm, well no, not really. How about a Shirley Temple for the little one (cough, cough)?

All too often, when we dine out in today’s ever-evolving landscape, we see that the chef has taken the sourcing of his ingredients very seriously. In fact, it becomes a point of pride for the restaurant’s definition of itself. No longer are the words “local,” “seasonal” and “artisanal” unique buzzwords; they have come to be expected.

We are increasingly eating local, but are we drinking local?

Today, the craft-spirits market is exploding. According to the American Distilling Institute, there were roughly 50 micro-distilleries operating in 2005; today, there are about 250 spread among 45 states. Operators who aren’t paying attention to the movement are missing an important opportunity to brand themselves, enhance their guests’ experiences, make relationships with the community and find cohesiveness between the back-of-the-house and the front-of-the-house approaches to what they’re offering.

Craft distillers champion local ingredients, employ local people and bring a sense of pride and connection to the community. So why, when we walk into a fine-dining operation, or even Bob’s Burgers on Main Street, do we see the same 20 mainstream offerings on the spirits list we’ve seen for decades, especially when their food has progressed with the times?

A couple of years ago, I noticed our No. 1-selling spirit came from across the country. Images of trucks spewing diesel across the Rocky Mountains to get it to us came to mind. And who are these people who make it? I’m sure they’re wonderful, but I’d never spoken to them or met them. It seemed a little silly that all the food in the kitchen came from as close to New York as possible, but the cases of spirits had logged enough miles to make George Clooney’s character in “Up in the Air” jealous.

That’s when it hit me: Surely there are people in our very own state, or at least on our coast, doing exciting things with their stills.

With minimal digging I found they were all around us. And more than that, they were fascinating people who deserved a stage to tell their stories and show off their efforts. I then went a step further and made a decision that our specialty cocktails would only use spirits, or secondary components, from New York. I’m not going to lie: It wasn’t all puppies and roses. There was a bit of resistance from our bar team; they were concerned that their freedom to create would be severely hampered. I was basically telling them, “OK, so that big tool box you’ve been getting to know — well, you can only use the items in the top drawer. Everything else is off-limits.” But I wanted to see if it was possible.

Within a month or so we had developed a full list of new drinks, all featuring local spirits. Meeting the producers in person was a joy for us, and for them to see their products featured front and center at our bar was a joy for them. That’s the thing I love most about this business: the people behind the products. And when we support each other, it’s a beautiful thing.

Then the press came knocking, resulting in a multipage story complete with recipes and pictures. You could feel that this little shift in focus had made a big impact on our staff. Servers were eagerly telling the story of the young guy who left his career in finance to open a distillery in the heart of Brooklyn, N.Y. Guests were excited to learn and taste what was happening in their own backyards — and to show off their newfound knowledge with their friends.

We’ve continued to feature local spirits for nearly two years, and it has given us an opportunity to engage within the beverage community, to build relationships, to educate our staff and to do events with the producers.

And all in all, it wasn’t really a huge shift; we simply brought the focus of the kitchen to the bar.

Another added benefit, according to Gus Karalekas, owner of Sanfords Restaurant in Astoria, N.Y., is the cost.

“It took a little leg work to find them, but it was actually cheaper to buy local spirits. There are no middlemen distributors, and they have no marketing expenses, so I can sell them at a more accessible price point.”

The local movement isn’t going away any time soon, and with minimal effort operators can enhance their spirits programs by just adding a few new products to their bar — products that deserve to be celebrated, from producers who deserve to be given a stage.

David Flaherty is the operations manager and beer and spirits director for Hearth Restaurant and the Terroir wine bars in New York. He is the cider and spirits editor for the New York Cork Report and also writes about wine, beer and spirits on his blog, Grapes and Grains, www.grapesandgrainsnyc.com.