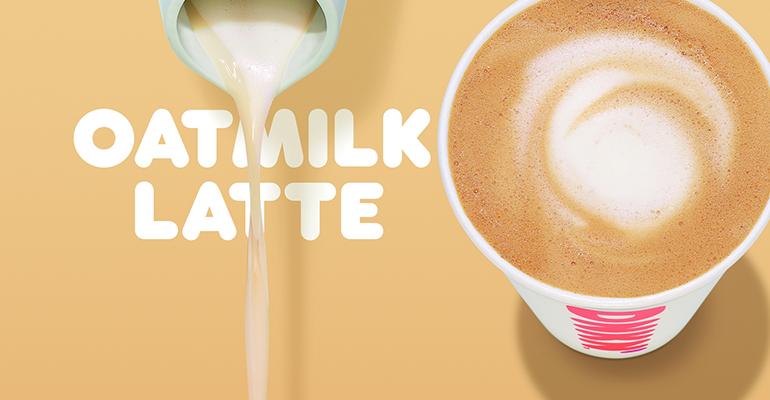 Chain embraces non-dairy milk, one of the hottest trends in food

Today, Dunkin’ announced it would start offering oat milk lattes. Does this story sound familiar? It might. Earlier this week, coffee competitor Starbucks announced a lineup of coffee drinks with vegan milks, like almond, coconut, and yes, oat milk.

Over the past few years, Canton, Mass.-based Dunkin’ has been working to establish itself as a more affordable alternative to traditional coffee shops, particularly Starbucks. It’s latest espresso line, launched in 2018, aimed to “democratize” espresso by removing two of the pain points associated with typical coffee shops — the high costs of beverages and the slow speed of service.

The addition of oat milk, available now in California locations and nationwide in the spring, is the latest attempt to serve the desires of more espresso fans. This isn’t the brand’s first foray into non-dairy milk. The brand added almond milk in 2014 and has touted its line of vegan-friendly menu items in the past. More consumers, vegan and non, are clamoring for oat milk. In the 52 weeks ended Oct. 26, 2019, oat milk sales grew by 636% in the U.S, according to Nielsen data.