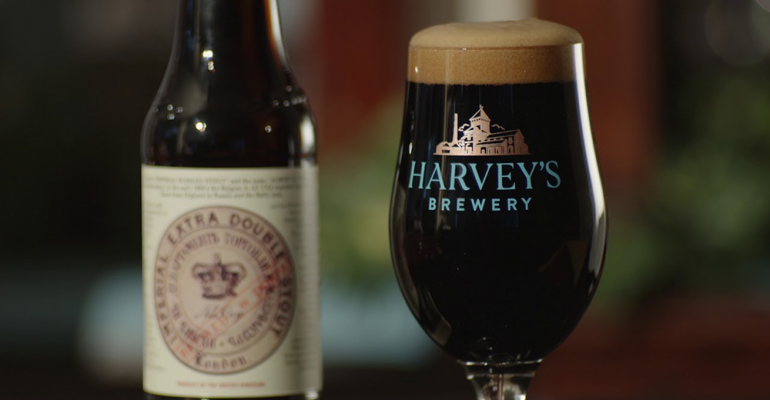 Harvey’s Brewery, based in East Sussex, England, brews many varieties of beer, including this imperial extra double stout, a strong “occasion ale” with 9% alcohol
Menu>Beverage Trends

From bitters to brown ales, IPAs and porters, English beer styles bring their complex flavors to American bars and restaurants

When I first arrived in Northern England as a wide-eyed, 21-year-old foreign exchange student, it’s safe to say I was a fish out of water. My clothes, my accent, my mannerisms, all instantly gave me away as an outsider. And when I walked into my first pub in the small town I would call home for the next year, I had no idea there was a “local” side (turn to the left when you enter) and a “student” side (turn to the right). I, of course, mistakenly went to the local side. And while I wouldn’t return to that side for quite some time, some things were immediately clear to me: The culture of the pub was rich with tangible history and customs, the smell of unknown foods filled the air, and the beers were unlike any I’d encountered before. My education, in so many ways, was just beginning.

England’s contribution to the world of beer cannot be understated. From its influential pub culture, inspiring many bars and restaurants around the world, to its numerous beer styles that dominate the scene and continue to inspire new variations, England has had an invisible hand in shaping beer drinkers’ perceptions for thousands of years. By pulling these traditions into the light, one can better present the world of beer, and its fascinating march through time, to their guests. “English pub culture set the tone for everything from happy hour to sports bars,” said Hayley Jensen, owner of Beer Barrio and Skytown Beer Company, both in Wilmington, N.C. “And they also set the standard for session beers — they favor long drinking sessions of lower ABV [alcohol by volume] beers, which is something we’re just now seeing come back into favor.” 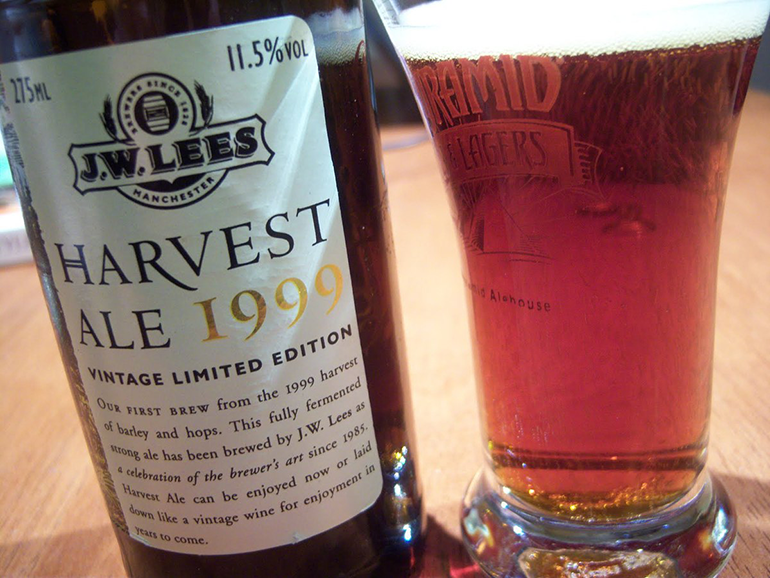 This “strong ale” is a lesser-known style imported by B. United International.

It’s widely accepted that when the Romans arrived in England around 54 B.C. that a long history of beer brewing was already underway. The Romans continued to expand the tradition, and in addition to building roads, they set up their tabernae along their trade routes, which became the foundation for the English pub. These would evolve, and during the Middle Ages, the pub (or ‘public house’) became the gathering place of the community.

“It's telling that so many bars and restaurants, including ours, invoke British themes to connect themselves to their patrons,” said Dylan Mosley, head brewer at The Civil Life Brewing Company in St. Louis. “If we think of our lives as having discreet work/religious/government/private/family spheres, then perhaps the one place where they all intersect is the pub.”

Before industrialization, pubs were also where much of the brewing took place.

“The history of English beer is, as with many traditions, local production for local consumption,” said Jon Lundbom, division manager for B. United International, which sells a large portfolio of imported beverages. “The English beer tradition has been codified as ‘cask ale’ or ‘real ale,’ which is unfiltered and unpasteurized beer that’s been conditioned in the same vessel it’s served from, and dispensed without the addition of gas. It’s an incredibly specific tradition.”

Cask-conditioned ales have skyrocketed back to fashion over the past few decades. This is particularly due to the efforts of CAMRA, or Campaign for Real Ale, which formed in 1971 in England, and now has nearly 200,000 members.

England also has the honor of contributing many offerings to the pantheon of great beer styles. These include bitter, mild, brown, and old ales, as well as stouts, porters, and pale ales.

Bitters are basically the accepted national drink of England. “Pint of bitter, please” can be heard throughout the night when saddled up near the roaring fire of a pub. These are cask-conditioned ales, served on draft, but like many older beer styles that have significantly evolved, can cover a large range of flavor profiles, strengths, and colors. There are three common sub-variants of bitters: ‘ordinary’, ‘special’ and ‘extra special’ (or ‘ESB’)’ They range from golden to copper in color and have a caramel malt character that is balanced by fairly assertive English hops. And when it comes to food, “A great cask ale with a Sunday roast dinner is a traditional pairing,” Jensen said.

Mild ales exhibit a malty character, with little hop assertiveness, and are on the dark brown side. They are usually low in alcohol and exhibit mocha- and caramel-like flavors, while remaining light and refreshing.

Brown ales are similar to mild ales in character, while showing a bit more alcohol and a little less sweetness. Think roast pork and aged Gouda cheese when looking for pairings.

Porters first appeared in London and gained popularity in the late 1700s. Using dark, roasted grains in the brewing led to black color and produced flavors that were nutty, chocolatey and coffee-like. As the style gained fans, experimentation led to more variations, including stouts and numerous expressions showing varying alcohol levels and bitterness.

While stout evolved from porter and was originally known as “stout porter,” due to its higher alcohol level, the styles have both shifted greatly over time and spun off multiple sub-variations — Guinness stout, for example, is famously low in alcohol. In today’s world, even brewers themselves, can’t agree on the difference between the two.

For food pairings, these styles are dynamite with roasted or smoked foods like barbecue and sausage.

Up to the 18th century, most of the beers produced in England were dark brown in color, due to being brewed with amber and brown malts. But as malting technology improved, maltsters were better able to dial in the final color, allowing malt (and therefore beers) on the paler side to roar into fashion. These became known as “pale ales,” and spawned a whole new category of beer styles that would be English (and later American) pale ales, and the now hugely popular, India pale ales (IPAs).

There is much lore, romance and exaggeration surrounding the evolution of the IPA that often involves heroic tales of being brewed for the long ship voyage from England to India to keep the soldiers happy, but let’s leave that to beer historians.

It is, however, indeed true that the additional hops and higher alcohol that define IPAs did better protect the beer from spoilage. Pale ales are delicious with many foods: The classic combination of English pale ale and a burger comes to mind, as does the delicious pairing of IPA with bold, spicy foods like curry. English cheddars and mild blue cheeses are also worth trying with IPAs.

Last, but certainly not least are old ales and barleywines. These are beers often above 7% ABV that have a vast range of flavor complexity. They’re served in smaller servings and are more akin to after-dinner digestifs like Port and sherry. Both old ales and barleywines exhibit a malty sweetness and a dizzying complexity of flavors like nuts and toffee while also showing leathery, earthy flavors sometimes resulting from their long barrel aging. These are beers meant to be sipped, and you haven’t lived until you’ve paired barleywine with Stilton cheese.

“Our American customers are looking for beers and beer styles they

cannot get from the ever-increasing number of U.S. breweries,” Lundbom said. “We do not

import many English pale ales or IPAs, for example, as American breweries produce plenty. We are fortunate enough, however, to represent some very historic English barleywines and strong ales that are refreshingly unique in the U.S. market.”

And for future record, when faced with the option to go to the “local” side of the pub or the “student” side of the pub, choose the former. The conversation and the wisdom will reward you in spades.