/sites/all/themes/penton_subtheme_nrn/images/logos/footer.png
Recent
Recent
NRN editors discuss KFC’s new wraps, McDonald’s earnings and marketing, and TikTok
Feb 03, 2023
January was a strong month for restaurant hiring
Feb 03, 2023
Why data is crucial for both guests and employees, Freddy’s COO says
Feb 03, 2023
What the future of equipment looks like
Feb 03, 2023
How USHG committed to its journey on diversity
Feb 02, 2023
Featured
The emergence of mocktails
Jan 23, 2023
36 restaurant industry predictions for 2023
Dec 21, 2022
10 restaurant chains making waves in the breakfast space
Dec 14, 2022
How eco-friendly Seattle restaurant chain Just Poke is doubling in size in 2022
Nov 17, 2022
Menu>Beverage Trends 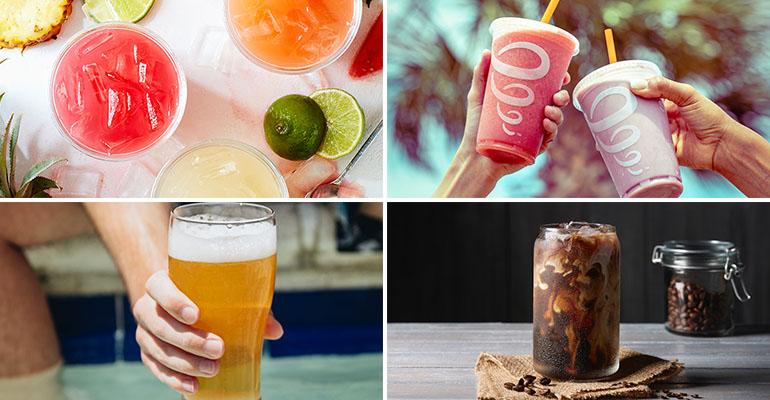 Dunkin’s has rolled out an array of new additions to drinks, such as sweet cold foam and popping bubbles. It also has smoked vanilla cold brew, among other things, as a limited time offer, and its testing cold brew coffee with coconut water in some markets and kombucha — yes, kombucha — in others.

Taco John’s has cold brew, too, now, and Roy Rogers has it as an LTO, while Dutch Bros. and Tim Hortons are testing new versions of that coffee genre.

Popeyes Louisiana Kitchen has a whole new lemonade platform, Smashburger has a lemonade shake, Wayback Burgers has tangerine lemonade and Lemonade the fast-casual chain has several new flavors of its namesake drink.

Pure Green has a new drink with spirulina, Robeks has Keto-friendly smoothies and Which Wich has a collab with MTN Dew.