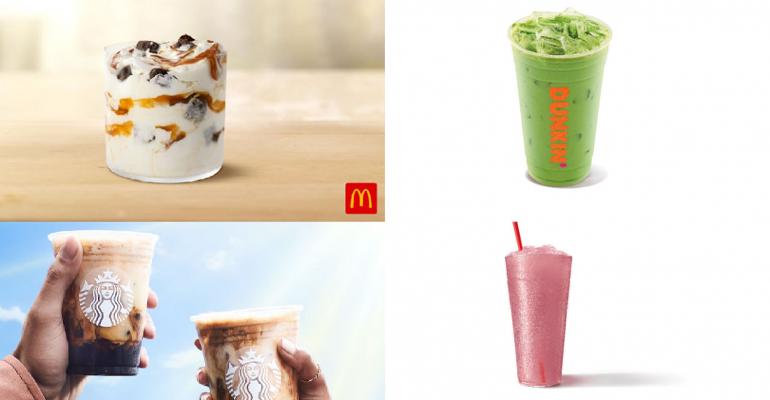 It has been a busy time for research & development in the highly profitable beverage world, with dozens of chains having rolled out limited-time offers over the past couple of months.

Related: Flavor of the Week: Hard seltzer — the flavored malt beverage that has captured the market

IHOP’s Bacon Obsession menu has a bacon milkshake and TGI Fridays’ Under the Big Top menu has several festive cocktails.

There are drinks with strawberries at Frisch’s Big Boy, Kung Fu Tea, Sonic Drive-In and Shake Shack, and a mangonada at Baskin-Robbins.

Cracker Barrel Old Country Store has a fruity tea, First Watch has a fruity drink with turmeric, Jamba has a lemonade with spirulina and Juice it Up! has açaí smoothies.