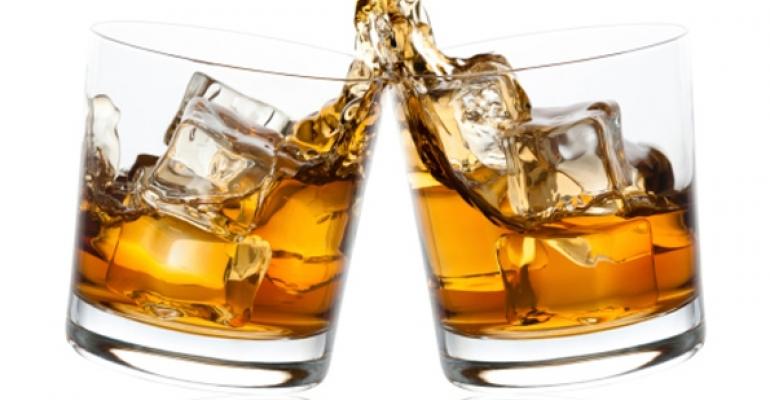 Scotch, bitter components and herbaceous liqueurs are appearing in more cocktails, according to beverage expert Gaz Regan, who analyzed the drinks he selected for his upcoming book, 101 Best New Cocktails, scheduled to be published in the spring.

“Putting this list together has become a great tool for me, since it gives me a clear picture of what’s actually working out well behind the bars of the world,” Regan wrote in a report sent to journalists and liquor industry members.

About half of the drinks he selected came from bartenders in the United States, with 16 cocktails calling for Scotch — just two fewer than rum.

“Scotch has barely been used in the cocktail world until 2013, and now everyone seems to have caught on to the fact that they can differentiate their drinks quite easily by calling for various bottlings of this amber nectar,” he said, noting that most of the Scotches selected had “very distinctive” flavor profiles. Ten of them were single malt whiskeys and six were blended.

Other whiskies also were popular, he observed. Eighteen American whiskeys — six bourbons, 11 ryes and one Tennessee whiskey — were used, as were four Irish whiskeys.

“There’s so much room for growth in the Irish whiskey category,” Regan said, adding that the spirit is “perfect for mixing.”

Similarly, cachaça was used in just one cocktail.

“I had cachaças that knocked my socks off in Rio [de Janeiro] a couple of years ago, but few of them are available outside of Brazil,” Regan said, adding, “It will be a while before bartenders figure out what to do with rum’s Brazilian sister.”

Cognac appeared in nine cocktails on Regan’s list. Most of those called for bottlings from relatively small companies.

“Cognac is finally gracing the shakers of the world,” Regan said.

Gin was used in 15 cocktails, tequila and mescal in nine, and vodka — the most popular spirit in the U.S. — appeared in six cocktails, two of which used cranberry- and apple-flavored vodkas.

“Many of today’s bartenders shun vodka, it’s true, but the best of the best cocktailians know exactly how, when and where to use it,” Regan said.

The caraway-flavored spirit aquavit was called for in five cocktails, the same number as absinthe.

Regan said he thought anise-flavored absinthe had likely become as popular as it would get, but he called it a “very important ingredient” in the bartender’s tool chest.

“Apart from the fact that it pairs so well to both Scotch and to mescal — both known for their smoky characters — absinthe, when used judiciously, can bring fabulous nuances to cocktails that can be gotten from no other source,” he said, while warning that using too much of the spirit would mask other ingredients.

Similarly, he said he doubted aquavit would “ever become a huge contender for a prime spot in mixologists’ bag of tricks, but it’s so darned distinctive that I believe that the best of the best in the business will have fun making it work in various formulas.”

More than 30 percent of the recipes in the book contain amaro, or bitter liqueurs, and Regan said he expected them to remain popular among bartenders.

“The fact that Chartreuse led this charge came as no surprise to me at all,” Regan said. “Bartenders love Chartreuse, and it’s an ingredient that adds layers and layers of complexity to a cocktail.”

Other popular liqueurs included maraschino, which was in seven drinks, and benedictine and St. Germaine, which were used in six drinks each.

As for fortified wines, sherry was an ingredient in seven cocktails, and port appeared in five.