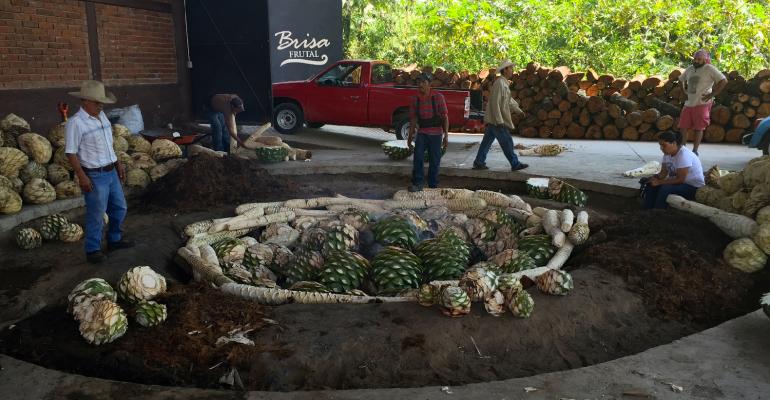 As tequila sales boom, mezcal hits the mainstream and other spirits gain devotees

When George Clooney and his partners founded the Casamigos tequila brand in 2013, they thought they may be on to something special, but no one would have predicted the cultural zeitgeist brewing in the United States for all things agave. Just four years later in 2017, Diageo would ink an agreement to acquire Casamigos in a deal worth close to $1 billion. Who says you can’t capture lightning in a bottle?

The U.S. is the world’s leading tequila market, and over the past five years consumption has grown by more than 40% by volume according to IWSR Drinks Market Analysis. Globally, the tequila market is predicted to surpass $6 billion by 2025.

But tequila is only one piece of the puzzle, and when one steps back to include the broader category of agave-based spirits, there is immense opportunity not only for entrepreneurs, but also for operators who are willing to step off the well-traveled road and look to the future. 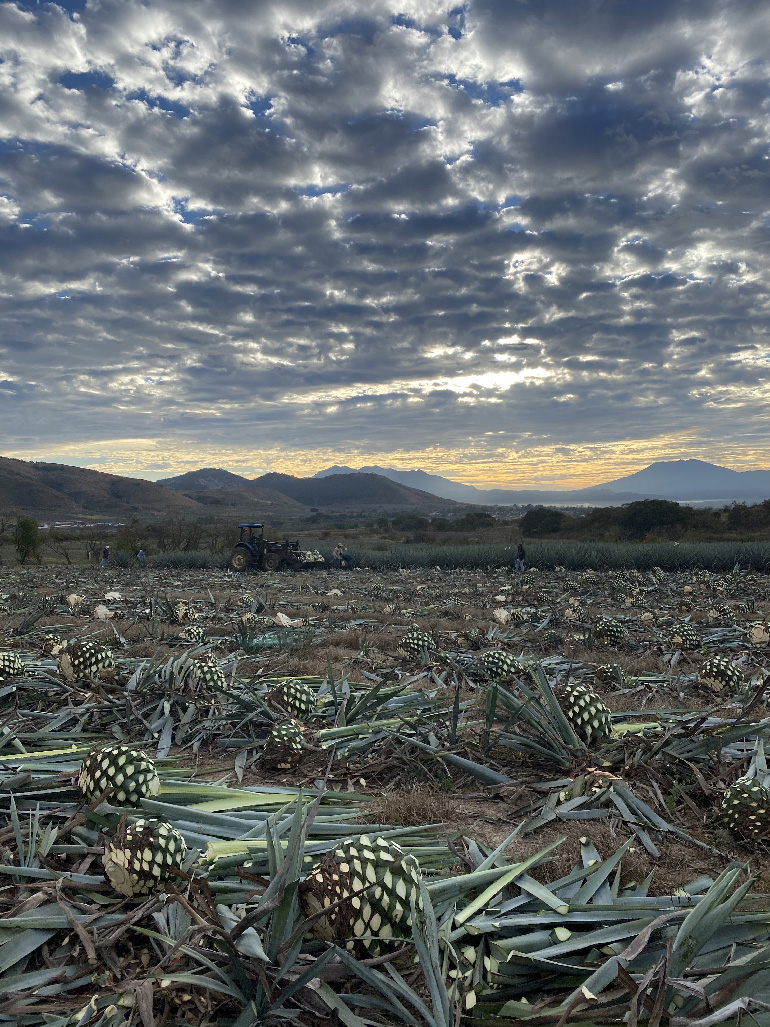 A field of freshly harvested agave fruit at sunrise in the Valley of Tequila.

Related: Flavor of the Week: Agave, a sweetener with a health halo

Starting at the northernmost point of Sonora (just south of the Arizona border) and running all the way down to the southern state of Oaxaca, Mexico is blanketed with hundreds of millions of agave plants that include hundreds of different species. Often confused with cactus, agave plants are actually succulents, with large leaves that end in spiny tips. At the heart of the plant lies the piña, which is shaped like a large pineapple, and after years of growth, is eventually harvested, roasted, crushed, and distilled to create a wide variety of spirits.

Agave-based spirits, such as tequila and mezcal, are made all over Mexico, with every state and micro-region producing their own expressions and operating under various forms of governmental regulation to protect regional styles. The expressions and range of flavors that can be found are countless, and much comes down to the production methods, as well as the different types of agave used by each individual producer.

Stocking one’s bar shelves with premium tequila offerings is a no-brainer, as the sales are near-guaranteed, and many operators are now also including artisan mezcals to broaden their offerings. But if you really look deeply at the market, you can also find Bacanora and Raicilla starting to find a foothold. 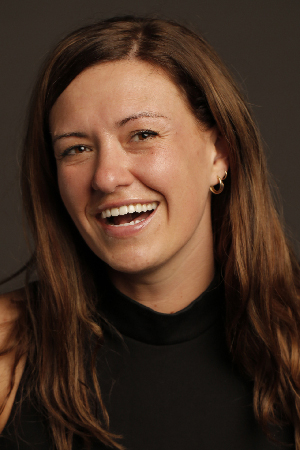 “When premium tequila came to market in the early 1990's, the world was in need of a new global spirits category — one with fun and culture behind it,” said Carolyn Kissick, who is a strategic advisor and educator for Tequila Partners, a company based in Mexico that offers individuals and companies the opportunity to create, manufacture and export their own brands. She noted that this big wave of premium offerings “was well led by brands like Patrón, who educated their consumers on where the product came from, and built a community around those who drink it.”

There are five Mexican states that are allowed to produce tequila, with a wide range of aging possibilities that lead to different colored spirits and expressions. The three primary tequila varieties are blancos, which are unaged and bold in flavor (and great for cocktails), reposados, which are light gold in color, showing more oak influence, and añejos, which are a rich gold color due to years of aging in barrels and show notes of vanilla and citrus.

According to IWSR, not only is tequila racing ahead of vodka in terms of sales growth, it's also seeing a premiumization in the market, with many high-end brands outselling value brands. And while añejos and other sipping tequilas are seeing strong growth, they’re also helping boost the demand for mezcal, which is showing an impressive rise in market share in the United States.

Mezcal can be produced in seven different states, and while many different types are allowed, it is commonly produced from five different species of agave. Typically, though, close to 90% of mezcal is made from the Oaxacan variety, Espadin. Different varieties of plants, combined with subtle climatic differences, will impact the final flavors, which are often, but now always, smoky due to the roasting of the piñas in wood-fired pits.

“For a long time, mezcal seemed to be the drink of choice for beverage professionals, but not necessarily ordered by non-industry guests,” said Amanda Reed, director of beverage for E3 Restaurant Group in Seattle. “However, this seems to be shifting. I think with certain myths being debunked — worms in bottles, all mezcal is smokey, etc. — and the growing awareness of the category, I’ve noticed an upswing in interest with the general public in recent years.”

At the Metropolitan Grill, a traditional steakhouse in downtown Seattle, Reed has recently added a few higher-end bottlings of varietal mezcals, as well as a mezcal-based cocktail to the signature drink menu. 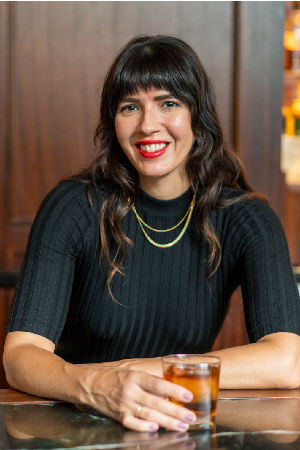 “The reception and sales of this drink have far exceeded my expectations, and we’ve been getting more and more guests inquiring about the category” she said.

For beverage geeks like Reed, the variety and breadth of mezcal offerings now available in the U.S. market is welcome.

“As someone who studied sociology, I am always drawn to the cultural significance of beverages with respect to where they come from. This is especially true with mezcal,” she said. “While the category has exploded in the last decade, it still feels unique and special. Each agave variety provides a completely different flavor profile, which is layered and nuanced and often provides a sense of place. In this way, I find it more like wine. It truly blows my mind.”

The success of tequila and mezcal has created an opening, as well as a sense of urgency for entrepreneurs like Carolyn Kissick, who moved to Guadalajara, Mexico, during the pandemic to join Tequila Partners where they help new brands navigate the U.S. market as well as facilitate partnerships between those within Mexico and those outside it. Kissick is taking the long view, and sees an opportunity for other agave-based spirits like Bacanora and Raicilla to follow suit in the coming decades.

“Both Bacanora and Raicilla are unique in their geographically allowed production areas,” Kissick said. “Where tequila and mezcal can be made in quite a large spanse of geographical locations, Bacanora can only be made in the state of Sonora, and Raicilla, for the most part, is made on the southern coastal part of the state of Jalísco. The bar and restaurant industry is definitely becoming more interested in them, but I would say they're still where mezcal was maybe 15 years ago, with a very niche following and a big challenge to overcome in terms of education and messaging about what the heck it is. I still do tequila tastings where people have no idea what an agave is, or where Jalísco is on a map — and that's for a spirit that is booming worldwide.”

One of the main reasons that Bacanora is only just now starting to be seen in the U.S. is because the spirit was banned in Mexico from 1915 to 1992 (though production continued illicitly). During Prohibition in the U.S., in particular, it often made its way over the border into Arizona and beyond. Its flavor is often described as being somewhere between mezcal and tequila. 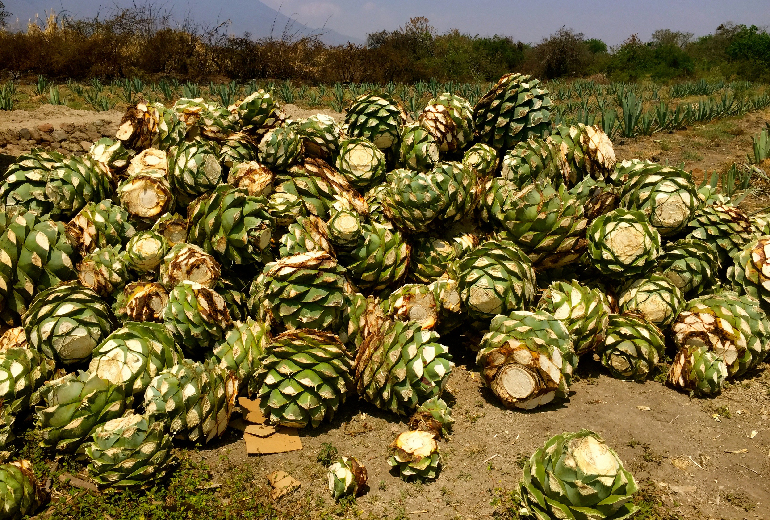 Agave fruit that will be made into mezcal.

Kissick believes that Raicilla, in particular, may eventually become the most sought after and enjoyed agave spirit in the U.S.

“It’s slightly tropical, creamy, fruity, and easily enjoyed in a cocktail or neat,” she said. “Bacanora is interesting to me with its ties to prohibition here in the states, and also the natural infusions, like star anise, that are just wonderful when included in the base spirit. I think they both have a long, long way to go to be accepted, but hope to see them more prolifically over the next few decades.”

From any angle you look at it, agave-based spirits have something for everyone. For the beverage geek, there is no greater transmitter of terroir and an endless range of possible expressions. And for the consumer, there is a sense of excitement and a thriving community around tequila and mezcal that is wholly unique, offering many opportunities for surprise and discovery.

An error in the name of IWSR Drinks Market Analysis has been corrected.
0 comments
Hide comments
Related
Sponsored