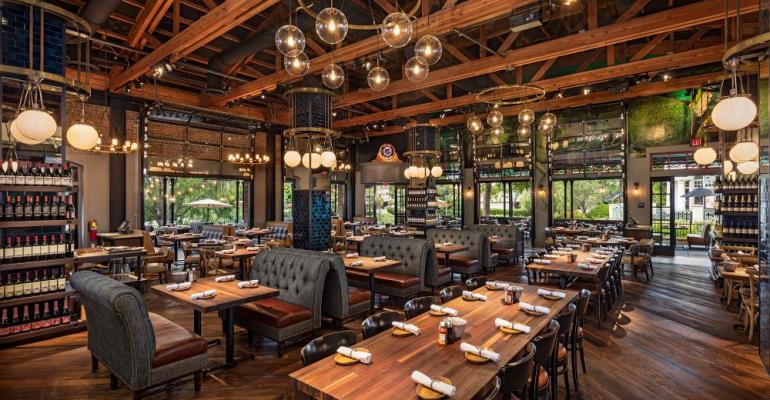 The first new unit since 2007 to open next year

Eight years ago, King’s Fish House embarked on a series of upgrades that tackled everything from the menu to staff uniforms at the 11-unit casual-dining seafood chain.

Diners enjoyed the elevated menu and service. But there was one glitch: the restaurant’s dated decor didn’t match the quality of the premium experience.

“It wasn’t much of a fit,” said Heath Bumgardner, vice president of operations at King’s Fish House.

The King’s Fish House redesign resembles the upscale décor of the brand’s sister-restaurant Water Grill, which King’s Seafood has been growing in recent years. The company’s sixth Water Grill is scheduled to open July 17 at the Forum Shops at Caesars Palace in Las Vegas. 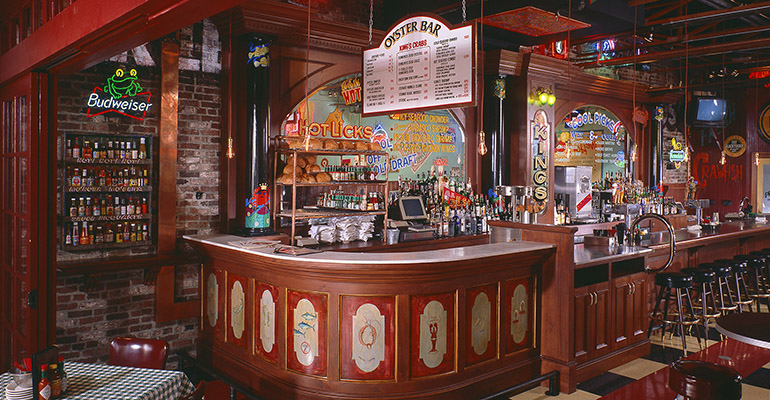 When the 7,100-square-foot Laguna Hills King’s Fish House was remodeled in 2017, the company made a bold — and expensive — decision to remove a wall that separated the bar from the dining room, for example. It created a large open space that included a dramatic nautical-themed bar. Seating at the bar nearly tripled from 12 barstools to 32.

King’s Seafood, which is spending about $2 million for each remodel, did not provide sales data on the return on investment. To date, six of 11 King’s Fish House restaurants have been remodeled. Bumgardner said the upgraded restaurants, which often close for at least eight weeks to complete construction, are beating revenue expectations. 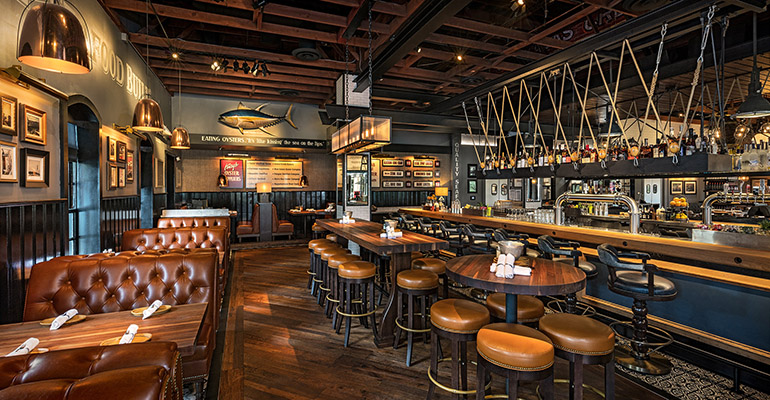 Guests, he added, are loving the energy of the swankier look.

“We were confident our guest counts and sales would increase. Those expectations have been exceeded,” he said.

The most dramatic change is an increase in bar sales, both in the dining room and at the bar.

The next two California restaurants slated for renovations are in Rancho Cucamonga and San Diego. It’s unclear when restaurants in Huntington Beach, Calif., Corona, Calif. and Tempe, Ariz. will be remodeled. Renovating the oldest restaurants are a priority.

“We don’t want to get too far ahead of ourselves,” Bumgardner said of the renovation schedule. “We don’t have every location mapped out.”

Besides Water Grill, King’s Seafood operates other seafood and steak house dining concepts including Lou & Mickey’s in San Diego, 555 East in Long Beach and Meat on Ocean in Santa Monica.

In 2012, the company remodeled the original Water Grill in downtown Los Angeles. That makeover sparked growth for the posh seafood concept, which is known for its raw oyster bar and rotating daily seafood specials.

A second Water Grill opened in Santa Monica in 2013, followed by a third at the Gaslamp Quarter in downtown San Diego in 2014.  Locations in Costa Mesa, Calif. and Dallas arrived a couple of years later.

King’s Seafood, a family run company founded by Sam King and his cousin Jeff King, has spared no expense when it comes to the luxury brand.

Shortly after the Water Grill opened in Costa Mesa, the company tackled the Laguna Hills remodel of King’s Fish House. That makeover, unlike earlier units,  added garage doors to create an expansive indoor-outdoor patio near the bar.

When the restaurant reopened, it become a top sales generator for the chain. Hour-long waits were typical in the middle of the week. Even more astonishing: the Laguna Hills restaurant is thriving despite its location on an exterior pad outside a shuttered enclosed mall.

“It is a ghost town,” Bumgardner said of the mall location.

Laguna Hills now serves as a model for the remaining restaurants.

“Every restaurant going forward will be like that,” Bumgardner said.

The remodels are proving to be so successful that King’s Seafood has decided to grow King’s Fish House again.

King’s Fish House, which held steady during the Great Recession, has not seen a new unit since the 2007.

That changes next year when the company opens a King’s Fish House in San Jose, Calif., bringing the total unit count to 12.

More are likely on the way.

As the brand scouts for growth opportunities for its various brands, Bumgardner said King’s Fish House and its “high guest counts” are now part of the company’s growth mix.

“This new King’s Fish House has some legs to it.”